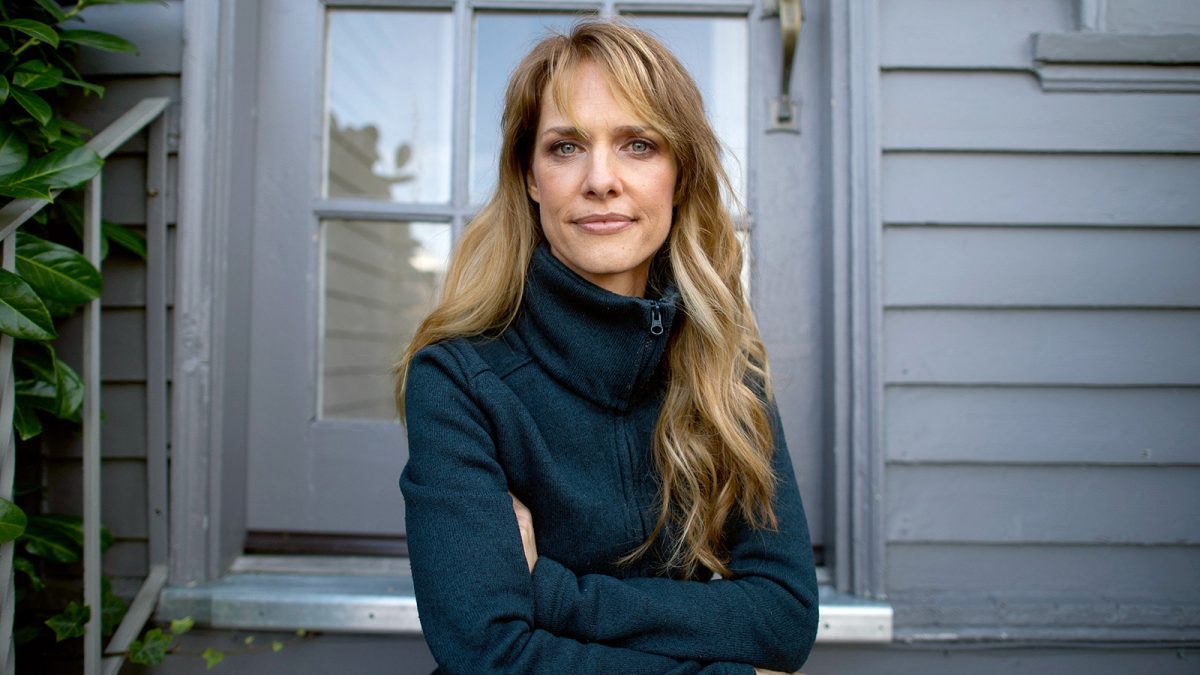 SEATTLE, WA (JULY 14th, 2020) — To honor the legacy of beloved filmmaker Lynn Shelton, Seattle’s Northwest Film Forum, alongside Duplass Brothers Productions, are launching the Lynn Shelton “Of a Certain Age” Grant. The $25,000 unrestricted cash grant will be awarded each year to a woman or non-binary U.S. filmmaker, age 39 or older, who has yet to direct a narrative feature.

Shelton often spoke of feeling inspired after seeing filmmaker Claire Denis speak at Northwest Film Forum and learning that Denis did not make her first feature until age 40. Shelton went on to make her own first feature film (We Go Way Back) at the age of 39. In the years since, she built a prolific canon of feature and television work and made an indelible mark on the landscape of American cinema.

“This grant seeks to reinforce that great filmmakers can emerge at any age, and to elevate the voices of a segment of the filmmaking community who have precious few resources dedicated to supporting them yet plenty of stories to tell,” explains Megan Griffiths, Shelton’s longtime friend and collaborator, who is working in her capacity as a member of the board of Northwest Film Forum to help establish the grant. “Lynn was 39 when I met her on her first feature, and I watched her grow as an artist and become more certain in her path with every passing year. She wore her ‘late bloomer’ status as a badge of honor and we know she would be thrilled that this grant exists in her name.”

The grant fund was spearheaded by Duplass Brothers Productions, which includes Mark Duplass, Jay Duplass and Mel Eslyn, and has since been bolstered by many others, including Washington-based production company COLOR, Tracy Rector, Eliza Flug, Marc Maron, Joshua Leonard & Alison Pill, Michaela Watkins & Fred Kramer, CB Shamah, Chris & Philip Wohlstetter, and Jennessa & Robert West. It will be stewarded by Northwest Film Forum, one of Shelton’s favorite non-profit organizations and a community film center that supported her in her early years and throughout her career.

“In an industry where women, non-binary, and trans individuals have historically had less success and visibility, hearing Lynn Shelton’s story of coming into film at an older age has been extremely inspiring,” says Vivian Hua, Executive Director of Northwest Film Forum. “The scope of this grant will ensure a positive impact on the lives of future recipients for years to come.”

Mel Eslyn, president of Duplass Brothers Productions, adds, “There was an appreciation and an immediacy to the way Lynn approached her film and TV career, which she openly credited to her ‘late start.’ Now finding myself approaching the same age Lynn got started, I find it comical to think we call 39 a ‘late start.’ But the reality is there is just not enough representation of women over a ‘certain age’ in media, in front of, but even more so, behind the camera. We hope that this grant can be a meaningful step towards helping to change that.”

Shelton emerged from her hometown of Seattle to become a major force in American independent cinema and a prolific television director. She was a vibrant, kind, creative human being. Her work drew acclaim for its compassion, humor, unique voice and wonderful performances. Shelton directed eight features including HUMPDAY (2009), YOUR SISTER’S SISTER (2011), OUTSIDE IN (2018), and last year’s SWORD OF TRUST. Shelton also worked in television, directing memorable episodes of acclaimed series, including “Mad Men,” “GLOW,” “The Mindy Project,” and “Little Fires Everywhere.”

For those looking to give in her honor, donations to the Shelton/Seal Family Fund for the Northwest School for Deaf and Hard-of-Hearing Children, or Seattle’s Northwest Film Forum are encouraged.

Additional information about grant eligibility and administration can be found here.

Founded in Seattle in 1995 as an independent film and arts nonprofit, Northwest Film Forum incites public dialogue and creative action through collective cinematic experiences. Each year the Forum presents hundreds of films, festivals, community events, multidisciplinary performances, and public discussions. As a comprehensive visual media organization, the Forum offers educational workshops and artist services for film and media makers at all stages of their development. nwfilmforum.org

In television, DBP was previously in an overall deal with HBO which yielded the hit series ROOM 104 (currently in its fourth season) and TOGETHERNESS, both of which Mark and Jay created, directed, and executive produced. HBO licensed DBP’s animated series ANIMALS, which ran for three seasons.

DBP is also active in the docuseries television space, best known for producing Netflix’s WILD WILD COUNTRY, winner of the Emmy Award for Outstanding Documentary or Nonfiction Series in 2018. DBP also produced EVIL GENIUS for Netflix and ON TOUR WITH ASPERGER’S ARE US for HBO, and they will release a new docuseries on HBO and Hulu in 2020.

DBP’s recent feature film productions include THE ONE I LOVE, TANGERINE, the CREEP franchise, PADDLETON and HORSE GIRL. Both brothers have also been prolific in front of the camera. Mark is a series regular on the Golden Globe-nominated Apple series THE MORNING SHOW, and Jay starred in all four seasons of Amazon’s award-winning series TRANSPARENT, as well as the series finale movie.

Your investment in the power of film and visual media helps Northwest Film Forum evolve a forward-thinking vision that supports Seattle's arts community in all of its beautiful diversity.

In light of ever-changing circumstances around COVID-19, and in our best attempts to be responsive to community and public health needs, NWFF will temporarily be closing our physical space to public events. This decision does not come lightly. The detrimental impacts of COVID-19 are massive, with a disproportionate impact on small businesses, nonprofits, students, artists, gig workers, and many other marginalized groups who lack strong social safety nets. We are not independent of that, and in this time, we ask you for your support. If possible, please consider making a donation to our organization or becoming a member.

Regardless of all that is happening in the world, we at NWFF are proud to celebrate our 25th Anniversary this year. Our organization has evolved from a filmmaker’s collective into a robust multimedia hub, film center, and community space which serves a large cross-section of Seattle’s creative, nonprofit, and grassroots communities. Our ability to remain nimble and adaptable in times of crises is one of our strong suits.

Art offers hope, and it must endure, especially in times of difficulty. To stay up-to-date, please follow us online:

Thank you for being a part of our community,