What’s On
Calendar
Local Sightings 2020 – What is Documentary in This Moment?

Local Sightings 2020 – What is Documentary in This Moment?

What is Documentary in this Moment? is resoundingly relevant each day within civic and creative life, as documentary is the make up of cinematic non-fiction, to journalistic inquiry, to cell phone and bodycam/surveillance… What is being documented, by whom, and why?

This panel discussion focuses on Black-led media documentation of current social and political engagement around the fight against police brutality and reinvesting in Black and Brown communities; a central and critical discourse in our country and communities. This panel, facilitated by Karen Toering (film programmer/curator), with panelists Omari Salisbury (Converge Media), Seattle Morning Marchers (Livestreamers) and Anthony Tackett (Black June documentary), explores perspectives on what documentary media is in this moment, what its future potential could and will be, and the importance of who is telling the story.

Donation & info portals for each: 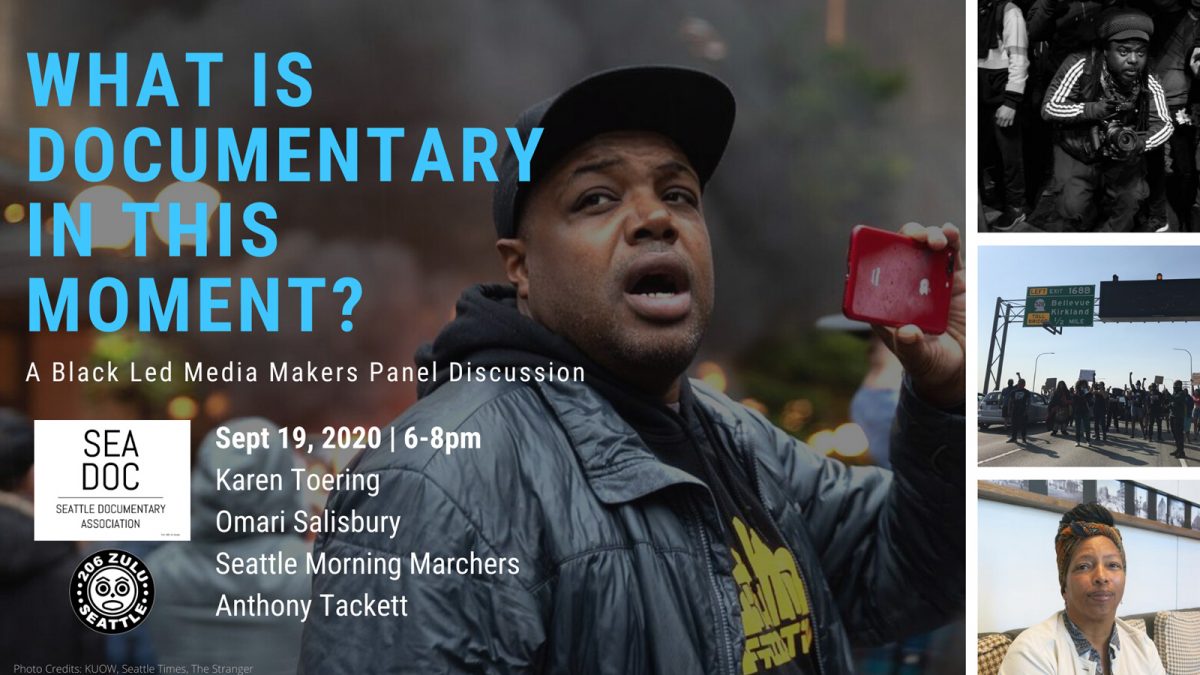 ** Co-presented by 206 Zulu – Dedicated to providing accessible spaces while serving communities through the upliftment, preservation, and celebration of Hip Hop culture **

Back to Festival Catalog: