Please pay what you can; all proceeds support Liebig 34 directly. We are aware that there may be barriers to international ticket purchases; independent donations to Liebig are possible here and through the button below.

** This program includes a conversation with former residents of Liebigstraße 34 and participating filmmakers. **

In early October 2020, Liebigstraße 34, one of Berlin’s last legalized squats, was evicted by 1,500 police officers. Liebig34 was an anarcha-queer feminist house taking up an entire city building block corner. The 30-year-old autonomous collective supported ideas of D.I.Y. and consensus, and cultivated a living space that did not foster homo- & transphobia, sexism, and racism, and where residents had a range of identities but could not be cis-men. The building included an Infoshop called “Daneban,” stocked with books, zines and pamphlets created by the international anarchist scene. Also on the ground floor was a bar and performance space run by the XB collective, who also served affordable vegan VoKü (“people’s kitchen”) dinners once a week.

On February 13, we will screen It’s on Liebigstraße 34, a short documentary by Liza Lindgren and Siri Hedenström, about the house as it was in 2006, as well as a short film by Jaime Iglehart about a squatted forest in France and a call to action video by LeftVision. These films will be followed by a discussion with former residents of the house, talking about the memories and realities of Liebig34, the circumstances of the eviction, and the current climate in Berlin and internationally for collective anti-capitalist spaces. Proceeds will support the needs of the Liebig34 community.

Films in this screening: 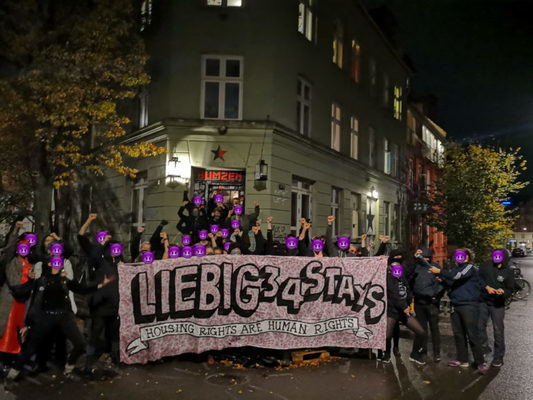 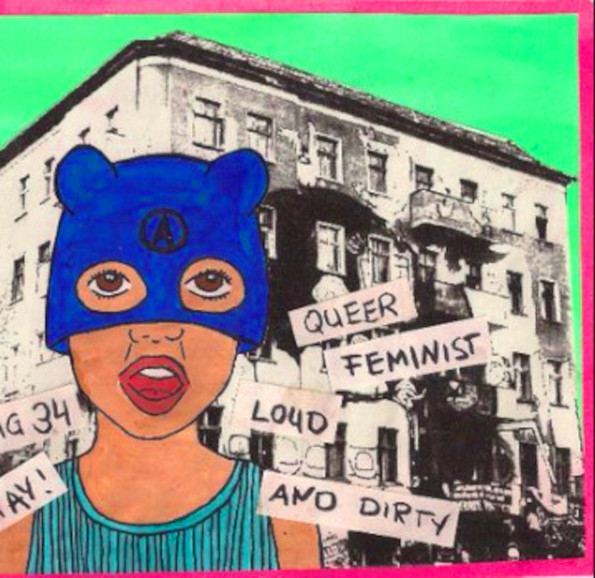 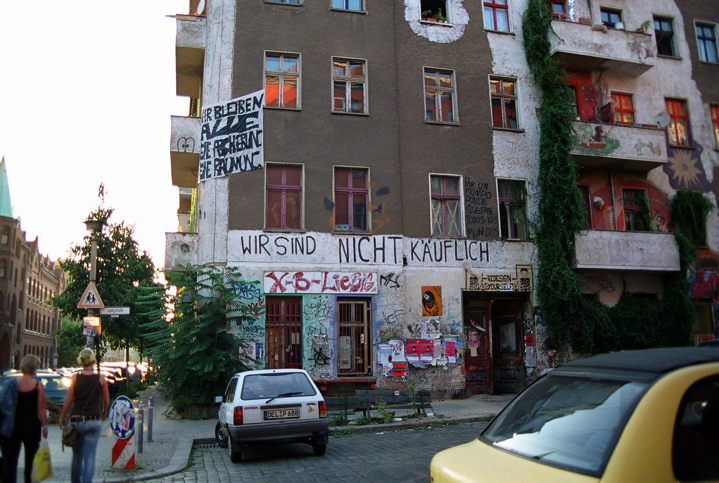 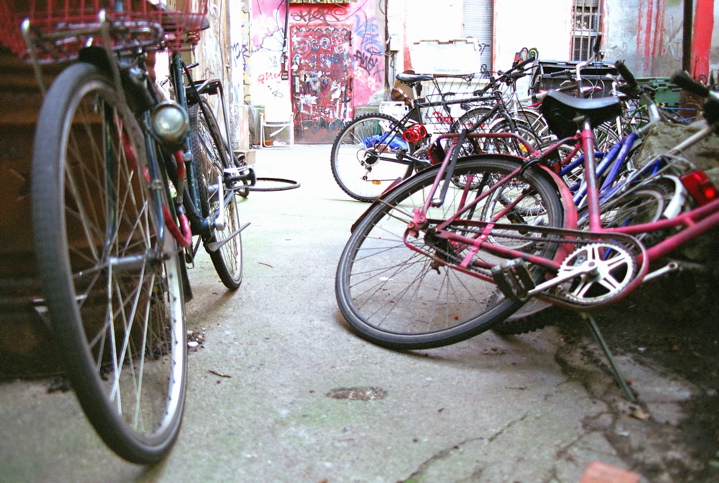 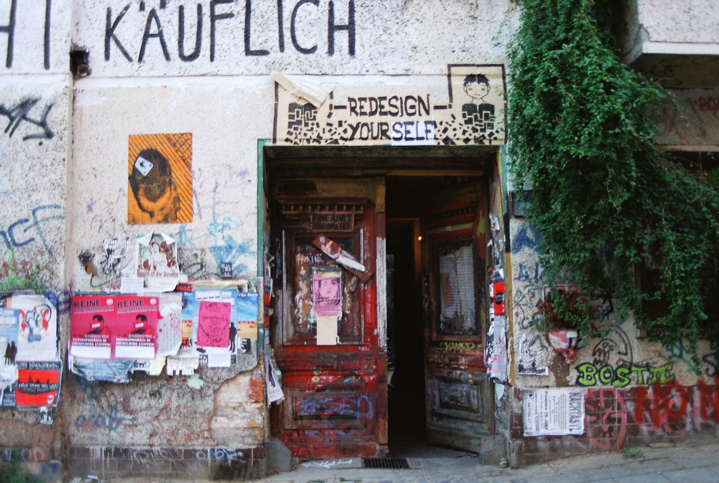