What is Home an Obscure Kingdom an Opera Buffa It’s You Always You is an immersive evening-length event that inhabits a central question: what is belonging? In our time, and in Seattle specifically, this question holds a complicated response that is both intuitive and pragmatic, psychological and highly environmental. Created by Coriolis Dance Co-Artistic Director Christin Call, What is Home takes on the elaborateness of this response by assembling a museum come to life. The evening is a participatory experience that encompasses movement installations, interactive exhibits, dance films, and a layered dance theater performance. Absurdly imaginary, ridiculously ornate, What is Home creates a container for true pathos towards the vital human experience of feeling at home.

Credit for all graphics: Photo by Bret Doss, Design by Christin Call.

Excerpts from Dylan Austin’s interview with Christin Call for CapitolHillSeattle.com >

On the impact of economic booms and busts on minority communities: “… people of color and black communities especially are really hit by it, from the research that I have done. The development happens there first, and people get displaced, and so there is a huge effort for those stories to be told, but it’s sad that there is a reason for those stories to be told before they’re gone. …it’s strange because on the one hand, you feel like there’s a lot of money in this city right now – but are the arts being elevated along with the economy? No.”

On audiences relating to the themes of minority and artist displacement: “…[the show] takes an emotional attachment to experience. It’s quite dramatic. It’s where that absurdity comes in, it’s sort of ridiculous how histrionic the world can be, but there’s also that little sliver of how our experience really is that severe, that dramatic. The stakes are quite high.”

Read Rich Smith’s interview with Call for The Stranger >

“Listening to Call tease out the meaning of (the title) filled me with wonder and revealed the connections she sees between personal and political constructions of “home.”“ 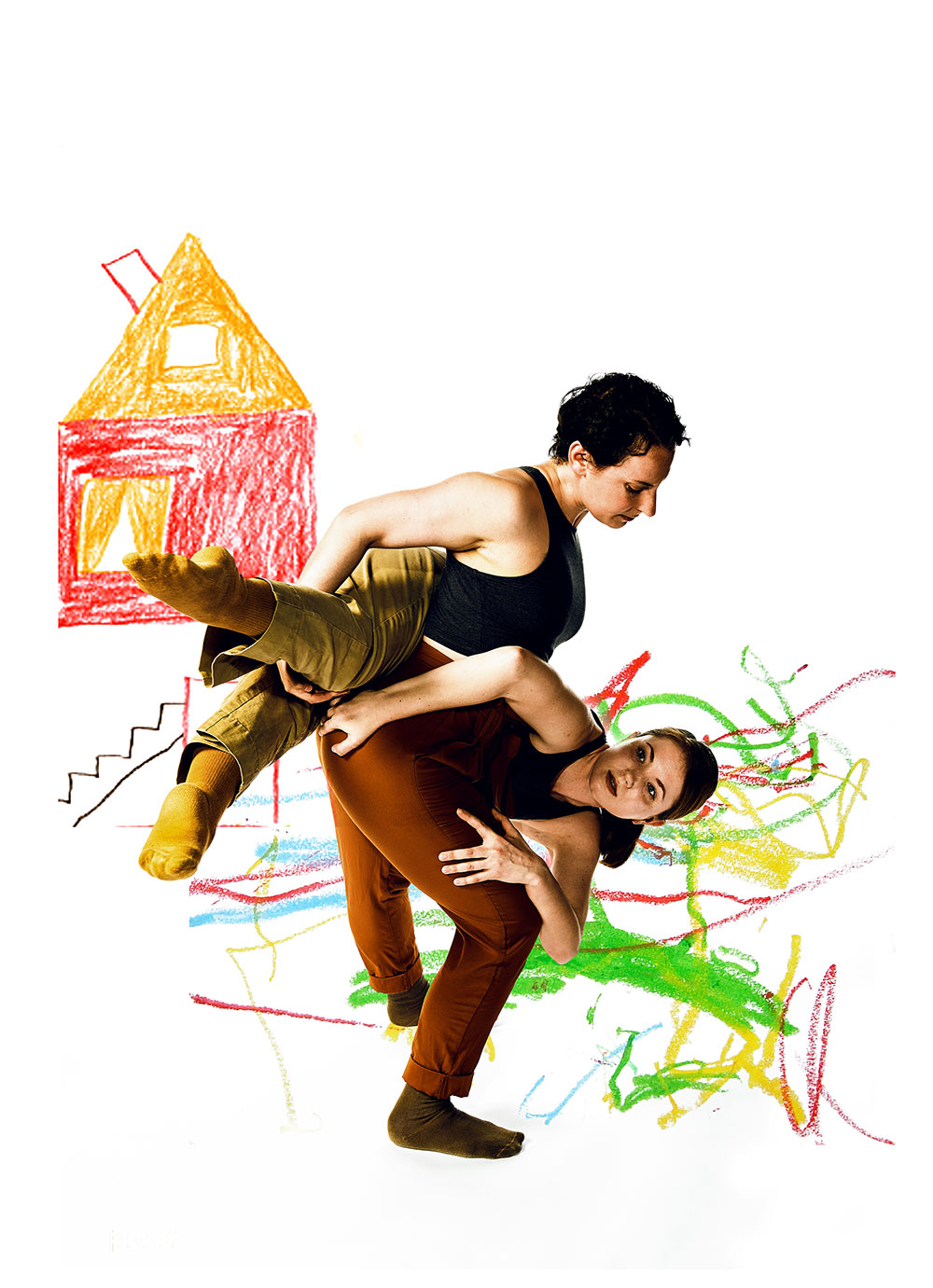 Christin Call is an assemblage artist living in Seattle, WA. With a BA in Painting and Art History Christin creates films, dances, visual art, and poetry. She has exhibited drawings, paintings, books, photographs, and sculptures in the Midwest and Washington, as well as co-curated exhibitions at the Ulrich Museum of Art and Project Gallery (KS). She was featured as an emerging poet by the Boston Review with a personal foreword by two-time National Book Critic Circle award winner Albert Goldbarth for her series of visual poems that utilized her own invented language, later exhibited at the Ryan James Gallery (Bellevue, WA). She has self-published two collections of poetry, The Mountain? The Mountain in 2008 and cede the crown palaver (failed attempts, false starts, and a sincere apology) in 2014, which was also sold at Open Books in Seattle, WA. Her critical writing has been included in catalogues for the Ulrich Museum of Art as well as arts publications such as Review (Kansas City), F5 (Wichita, KS), SeattleDances, and STANCE: a journal of choreographic culture (Seattle).
​
As a dancer, she received her classical training in the Cecchetti method from Nancy Hervey and Jill Landrith of Wichita, KS, supplemented by studies at the Harid Conservatory, Kansas City Ballet, and Milwaukee Ballet, as well as attending a Gaga Intensives in New York with Co-artistic Director Adi Sawant. She has worked as a principal artist at Metropolitan Ballet of Wichita, Evergreen City Ballet, ARCdance, and Olympic Ballet Theatre, and in the contemporary realm she has worked with choreographers such as Jason Ohlberg, Catherine Cabeen, Selfick Ng-Simancas, and Daniel Wilkins, as well as danced with the Seattle Opera . She has been working with New York-based director Lauren Hlubny for the last four years, most recently touring her work sans to Florence. Christin is currently a Co-artistic Director and dancer of Coriolis Dance where she has created roles in works by Zoe Scofield, Joshua Beamish, Ezra Dickinson, Rainbow Fletcher, and Natascha Greenwalt, among others. Christin’s work try to hover (or Private Practice 7) was performed by Coriolis and presented at On the Board’s NW New Works Festival 2011. She was a recipient of Project: Space Available’s 2011-2012 Artist Residency where she created a performance installation work called An apology for Zeno and the alchemical pattern which included painting, time-based sculpture, crocheted installations of the artist’s hair, and a performance with a milk-filled pool and pigment. In 2012 she and Natascha Greenwalt received Open Flight Studio’s Flight Deck residency to begin their co-choreographed work Insofar as the landscopic field report. A residency at Studio Current, Seattle, WA which resulted in the full-evening work Unfixed Arias, previewed at the Belltown Collective in 2014 and premiered at Open Flight Studio in 2015. In 2016 she was the recipient of the eXit Space Art Residency in order to develop her first short dance film, Voluntary Caesura, which was awarded Best Dance Film by Seattle Transmedia and Independent Film Festival. A residency and partnership with Seattle Demo Project initiated the assemblage series What is Home an Obscure Kingdom an Opera Buffa It’s You Always You.

Coriolis Dance is the creative nexus by which Co-artistic Directors/Co-founders Natascha Greenwalt and Christin Call create new, post-disciplinary dance works at the intersection of all art forms. The Co-Directors have commissioned and created works for seven fully self-produced shows that curate a larger vision of the capabilities of ballet as an artistic medium with inherent technical rigor. In the 35+ works in its repertoire, Coriolis uses ballet technique as a self-aware vocabulary that, through manipulation and molding, is contextualized with contemporary issues.

The mission of Coriolis Dance is to create new dance works that expand the boundaries of and the way we experience the intersection of all art forms. Formed in 2008 Coriolis has presented original work by exciting, recognized choreographers such as Princess Grace Award Winner Zoe Scofield, Joshua Beamish of B.C.’s Move: the Company, Can-Can Castaways Artistic Director Rainbow Fletcher and her Co-Artistic Director of Offshore Project Ezra Dickinson, Trey McIntyre dancer Lauren Edson, and Alaska Dance Theater Artistic Director Gillmer Duran. The company has also fostered unknown, emerging choreographers such as Hannah Lagerway (formerly Spectrum Dance Theater), Selfick Ng-Simancas, and the critically acclaimed works of the Co-artistic directors themselves.

What is Home is partnering with Facing Homelessness whose message of kindness is incorporated into the installations of the museum.

What is Home is supported, in part, by a Sustained Support award from 4Culture. Development of this work provided by Velocity Dance Center‘s Creative Residency Program. What is Home films were made in partnership with Seattle Demo Project and with the support of eXit Space Dance Studios. This project has been generously underwritten by Case van Rij.