What’s On
Calendar
zoe | juniper's "ordinary grief / the people to come." [This is Beethoven Festival Online]

zoe | juniper's "ordinary grief / the people to come." [This is Beethoven Festival Online]

ordinary grief / the people to come.
a new dance film by zoe | juniper

Zoe Scofield and Juniper Shuey (zoe | juniper) create their first dance film in dialogue with Beethoven’s handwritten scores for his late quartets. The screening of this new work is presented in collaboration with Northwest Film Forum’s virtual cinema. 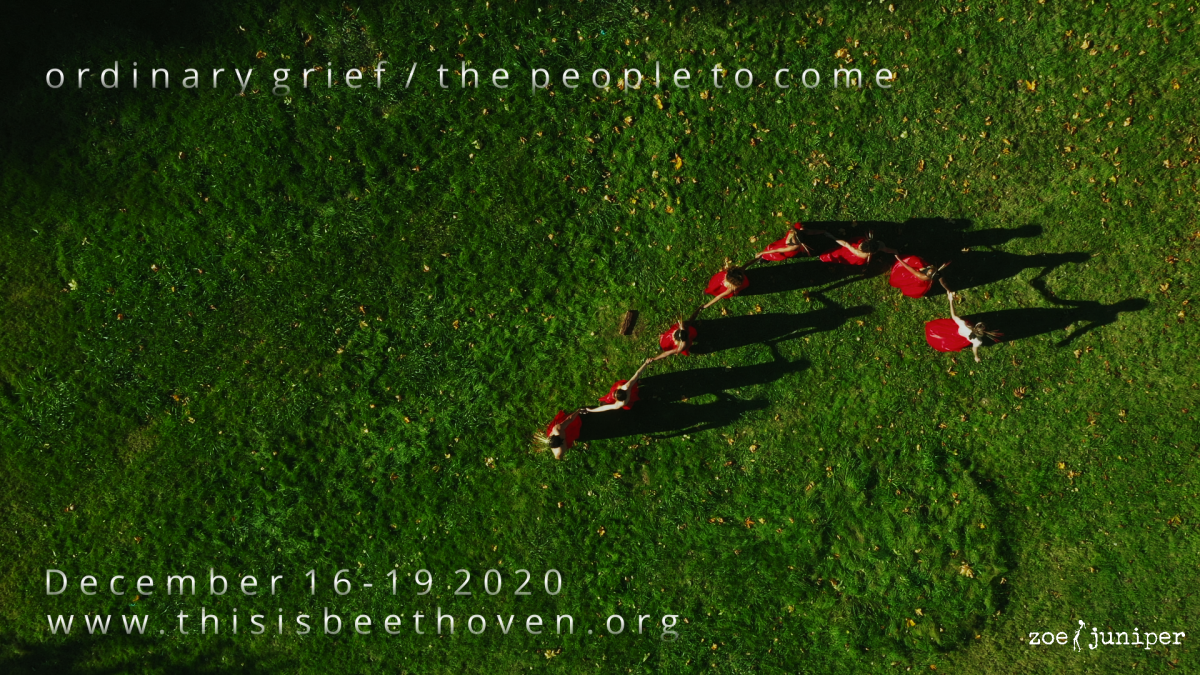 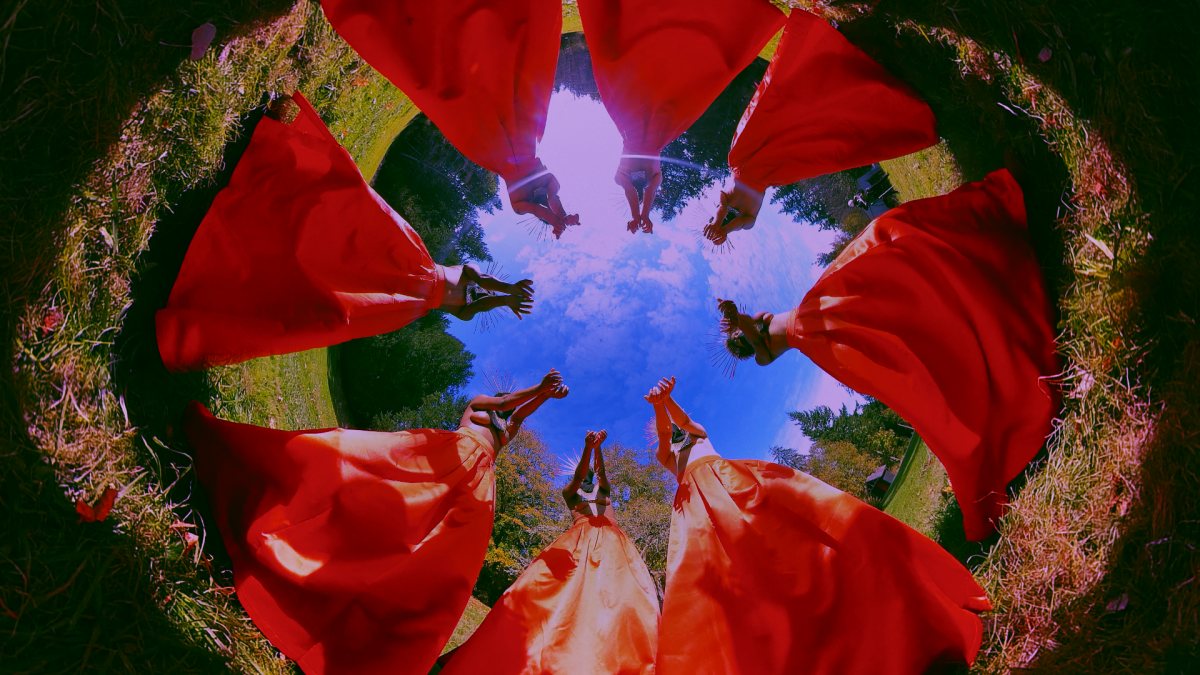 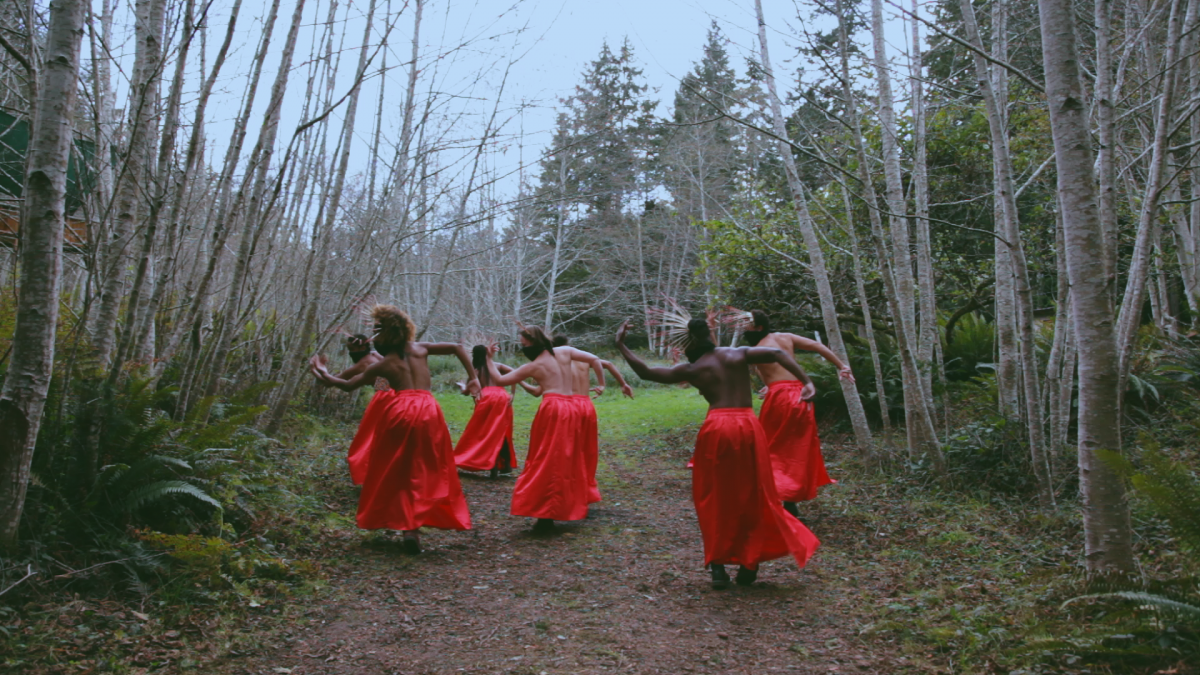 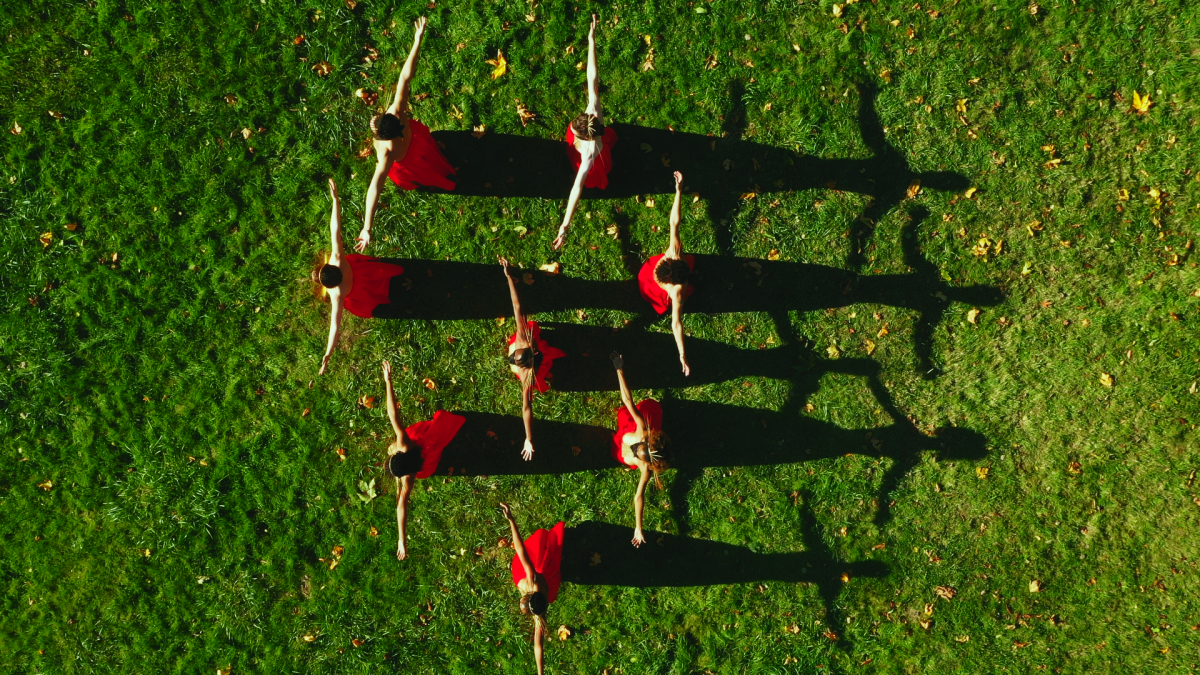 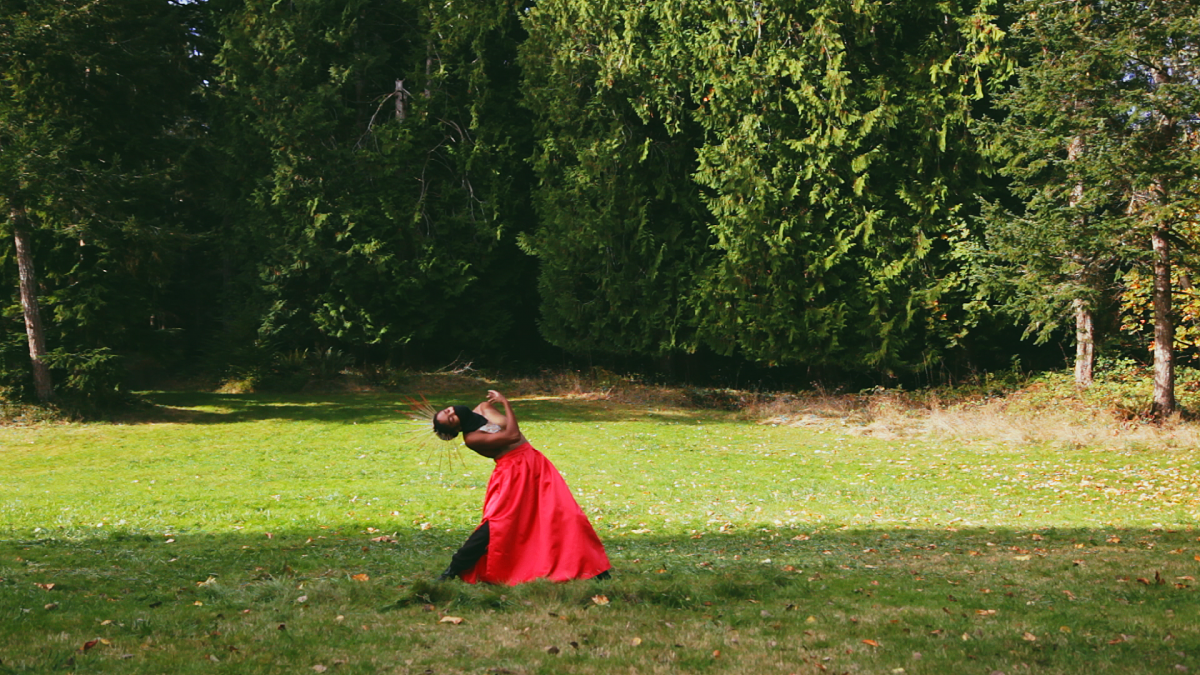 “Since the beginning of quarantine, the world-wide recognition of urgencies surrounding anti-racism action, and the subsequent crumbling of all productions and plans, I have been in a perpetual state of shock. Despite multiple attempts to get out of my mental, physical, and emotional sludge, I have yet to successfully manifest the space I need to make art in any mode that is familiar to me. In mid- July I was asked to be a part of this festival and contribute to a book of choreographers scores published by UCLA. The coinciding of these two commissions asked me to return to my process at it’s very basic level, making art with what I have in front of me.

I must admit, I am not much of a Beethoven connoisseur. I don’t know enough about his music beyond the greatest hits. I have always loved Beethoven’s Moonlight Sonata but after choreographing an intense and painfully dramatic solo to it in high school, I usually cringe just a bit when I hear it now. After agreeing to both the festival and scores project, I was sent a copy of Beethoven’s original score for op. 132 quartet, the third movement. He was already deaf when he wrote this and died a few years later. I was taken aback and moved by the physical/visual beauty of the score itself.

I can’t read music, however, when I was younger I would ‘write’ music for my father to play on the piano based on the overall shape of the notes on the page. I had a very clear idea of how both the individual shapes and total composition should sound and couldn’t understand why they didn’t translate into the music I was seeing and hearing. I was reminded of the feeling of seeing and hearing movement when looking at the notes on the page. So that’s how I decided to begin, with “listening” to his late quartets, and by sitting with the printed score and allowing the notes to turn into movement. To read the notes, the timing, the pace, tempo and quality through his hand and physicalize it. I traced his notes with my fingers, found shapes in their arrangements, saw dancers, stage, space, and time. It began to feel like a duet with Beethoven, a re-animation of him not just through his music, but alongside the movement of his hand across the page as it made physical the sounds in his head he could no longer hear.

Starting with Beethoven’s musical score is a new process for me, this is the first time I’ve worked with a musical score as a sort of map, movement notation and hieroglyphics, creating a work between two artists across time. I had four hours of rehearsal time with the dancers on zoom before meeting for the filming weekend (a first for me and yes, we quarantined before hand, wore masks, got tested, etc.). Being with the dancers in space completely opened up the world that I was trying to see and feel and couldn’t quite get to by myself. The process became a space of beauty, healing and joy. Each dancer and collaborator was so generous, calling upon the knowledge, experience and strength of our past and future ancestors.” — Zoe Scofield

ABOUT THIS IS BEETHOVEN

This is a livestreamed multi-day online festival celebrating Seattle’s arts scene via the lens of Ludwig Van Beethoven in celebration of his 250th anniversary. It is a collaboration uniting twenty multi-disciplinary arts organizations in a city-wide festival demonstrating the power of arts to articulate our society’s moment in time.

This is Beethoven is a collaboration uniting twenty multi-disciplinary arts organizations in a city-wide festival demonstrating the power of arts to articulate our society’s moment in time. Centered around the 250th birthday anniversary of the revolutionary composer Ludwig Van Beethoven, this festival symbolically pays homage to the composer while making current the same pioneering spirit he represented during his time.

This is Beethoven will be livestreamed on this page and the festival website from December 16-19, 2020. There is no cost to watch the livestreams! We simply ask you to share the stream, and make a donation to support the effort if you are able. All concerts will be available on the website after the livestream, accessible by donation through January 4, 2021.