Local Sightings is a showcase of new films from the Northwest that puts homegrown talent in front of Seattle audiences and connects artists from Alaska to Oregon in a celebration of film from the region. Produced every year by Northwest Film Forum, the festival features new films, parties, juried prizes and film conversation. Screenings are only part of the story: artist talks, performances and networking events held throughout the week allow film lovers and filmmakers to explore local creativity together. In 2012, Seattle Weekly called Local Sightings the “best film festival” in Seattle.

By popular demand, we’ve expanded the festival to 10 days of local films.  In recent years, Local Sightings has heralded many new Northwest film talents, including Stranger Genius award nominee Zach Weintraub, and Filmmaker Magazine‘s “25 Faces To Watch” honoree Nandan Rao. Come view new films from your own backyard with us, have a beer with friends, and find a true hub for film lovers and filmmakers in Seattle. If you prefer the home-grown to the over-blown, Local Sightings is for you!

“The only important festival dedicated to local/regional films…Introduces audiences to the best the local scene has to offer.” —The Stranger

“an esteemed tradition. . .the favorite festival of quite a few movie enthusiasts in Seattle.” —The Seattle Times

“The film scene in the Northwest has become more prominent over the years thanks, in part, to the Northwest Film Forum. The small art house theater in Seattle’s Capitol Hill neighborhood is an incubator for local talent that is getting noticed nationally. Many of these artists got their work in front of an audience for the first time at the Film Forum’s annual Local Sightings Festival” —KPLU 88.5

“This thoughtfully curated collection of locally produced shorts, features, and archival films is unafraid of experimentation and steps outside of the standard no-budget tropes of so many amateur productions.” — The Stranger

“At a time when most independent filmmakers are vying for a slot at Sundance or courting Hollywood’s so-called ‘indie-film’ boutiques, it’s refreshing to see a film that caters exclusively to the mysteries of artistic expression…Local Sightings is under the radar, but not for long.” — Seattle Times

“There’s a roughness to the Local Sightings Film Festival that makes it all the more beautiful. The Northwest Film Forum’s yearly celebration of regional filmmakers eschews glitz and glamor for grit. That’s not a knock on the quality of the movies on display, merely a testament to the sweat and passion that’s so obviously poured into each cinematic frame. On modest budgets, these features, shorts, and documentaries showcase rising talent on the ground level and flash glimpses of even more moviemaking potential.” —Seattle Met 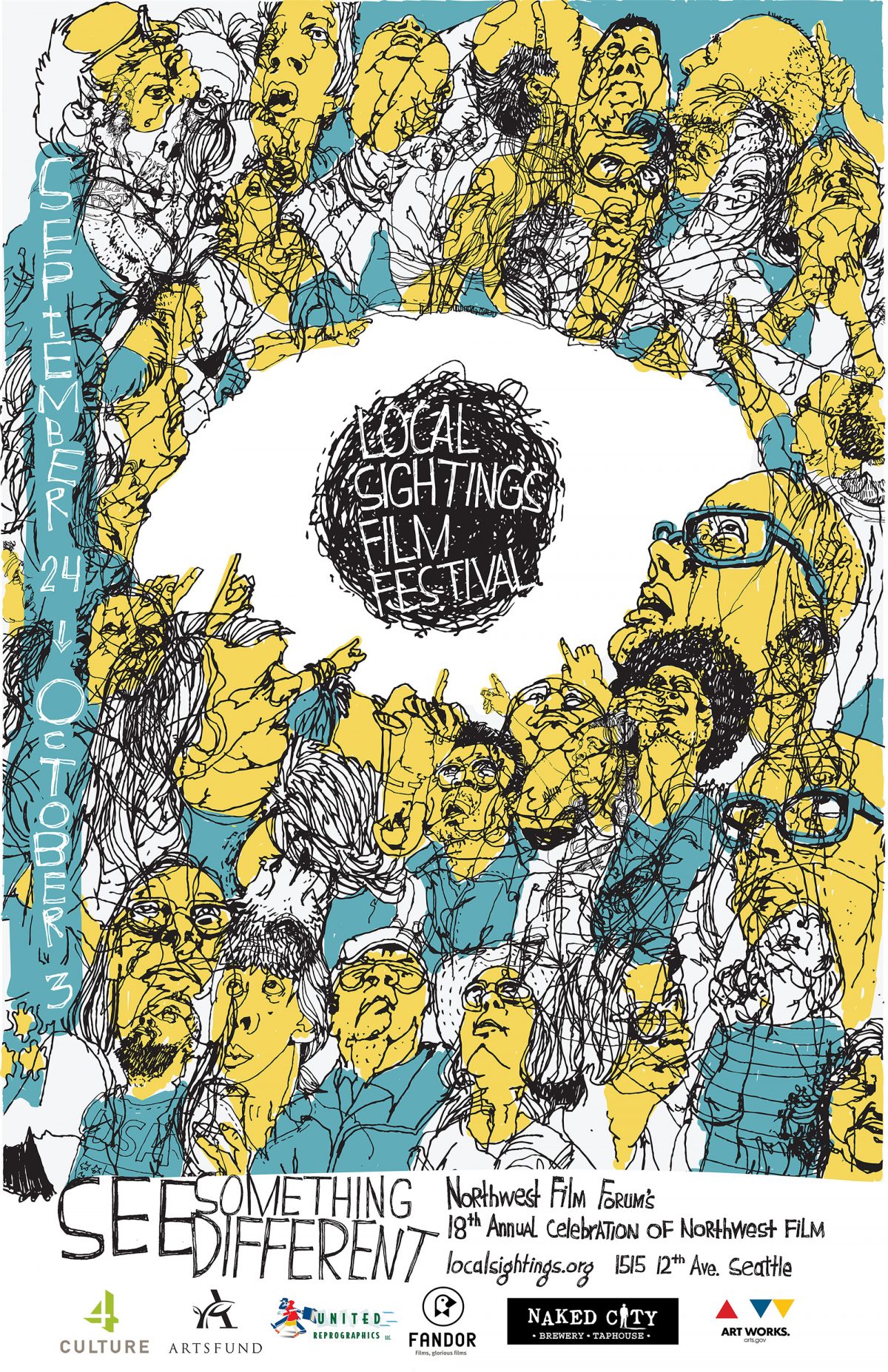