One ticket good for a five-day pass to see Beanpole. Your purchase supports Northwest Film Forum!

In post-WWII Leningrad, two women, Iya and Masha (astonishing newcomers Viktoria Miroshnichenko and Vasilisa Perelygina), intensely bonded after fighting side by side as anti-aircraft gunners, attempt to readjust to a haunted world. As the film begins, Iya, long and slender and towering over everyone—hence the film’s title—works as a nurse in a shell-shocked hospital, presiding over traumatized soldiers. A shocking accident brings them closer and also seals their fates.

“They can’t look away. Neither may you.” – Ty Burr, Boston Globe

“If you can grit through it, the film offers a rewarding – if also unnerving – look at survival in the face of tragedy.” – Hau Chu, Washington Post

“Bagalov’s directorial vision and voice are bold and compelling. Beanpole is infused with a profoundly tender intimacy, interspersed with stark portrayals of pain, cruelty, and sacrifice. And yet these hard-to-watch moments never feel lurid or gratuitous.” – Peg Aloi, Arts Fuse 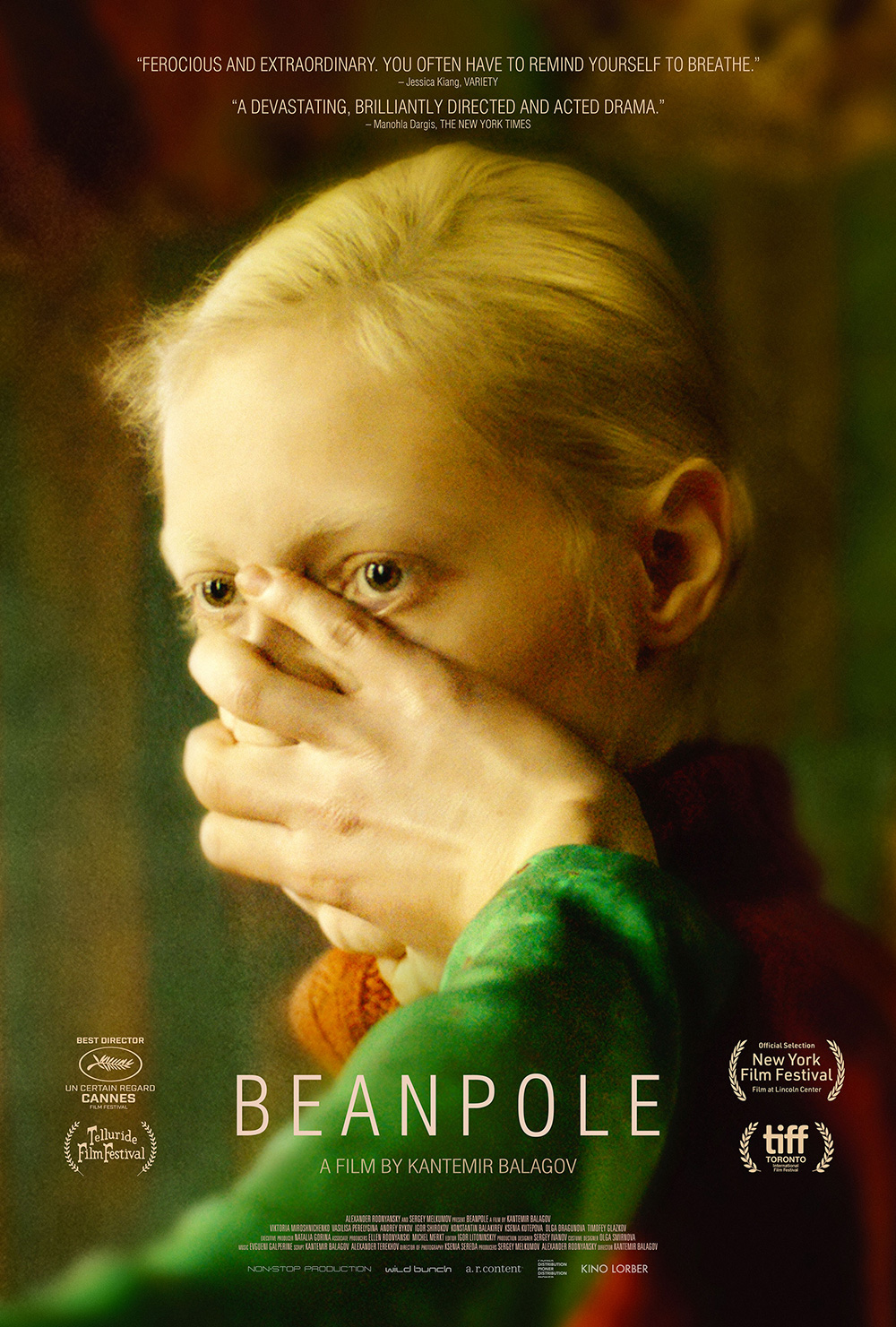