** Americaville is unfortunately no longer able to participate in our online festival, we apologize for the inconvenience. **

Americaville is an eerie disclosure of the Chinese replica city of Jackson Hole, Wyoming, where citizens escape to embrace the American dream. Each weekend, Beijing residents like Annie Liu travel to the hills outside the city to enjoy fresh air, a big house, and classic “American” activities: morning walks on Route 66, Jello potlucks, and visits from the horseback-riding town sheriff. However, Annie soon finds that the longer she stays, the more the sheen of the lifestyle sold to her begins to fade.

Filmmaker Adam James Smith takes his keen interest in the creation of built environments and the expression of identity within these spaces to this Chinese replica city. The exploration leaves American audiences staring into a warped mirror that throws extravagance, commercialization, and the endless desire for more into an exposing light. 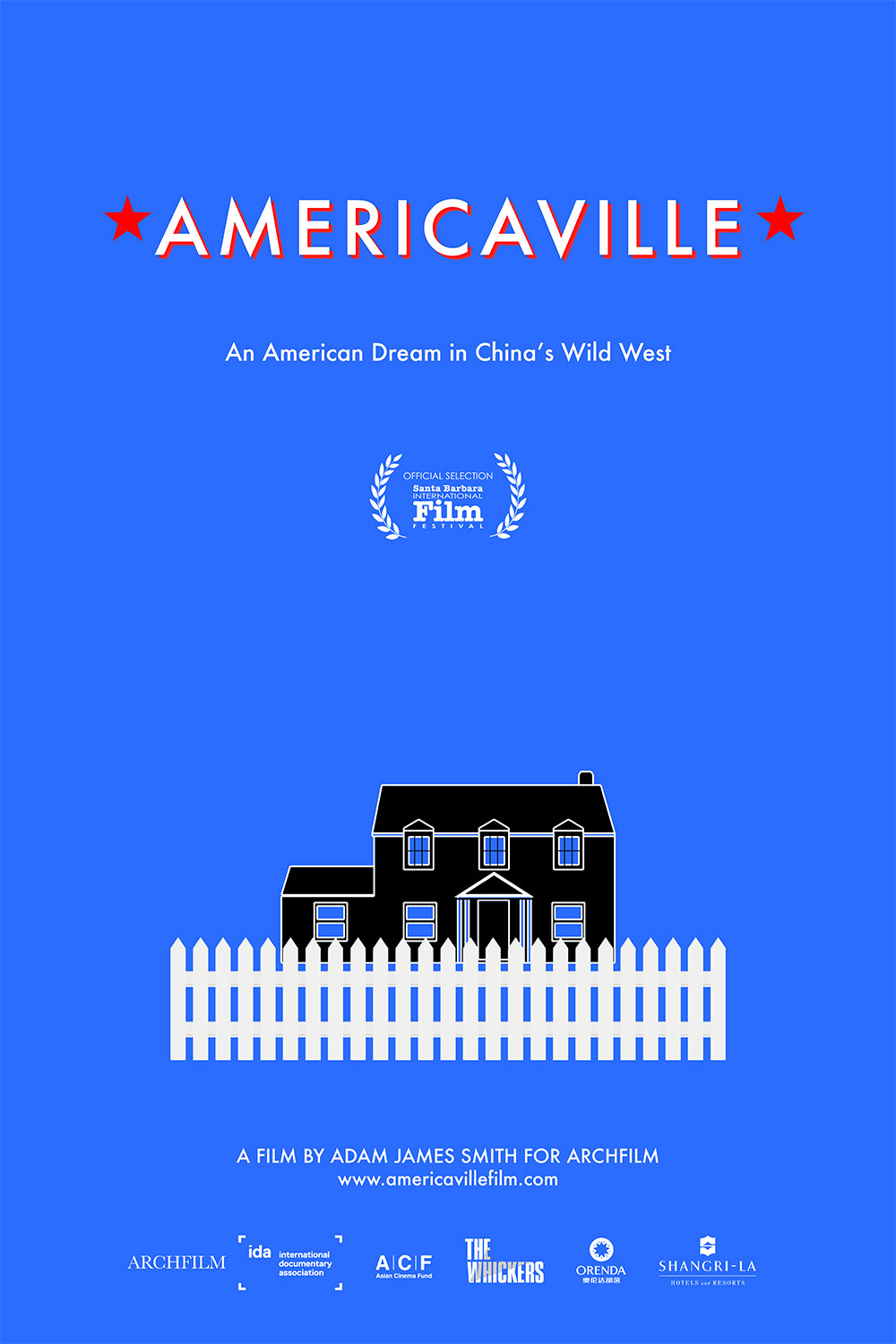 Adam James Smith is an award-winning, US-based filmmaker originally from the United Kingdom. His films focus on the expression of identity in urban China and include The Land of Many Palaces (2015) co-directed with Song Ting, on the “ghost city” of Ordos, Inner Mongolia and his first solo-feature, Americaville (2020) on an American Wild West-themed community in Beijing’s suburbs. The Land of Many Palaces participated in the Sundance Institute workshop and premiered at the 2015 Santa Barbara International Film Festival. The film then went on to screen at festivals around the world, picking up awards in Moscow, Rome, and Kyoto. Adam also embarked on an academic tour in North America, screening at Harvard, Columbia, Duke, Stanford, the Asia Society, and many more universities and organizations.

Adam holds degrees from Stanford and Cambridge, the latter of which he is currently an Affiliated Filmmaker at the university’s Visual Anthropology Lab. He is also an Assistant Professor of Multimedia at Florida Atlantic University.