Chulas Fronteras is a zesty introduction to the music and culture of the Texas-Mexican border. From joyous, lively dance tunes to soulful, political work songs, musica Norteña fuses traditional Mexican harmonies with central European dancehall rhythms and a little something extra. Newly restored in 4K, Chulas Fronteras celebrates the famed Mexican-American musicians of the borderlands, the migrant farming communities from which they come, the strong family bonds of Tejanos, and the social protest ethos inscribed in their music. Blank & Strachwitz’s film brims with tender affection for its subjects, the vitality of their marvelous music, and the generosity of spirit they show in the face of hardship. 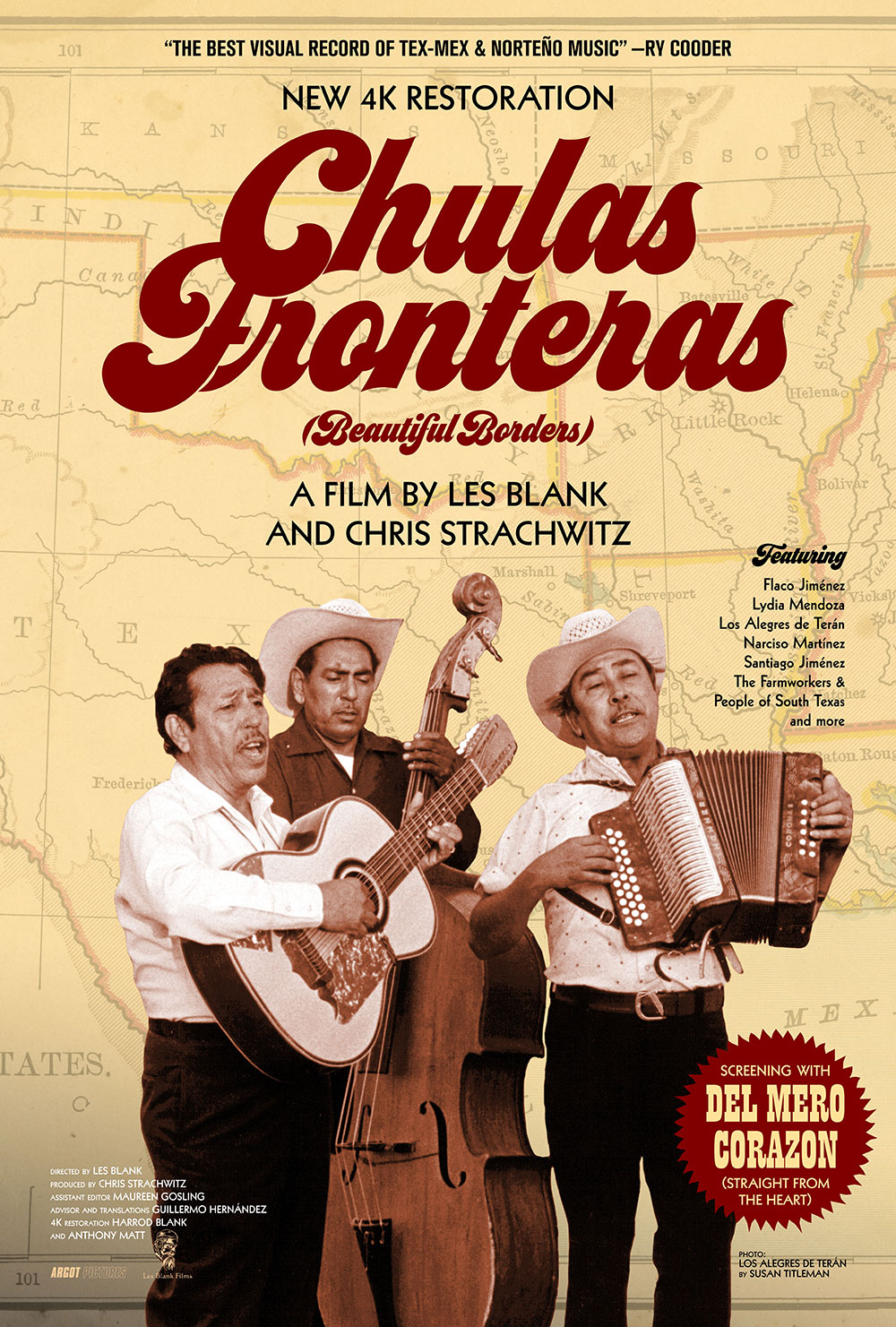