Chunky Shrapnel is a feature length live music documentary from King Gizzard & the Lizard Wizard. Literally bringing the audience onto the stages of their 2019 tour across Europe and the UK, Chunky offers a uniquely immersive experience never before captured on film… a musical road movie dipped in turpentine.

Images and copy on this page copyright © MMXX Life is Cool Pty. Ltd. All Rights Reserved. 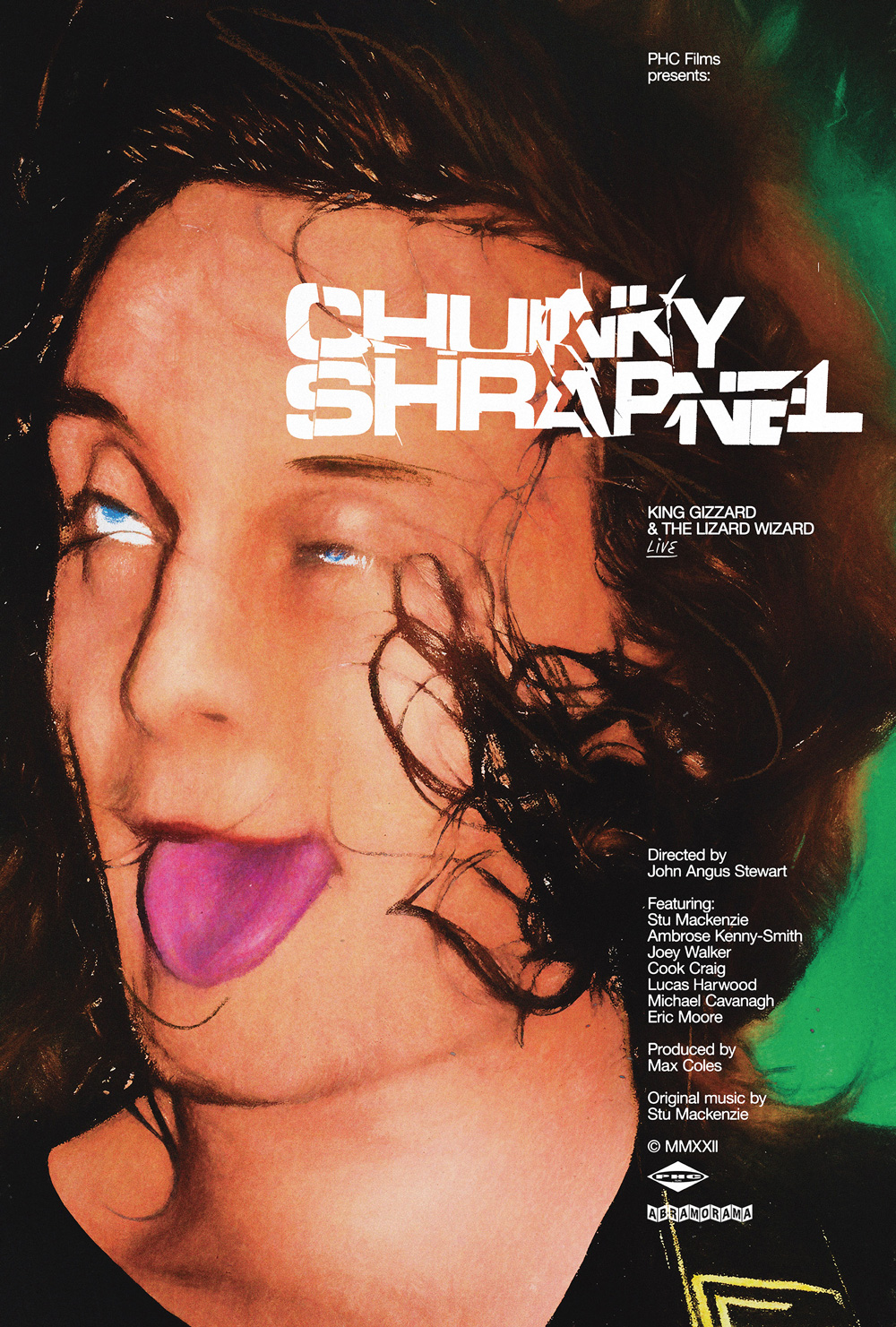 About King Gizzard & The Lizard Wizard

King Gizzard & The Lizard Wizard is one of Australia’s most popular and critically acclaimed rock bands.

King Gizzard has released 20 studio albums in 10 years (including five in 2017 alone), 10 of them charting in the Top 20 in Australia, where they are now arguably the country’s most innovative, important, and productive rock band. They attract international critical acclaim and have had a packed international touring schedule for many years.

They have a full calendar in 2022, playing their biggest shows yet. They’re notably headlining 3 Red Rock Amphitheaters alone this year, along with a lengthy string of other festivals and venue shows around the world.

In 2019 John moved into a shared studio space with King Gizzard, planting the seeds for a collaborative relationship that is developing and expanding with several projects in production, culminating in Chunky Shrapnel, a feature-length documentary following King Gizzard’s 2019 tour of Europe.

John is currently in pre-production for his first narrative feature.