We are adopting a hybrid virtual-and-in-person festival model for 2021. VIRTUAL, IN-PERSON, and HYBRID (virtual AND in-person) Festival Passes are available here.

All film programs during Engauge 2021 include a virtual filmmaker Q&A that is free to view through the festival’s Vimeo page. Whether you experience the festival in person or at home, check in afterwards to hear from the filmmakers!

Films with an observational, anthropological or sociological bent.

Field Notes #2: Natures places one vision of nature—a cinematic one in which no humans can be seen—into the physical space of its antithesis. Two profoundly human spaces that deal with nature in very different ways are presented that the audience might consider the space between them.

A film crew travels across remote villages in Western Nepal looking for the perfect kid who can play the ‘Hero’ in their upcoming film.

Using outtakes and rushes (what “fur film” means in Mandarin) to redeem the affects in these images we produced, Fur Film is the first volume of an ongoing exchange diary project between Erica Sheu and Tzuan Wu. From the filming exercises, hand processing, editing and sound design, we experiment with different workflows of audio and visual between Taiwan and USA.

Lonely is Her Great Age

A rough sketch for a climate catastrophe film never made, abandoned in the wake of a global pandemic.

The tobacco plant, introduced to Granada, Spain in 1923, became a monoculture in the region until the end of the century. When the tobacco production stopped being profitable, the farmers switched to crops like wheat, corn or asparagus. However, the lands of Granada are still replete with tobacco barns, inhabiting the landscape like architectural ghosts. 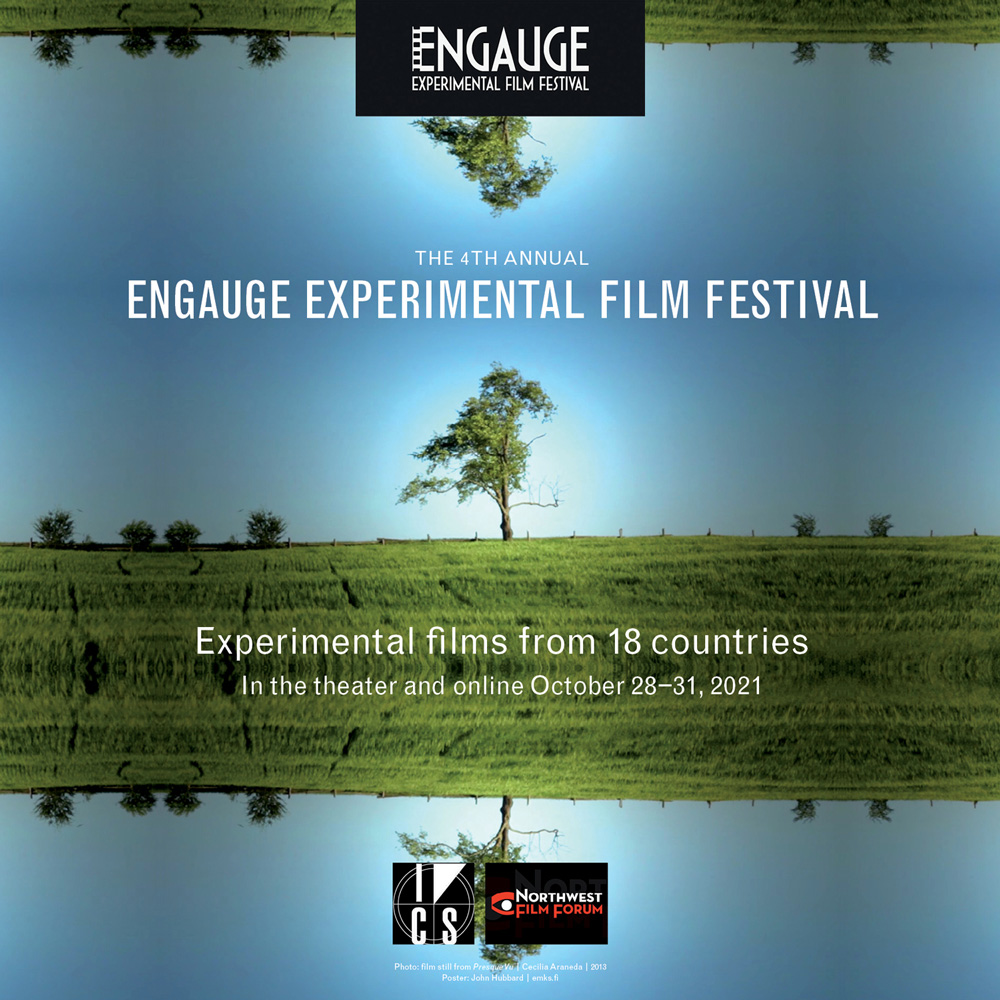 Each Fall, Engauge hosts screenings sponsored by the Interbay Cinema Society in partnership with Northwest Film Forum. The festival screens only work that originates on film, by filmmakers both local and international.

This year’s festival will be a hybrid model, taking place both on the web and at NWFF’s cinema in Seattle’s Capitol Hill neighborhood.

⚠️ Please note: For the sake of public safety, NWFF will require both face-coverings and proof of vaccination from audiences. We reserve the option to shift the festival to virtual-only on short notice.