Feels Good Man​ is the story of how artist Matt Furie, creator of a trippy, once-benign comic character named Pepe the Frog, fought an uphill battle to reclaim his iconic creation from those who turned it into a symbol of hate. An exploration of the power of online imagery and the fascinating spin cycle of memes in a culture where ownership and meaning can be wrested away from creators, ​Feels Good Man​ is a thought-provoking, wild ride through an Internet that transformed an unlucky cartoon frog, and then the rest of the world.

“We’re left in awe at everything the story of Pepe encompasses…Feels Good Man​ proves Pepe can still be a force for good — among other things by helping us, through stories like these, to better understand the world we live in.” – Angie Han, Mashable

“A strange and terrifying odyssey that says much about intellectual property, fringe groups and the power of online imagery — and culture — to alter the national landscape.” – Nick Schager, Variety

“… breezy, almost irreverent…Feels Good Man offers a glimmer of hope that Pepe will return to his more innocuous roots.” – Clint Worthington, The Spool

“…a beacon of internet literacy about a whole new language—that memes are flexible, omnipotent, and pieces of a phenomenon more powerful than their creators.” – Nick Allen, RogerEbert.com 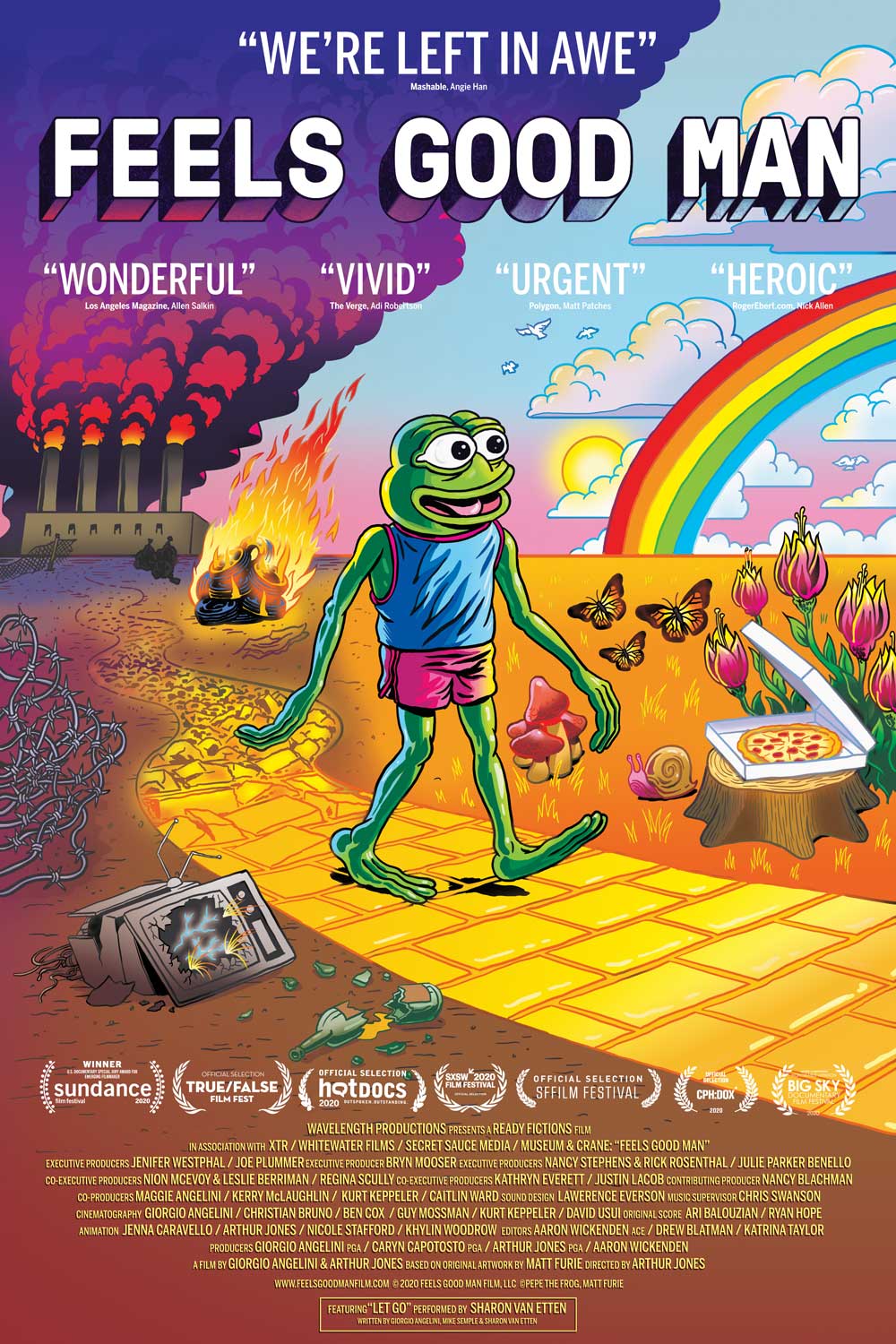