Long unavailable in the U.S., director Toshio Matsumoto’s shattering, kaleidoscopic masterpiece is one of the most subversive and intoxicating films of the late 1960s: a headlong dive into a dazzling, unseen Tokyo night-world of drag queen bars and fabulous divas, fueled by booze, drugs, fuzz guitars, performance art and black mascara. Stanley Kubrick cited the film as a direct influence on his own dystopian classic A Clockwork Orange.
—
In remembrance of Matsumoto, we are screening Funeral Parade of Roses and eight of his short films.
—
An unknown club dancer at the time, transgender actor Peter (from Kurosawa’s Ran) gives an astonishing Edie Sedgwick/Warhol superstar-like performance as hot young thing Eddie, hostess at Bar Genet — where she’s ignited a violent love-triangle with reigning drag queen Leda (Osamu Ogasawara) for the attentions of club owner Gonda (played by Kurosawa regular Yoshio Tsuchiya, from Seven Samurai and Yojimbo).
One of Japan’s leading experimental filmmakers, Matsumoto bends and distorts time here like Resnais in Last Year at Marienbad, freely mixing documentary interviews, Brechtian film-within-a-film asides, Oedipal premonitions of disaster, his own avant-garde shorts, and even on-screen cartoon balloons, into a dizzying whirl of image + sound. Featuring breathtaking black-and- white cinematography by Tatsuo Suzuki that rivals the photographs of Robert Mapplethorpe, Funeral Parade offers a frank, openly erotic and unapologetic portrait of an underground community of drag queens.
Whether laughing with drunken businessmen, eating ice cream with her girlfriends, or fighting in the streets with a local girl gang, Peter’s ravishing Eddie is something to behold. “She has bad manners, all she knows is coquetry,” complains her rival Leda – but in fact, Eddie’s bad manners are simply being too gorgeous for this world. Her stunning presence, in bell-bottom pants, black leather jacket and Brian Jones hair-do, is a direct threat to the social order, both in the Bar Genet and in the streets of Tokyo. 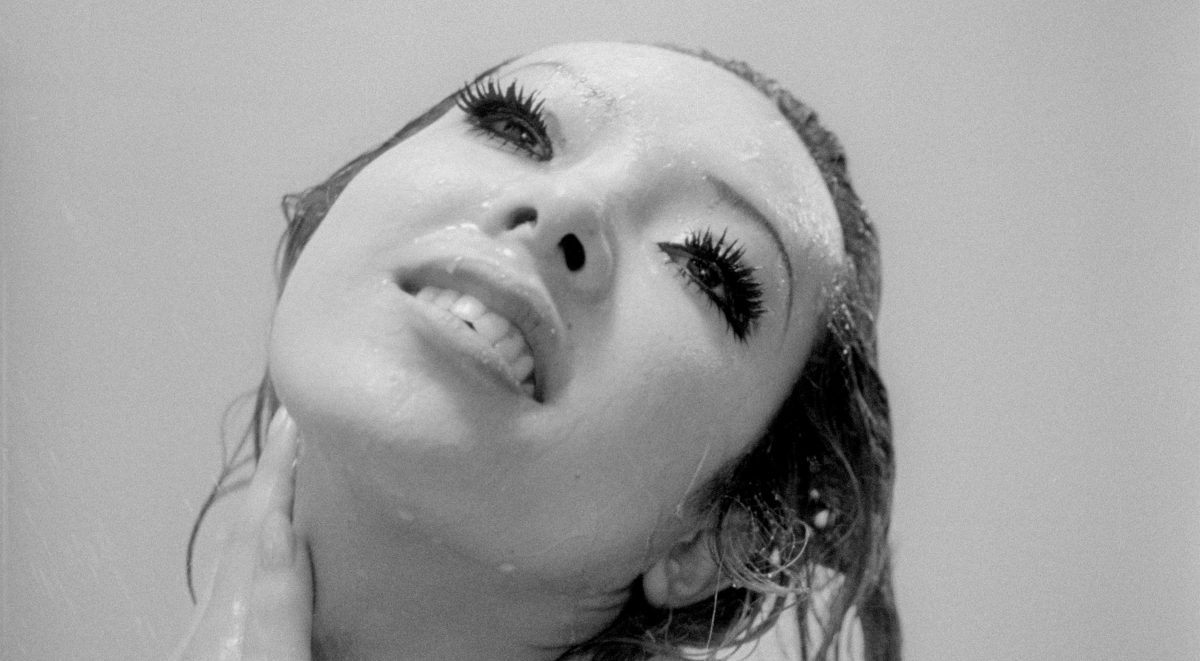