What’s On
Calendar
GERMAN CINEMA NOW! – Art Comes from the Beak the Way It Has Grown [Online]

GERMAN CINEMA NOW! – Art Comes from the Beak the Way It Has Grown [Online]

In German with hard-coded English subtitles. 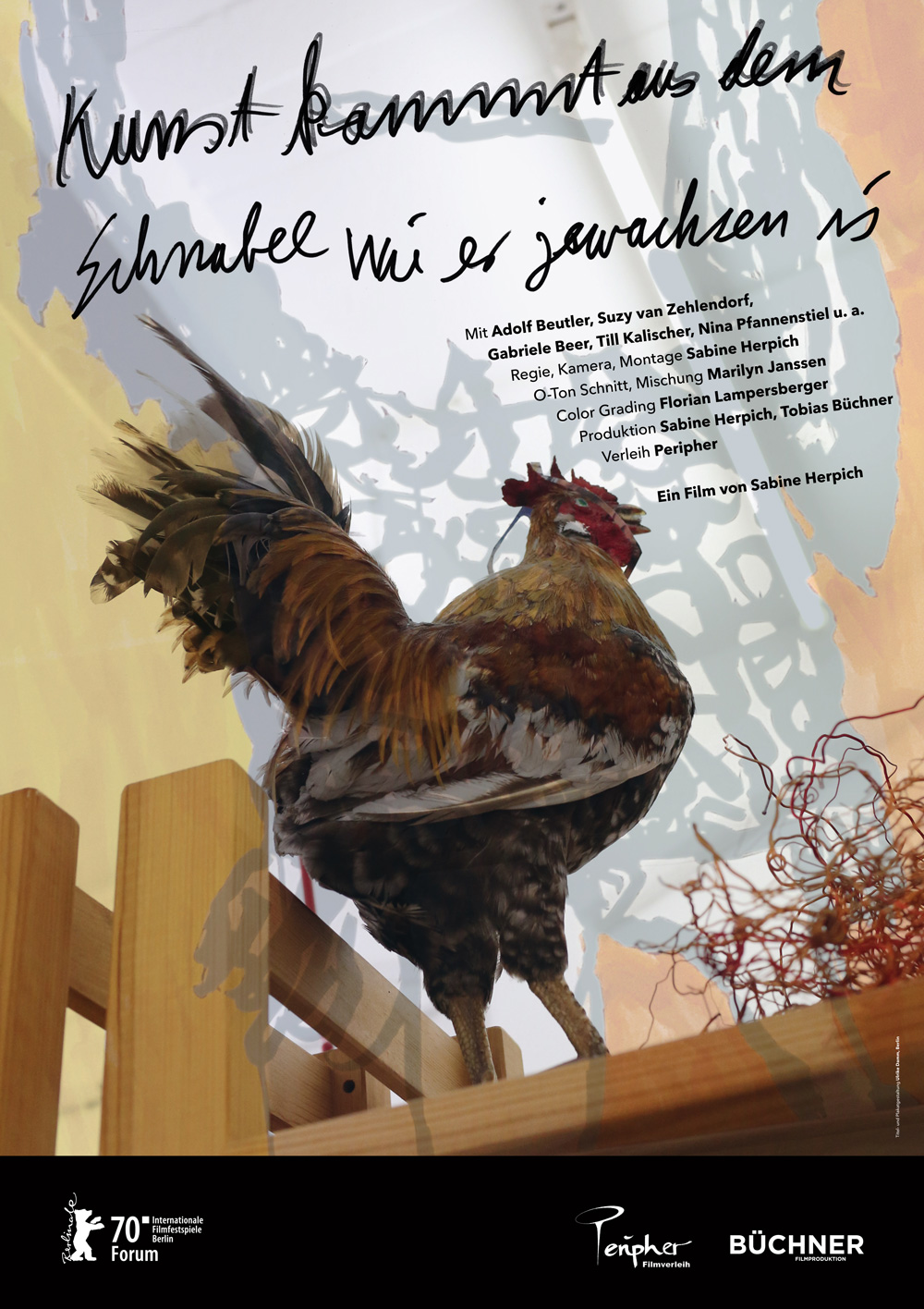 Creativity Explored is the name of a legendary gallery and workshop in San Francisco for artists with disabilities. Sabine Herpich’s documentary Art Comes from the Beak the Way It Has Grown, patiently looking over the shoulders of such artists at Berlin’s Mosaik Workshop as they work, does exactly that: it explores creativity itself. Drolly guided by the workshop’s facilitator, Nina Pfannenstiel, the viewer shares in the joy of doing and identifies with the artists’ effort, wincing when their focus is disturbed by a slamming door.

We come to know the Mosaik artists through their work. There is Suzy, whose decades-long fascination with roosters has led to a rich and surprising body of work, from Rooster-Dita von Teese, bathing in a champagne glass, to Rooster-Mona Lisa and Rooster-Hitler, as well as the papier-mâché rooster adorning her model of the Bode-Museum. There is the artist of Life and Death, a drawing whose birth we witness, who works with monsters, colors, smiles, and skeletons, endless skeletons. And then there is the nearly mute, silver-haired Adolf Beutler, 83 years old. The dean of the group, his boundless, grid-like, line-driven drawings engulf hunks of scrap wood and, in one case, the easel itself, travelling up, up, over the frame, over the tape holding it to the wall, up the wall, up to the ceiling. Beutler creates, as an art magazine quoted in the film phrases it, “a 3D microcosm of which he is master.” Given to long, wordless periods of sobbing and laughter, Beutler, we learn, spent most of his life confined to psychiatric wards.

Like everywhere else, the market is present in Mosaik. The workshop’s administration needs refinancing, and what’s created must sell. When an eccentric gallerist wants to mount a private show of Mosaik artists, the business discussion with Nina is like any other negotiation between a gallery and a manager. Looking around the workshop, the gallerist notes that the atmosphere is “just like in the academy.” What interests him, he says, are the facets of artistic creation, wherever they come from. Through the filmmaker’s quiet embeddedness in the world of Mosaik, this humanistic documentary, a top pick in the Berlinale’s Forum section, offers the viewer an immersive encounter with the mystery and miracle of creativity. (Martin Schwartz)

“Herpich doesn’t only—or even primarily—wish to show art, but rather to show human beings. Her films are sober; they reject every kind of bravado, and limit the documentary gaze to those few necessary things: unbiased receptivity and a fine sense for the situations and people she films. Her films are made with human kindness.” – Ekkehard Knörer, perlentaucher – Das Kulturmagazin 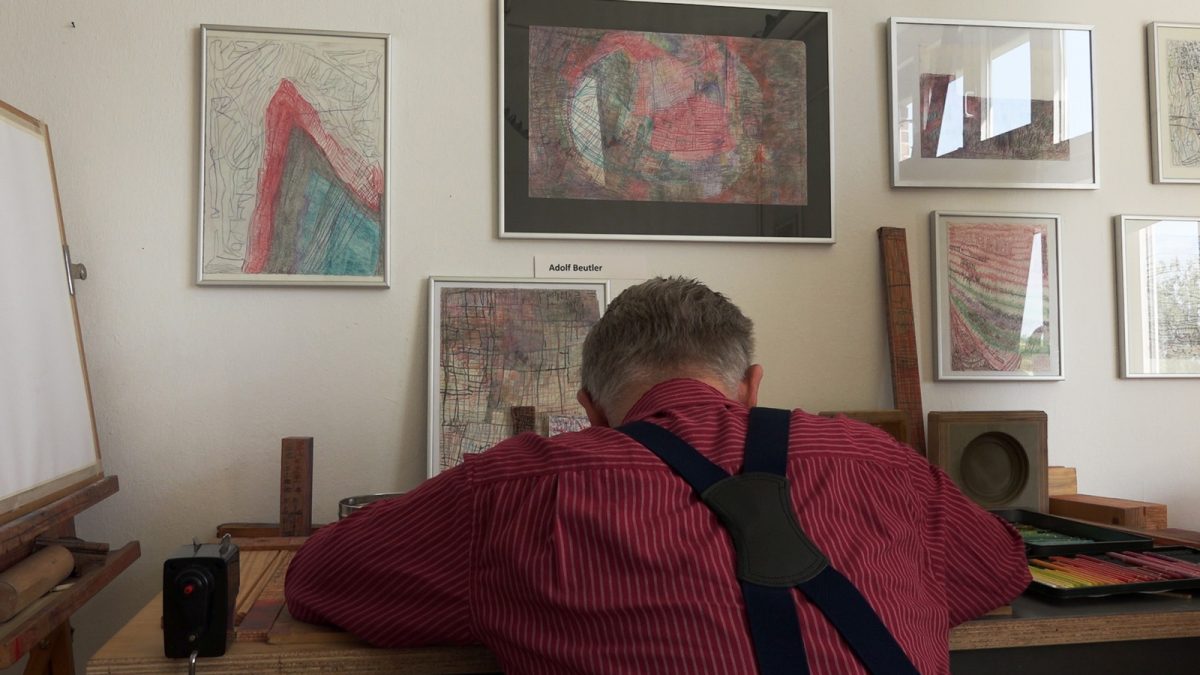 Born in 1973, Sabine Herpich grew up in a small town in Bavaria and studied philosophy, contemporary German literature, and sociology at the Ludwig Maximilian University of Munich. Herpich completed her degree in film montage in Potsdam-Babelsberg with the documentary feature Neukölln-Aktiv (co-director Gregor Stadlober). An independent film editor and filmmaker, Herpich has been a member of the fsk cinema und Peripher film distribution collectives since 2015. 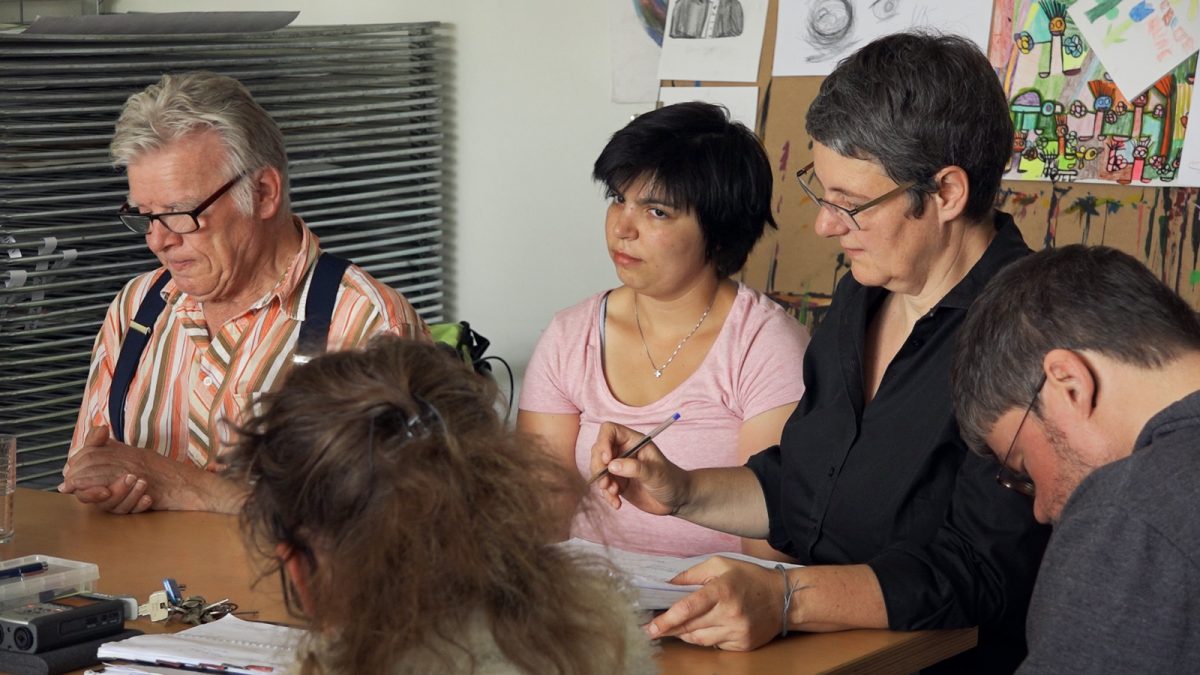