Becoming Black tells the true story of a dark-skinned child living in East Germany who has been told by her white parents that her skin color is a mere coincidence and that it’s of no importance. One day as a teenager, the daughter happens upon the truth of her family history. That daughter is filmmaker Ines Johnson-Spain.

In an intimate and critical exploration, the filmmaker brings together painful and confusing childhood memories with matter-of-fact accounts that paint a clear picture of a culture of rejection and tight-lipped denial. Together with the movingly warm encounters with her Togolese family, Becoming Black develops into a reflection on the themes of identity, social norms, and family ties, from a very personal perspective. 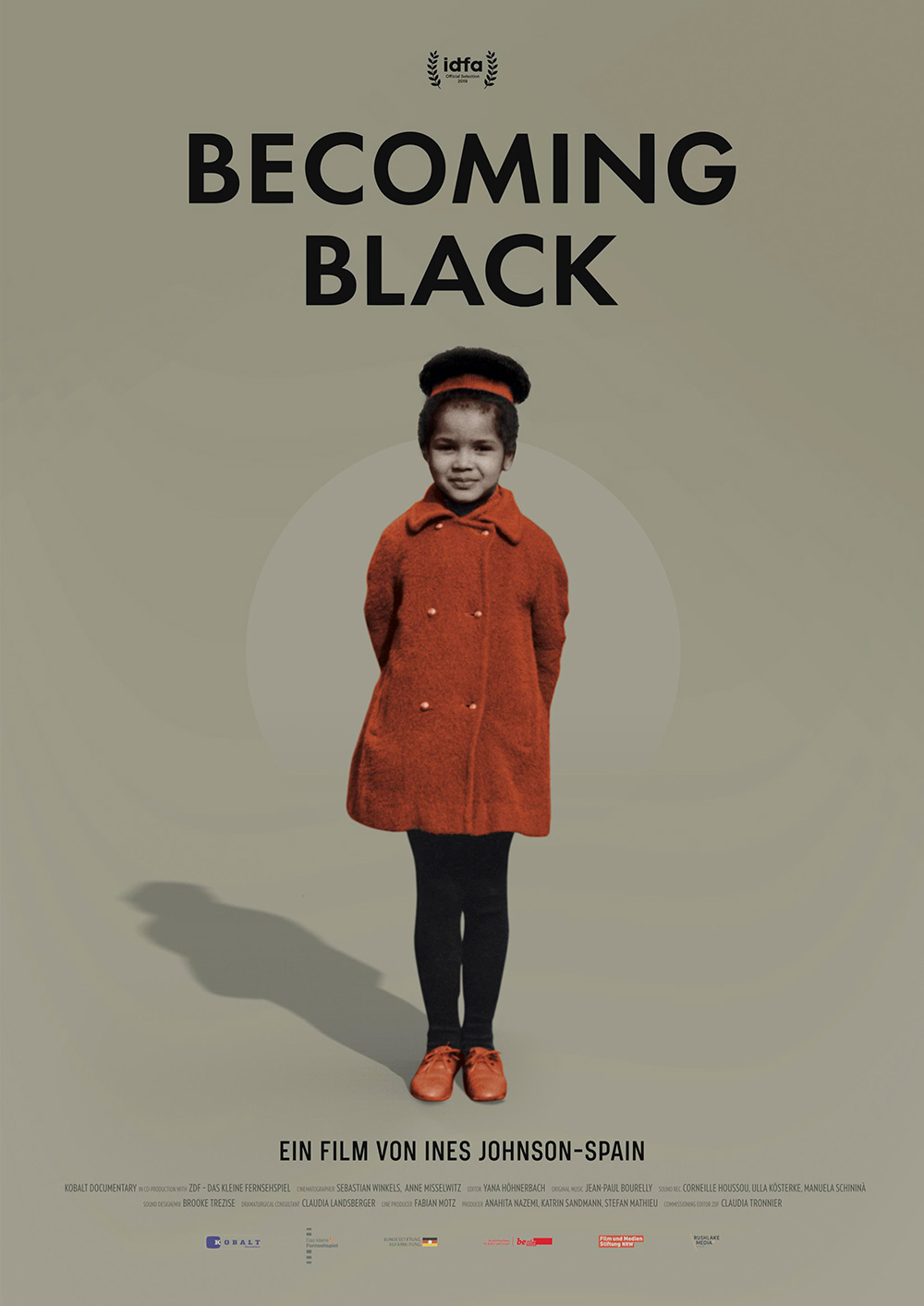 Ines Johnson-Spain is an independent Togolese/East German filmmaker based in Berlin.

She worked for many years as scenic painter and set designer for international film productions. Since 2002, she has been developing and realizing her own documentary film projects, many of which focus on intimate profiles that explore themes of identity and belonging. More recently, she directed the film L‘Esprit de Madjid, about a young gay man from Togo who is a follower of Voudou and defines his identity through his relationship to the spirits.

Ines Johnson-Spain has been awarded with different grants and was several times selected for the Berlin State Council on the Video Artist Grant.

Her films have been screened at prestigious international film festivals and in many galleries and exhibitions around the world.