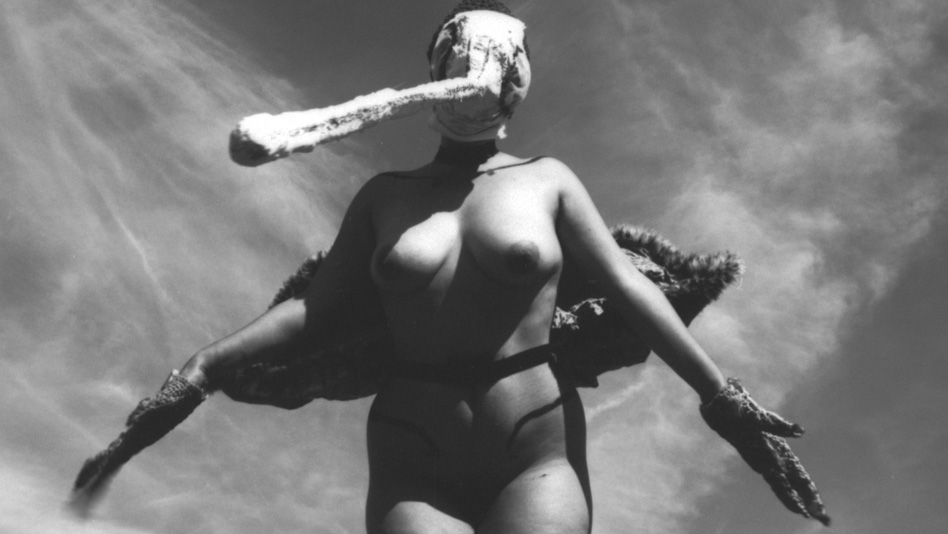 Today’s visual arts are hardly imaginable without the presence of the moving image, even if, as cross-border commuters between the art market and the film industry, filmmakers still find it difficult to assert their presence. However, in the Germany of the early 1970s, when the moving image still faced serious opposition within the established art world, it was a pioneering, practically visionary achievement when the University of the Arts in Braunschweig (HBK Braunschweig) had the bold idea to establish a seminar in film and video that understood itself wholly as visual art. In 1972, directed by Gerhard Büttenbender (later co-directed with Birgit Hein and since 2006 by Michael Brynntrup) the film department at HBK Braunschweig came into being. With it, something we can call the “Braunschweiger Schule” (Braunschweig School) has developed, encompassing to this day experimental films, video art, and multimedia installations that, far from conceptions of scenic-narrative feature film, testify both to a powerful visual richness and to an anarchic lightness, and demonstrate how diverse and colorful film can be if only it is afforded full artistic freedom.

Accordingly, when Goethe Pop Up Seattle approached me after the premiere of our film Blastogenese X at the Berlinale regarding a screening of the film and a possible accompanying program, it seemed only fitting to “bring along” a selection of films and representatives of this Braunschweig School, who arose from the same context in which I too was, in part, socialized into art. In the context of Blastogenese X, the program focuses on highly idiosyncratic, at times heightened staging of figurative performance. Common to all these works, whether by Mattuschka, Melhus, Brynntrup, Versum, or Charlotte Maria Kätzl and myself, is that, made with simple and quite limited means, they draw freely from the most various bits and pieces of film history and pop culture, consciously employing trash as an ironic stylistic device in order to give rise to strange, other, nearly iconic figures and filmic spaces. – Conrad Veit, Guest Curator

WALK / DON’T WALK / WALK. The rhythm of the nineties. A musical stroll along Christopher Street.

The world as a plaything for a giantess from outer space. A Godzilla-imitation on the way to herself: the giantess from outer space in the streets of a big city, fooling around, producing destruction, copulating with the Eiffel Tower. An orchestra of big feelings, the melodrama, defined in infantile sounds and absurd costume, in make-up-persiflage and grotesque body-art-performances. E.T. staggers through the night and the city, looking like Mimi Minus and grabbing little projected human beings with her hand, just like the huge, infatuated monkey of the horror genre. And the cinema of war and catastrophes watches with an open mouth until a toy city – which desperately tries to be a real one – finally collapses, laconically. (Stefan Grissemann)

By quoting the most diverse identification models from the memory bank of 20th century Pop culture and its embodiment by Melhus himself, a completely new contextualisation of known roles is provoked. In a psychic sense the film’s creatures are animated by the voices of the non-dead dead (James Dean, Janis Joplin, Marilyn Monroe, Elvis Presley, Jim Morrison), who achieved eternal youth and media immortality only through their early death.

Brother and Sister live in the Dollhouse. Through the elegiac orange of sunrise, through desolate blues of dusk, Mother watches them. One day, Ades comes home to Brother and Sister. And then, horribly and insistently, lightning strikes.

Conrad Veit and Charlotte Maria Kätzl stage an animal documentary set in stone quarries in which hybrid creatures deconstruct all boundaries between humans and animals and masculinity and femininity. The film transports viewers on a journey to the early days of silent films, revealing itself as a utopian vision in which all forms of life are equal.

Michael Brynntrup (* 1959) is a German experimental filmmaker and media artist living in Berlin. Besides experimental films and video installations, his better-known works also include electrography, digital art and internet art projects. Since 2006 he has been Professor for Film/Video at the Hochschule für Bildende Künste Braunschweig. brynntrup.de

Mara Mattuschka (*1959) is an award-winning filmmaker, actress, and visual artist of Bulgarian origin. She studied Ethnology and Linguistics at the University of Vienna from 1977 to 1983. In 1990, she graduated from the University of Applied Arts Vienna, majoring in the subjects of Painting and Animated Film in Maria Lassning’s master class. Mattuschka lectured at the Braunschweig College of Fine Arts from 1994 to 2001. In 2005, she received the Republic of Austria’s honorary prize for film art. Mara Mattuschka’s extensive work has been shown at numerous exhibitions and international festivals. Mattuschka works and lives in Vienna. sixpackfilm.com/de/catalogue/filmmaker/121

Bjørn Melhus (* 1966) is a German-Norwegian media artist. In his work he has developed a singular position, expanding the possibilities for a critical reception of cinema and television. His practice of fragmentation, destruction, and reconstitution of well-known figures, topics, and strategies of the mass media opens up not only a network of new interpretations and critical commentaries, but also defines the relationship of mass media and viewer anew. Originally rooted in an experimental film context, Bjørn Melhus’s work has been shown and awarded at numerous international film festivals. He has held screenings at Tate Modern and the LUX in London, the Museum of Modern Art (MediaScope) in New York, and the Centre Pompidou in Paris, among others. His work has been exhibited in shows like The American Effect at the Whitney Museum New York, the 8th International Istanbul Biennial, solo and group shows at FACT Liverpool, Serpentine Gallery London, Sprengel Museum Hanover, Museum Ludwig Cologne, ZKM Karlsruhe, Denver Art Museum among others. melhus.de

Uli Versum (* 1960) is a German artist and filmmaker. He studied at the University of Art in Braunschweig (Germany) between 1981 and 1987 and lives in Berlin.

Conrad Veit (* 1987) and Charlotte Maria Kätzl (* 1993) are an artist duo who have developed various film and video works, video installations, and photographic works, as well as spatial installations since they began studying Fine Arts at the Braunschweig University of Art in 2014. In film, photography, and installation, Veit and Kätzl’s works form their own cosmos in which play with the figurative and the different is in the foreground. A game that creates diversity and confusion and questions the boundaries of the heteronormative and the socially constructed. The duo’s works are multimedia-based, combining sculptural elements with elements of costume that often function as drag and performative stagings that lead to film or photographic works or are further developed in space-related installations. Their film Blastogenese X celebrated its premiere at the 2021 Berlinale. conrad-veit.com