GERMAN CINEMA NOW!, a celebration of the bold, new, and fantastic in German and transnational cinema, is a monthly film series presented by Goethe Pop Up Seattle. In 2022, GCN! explores states of (apparent) stasis, sameness, and standstill, inviting viewers to look closely at the countless dynamic processes that are always underway, just beneath the surface.

The place is East Berlin and the year is 1995. Sort of. In Gábor Altorjay’s campy, deliriously extra sci-fi romp, the capitalist system collapsed six years ago, and refugees are streaming into the newly ascendant Eastern Bloc. Less than thrilled with the triumph of socialism is the sensitive musicologist Johann Wolfgang Amadeus Zart (Udo Kier, in vintage pulpy form), whom the powers that be have locked up in a Cuckoo’s Nest-y insane asylum to silence his dangerous discoveries about the cyclical nature of pop culture and youth rebellion. With the ticking time bomb of the lobotomy planned by the evil Dr. Frisch (played by Dieter Thomas Heck, known to most Germans as a genial TV presenter), Zart plots an escape with fellow misfits and undesirables, including a South American general (played by the Hamburg porn impresario Rene Durand) and Germany’s first test-tube teenager (punk musician Tom Dokoupil, painted bright green and dubbed over with the voice of a small child).

In Pankow ‘95, Altorjay, a filmic outsider better known as an artistic companion of the Fluxus group, has created a fruitcake of early ’80s paranoia. Gleefully picking at East/West division, artificial insemination, technological mind control, radical youth, and political collapse, Pankow ‘95 is punched up by a bizarrely catchy synth score by Tom Dokoupil (of band Der Wirtschaftswunder) and held together by a vintage turn from Udo Kier, alongside an extraordinary supporting cast that includes Germany’s equivalent of Dick Clark and rock star Nina Hagen. Remastered and re-released, the film is finally available in the US, nearly 40 years late. But the delay doesn’t matter much. As Altorjay says, “Pankow ’95 is a film about the future of the past,” says Altorjay. “As such, it is always current.” (Martin Schwartz)

(Gábor Altorjay, West Germany, 1983, 88 min, in German with English subtitles)
Credit for all images on this page: ©PandoraFilmproduktion.

“Socialist freakshow… Pankow ’95 is a treasure trove of images, sounds, and faces from the 1980s.” – Die Tageszeitung 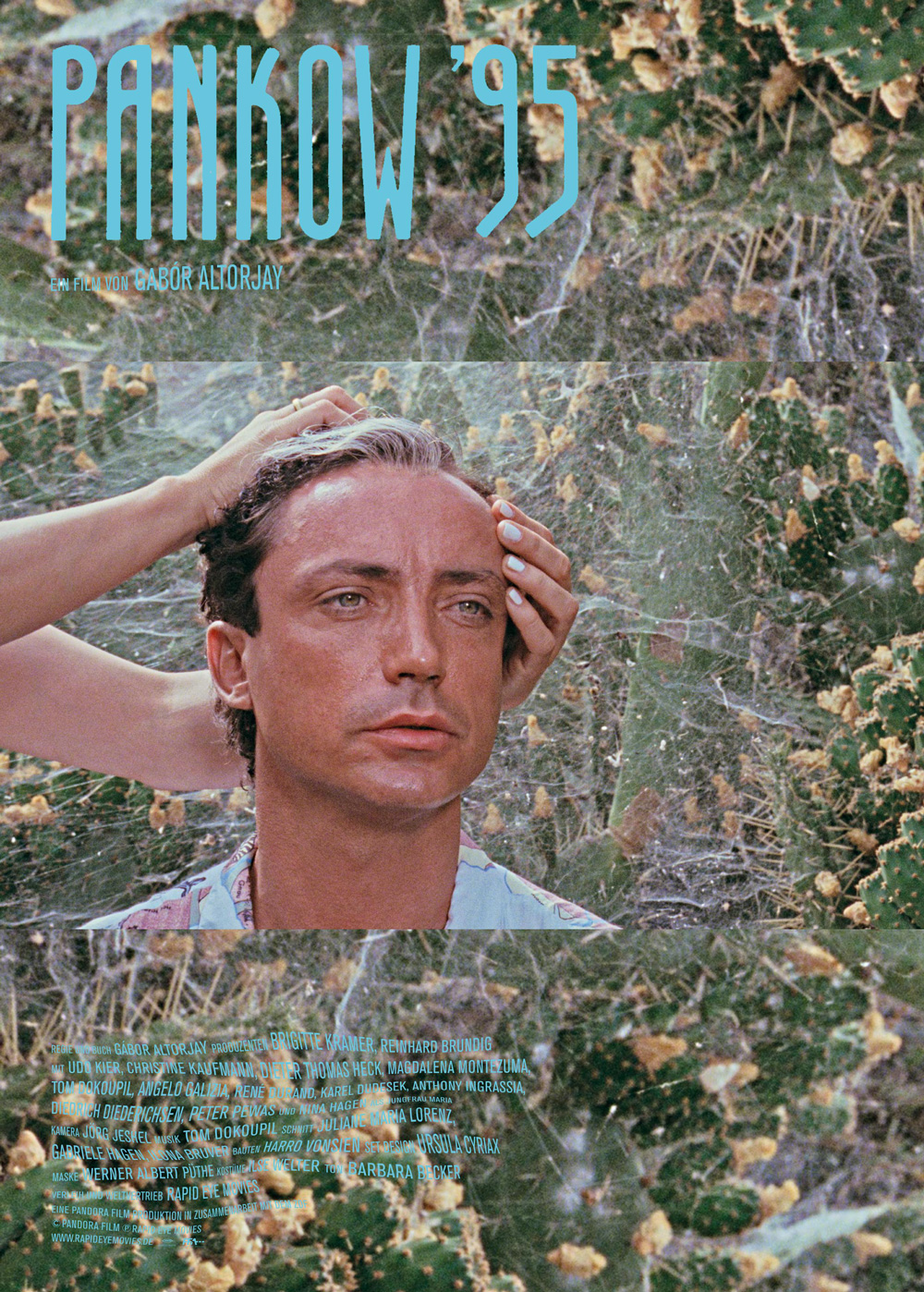 Born in 1946, Gábor Altorjay is an visual artist, all around creative, a pioneer of the Happening, as well as being a film director, producer, radio play author, news editor, and translator. Altorjay studied theology in Hungary before fleeing from Hungarian state security to West Germany in 1967. There, he developed close relationships with the Fluxus artists Vostell, Immendorf, Kagel, and Brock, and proclaimed, in 1970, that “Happenings begin, where art ends.” His first feature film was 1982’s Tscherwonez, followed by Pankow ’95, Punta Grande, and a number of shorts.