We are still requiring masks and proof of vaccination from our audiences. Read more about our COVID-19 policies here.

Screenwriters from Hedgebrook‘s illustrious alumnae community bring their work for presentation at the inaugural Hedgebrook Screenwriters Showcase. Presented in partnership with CineStory Foundation, Northwest Film Forum and Whidbey Island Center for the Arts, the films will be available to view in-person July 29–31 and virtually from Aug. 1–12.

Join us for our closing reception on Aug. 13, an event curated for our Whidbey Island community in partnership with WICA. 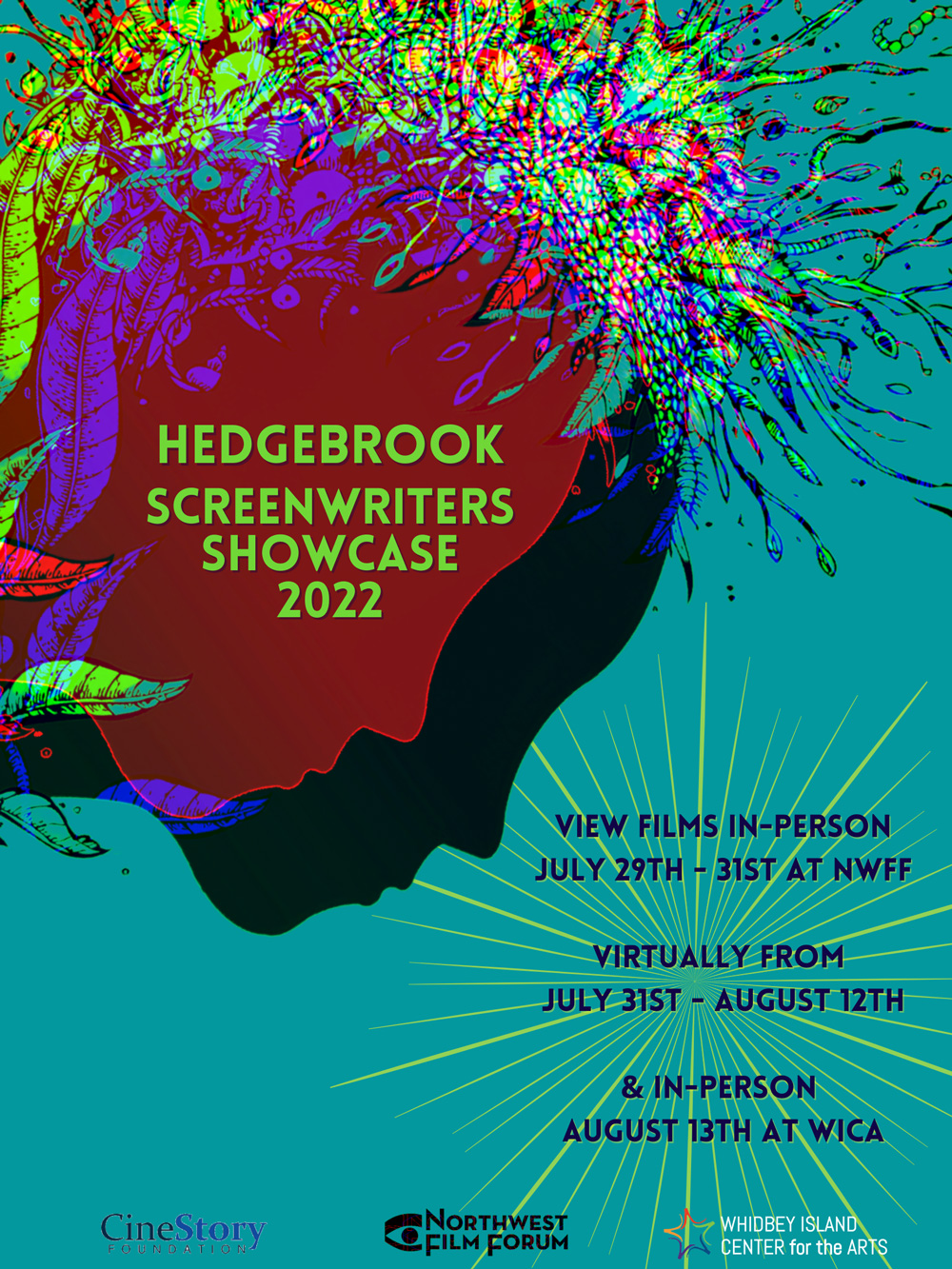 Films in the showcase:

Perpetually scheming 10-year-old Lili would much rather eat junk food and jam out to Air Supply than do her homework. But when her mom comes home early from work, Lili must think fast to pull off her biggest con yet.

Written and Directed by Gabriela Garcia Medina.
Released on HBO Nov. 1, 2020. When distribution ends on Nov. 1, 2022, it will go to Netflix.

Miranda has 24 hours to decide if she wants to erase the memory of her rape.

Written and Directed by Bianca Ahonor.
Released in 2020.

Xin (the Mandarin word for “heart”) is the story of a woman haunted by the ghost of her mother after being her caregiver. With the help of her therapist, she tries to gain clarity on the nature of the hauntings. Are they urging her to perform the ultimate act of violence against her own father? Xin is a psychological drama/horror about surrender, grief and healing.

Niloofar is a twelve-year-old girl whose dream is to read and write, but she lives in a village where education is only for boys. While assisting her mother, a well-known midwife, Niloofar meets a feminist woman who offers to teach her in secret. Before this promise can blossom into the future Niloofar longs for, however, her father promises her hand in marriage to an older man. Horrified, she does everything she can to postpone her first period, then keep it secret from her family, but eventually, her efforts come to an impasse.

Written and Directed by Sabine El Gemayel.
Released in 2008.

Hedgebrook is a global community of women writers and people who seek extraordinary books, poetry, plays, films and music by women. A literary nonprofit, our mission is to support visionary women writers whose stories and ideas shape our culture now and for generations to come. We offer writing residencies, Radical Craft Retreats, and salons at our retreat on Whidbey Island, and public programs that connect writers with readers and audiences around the world.