What’s On
Calendar
Murina [In-Person Only]

Tensions rise between restless teenager Julija and her oppressive father Ante when an old family friend arrives at their Croatian island home. As Ante attempts to broker a life-changing deal, their tranquil yet isolated existence leaves Julija wanting more from this influential visitor, who provides a taste of liberation over a weekend laid bare to desire and violence.

“A powerful film, perfect for summer, that should not be missed…Murina calls to mind Jacques Deray’s masterful depiction of sundrenched sex and violence, La Piscine…standout is rising star Filipović, who manages to capture that delicate, awkward balance of being on the verge of adulthood while still being very much a child..Murina boasts beautiful location cinematography by Hélène Louvart…Murina [is] one of the most satisfying coming-of-age films in recent memory.”  – Film Inquiry

“An exceptional debut…If Patricia Highsmith had ever written a coming-of-age story set on the rocky, clear-watered Croatian coastline, it might have looked a lot like Antoneta Alamat Kusijanović’s bright, brooding debut. The perfect, darkly dazzling vehicle for a sunshine noir.” – Jessica Kiang, Variety 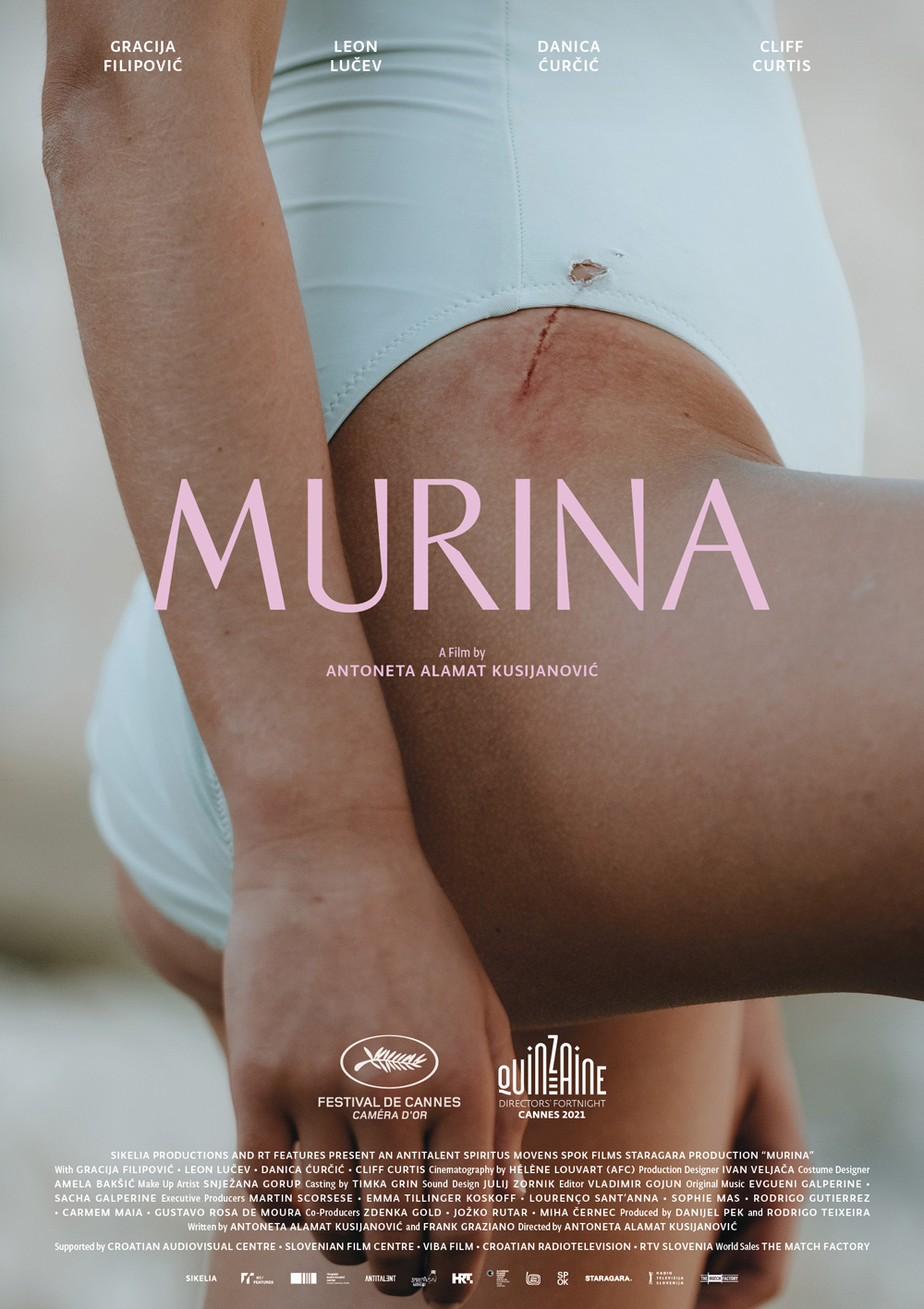