Please pay what you can; proceeds support Nocturnal Emissions and Northwest Film Forum!

Opening night ONLY – Friday, Sep. 4 at 7pm PDT – The premiere screening features an exclusive pre-show reel of classic werewolf movie moments and trailers highlighting the history of Brazilian horror, as well as a live Twitter stream of werewolf trivia presented by Isabella herself via @NocEmiss and #NocturnalEmissions.

Every virtual screening of GOOD MANNERS will feature a special introduction by Mistress Isabella and her “faithless” manservant as well as a post-film conversation with directors Marco Dutra & Juliana Rojas.

Throughout the run of the film, we’ll also be accepting submissions for a special DIY werewolf costume contest with a random, weird prize box awarded to one winner selected by Seattle’s shape-shifting sex symbol, Isabella L. Price! Tune in to the show for details on how to enter.

Set in São Paulo, the film follows Clara, a lonely nurse from the outskirts of the city who is hired by mysterious and wealthy Ana to be the nanny of her soon to be born child. Against all odds, the two women develop a strong bond. But a fateful night marked by a full moon changes their plans.

With powerful visuals and an impeccable cinematography (by Zama’s Rui Poças), Good Manners is Disney meets Jacques Tourneur. The film becomes an unexpected and wild werewolf movie unlike any other, and a poignant social and racial allegory on modern-day Brazilian society.

Synopsis and images courtesy of Distrib Films US. 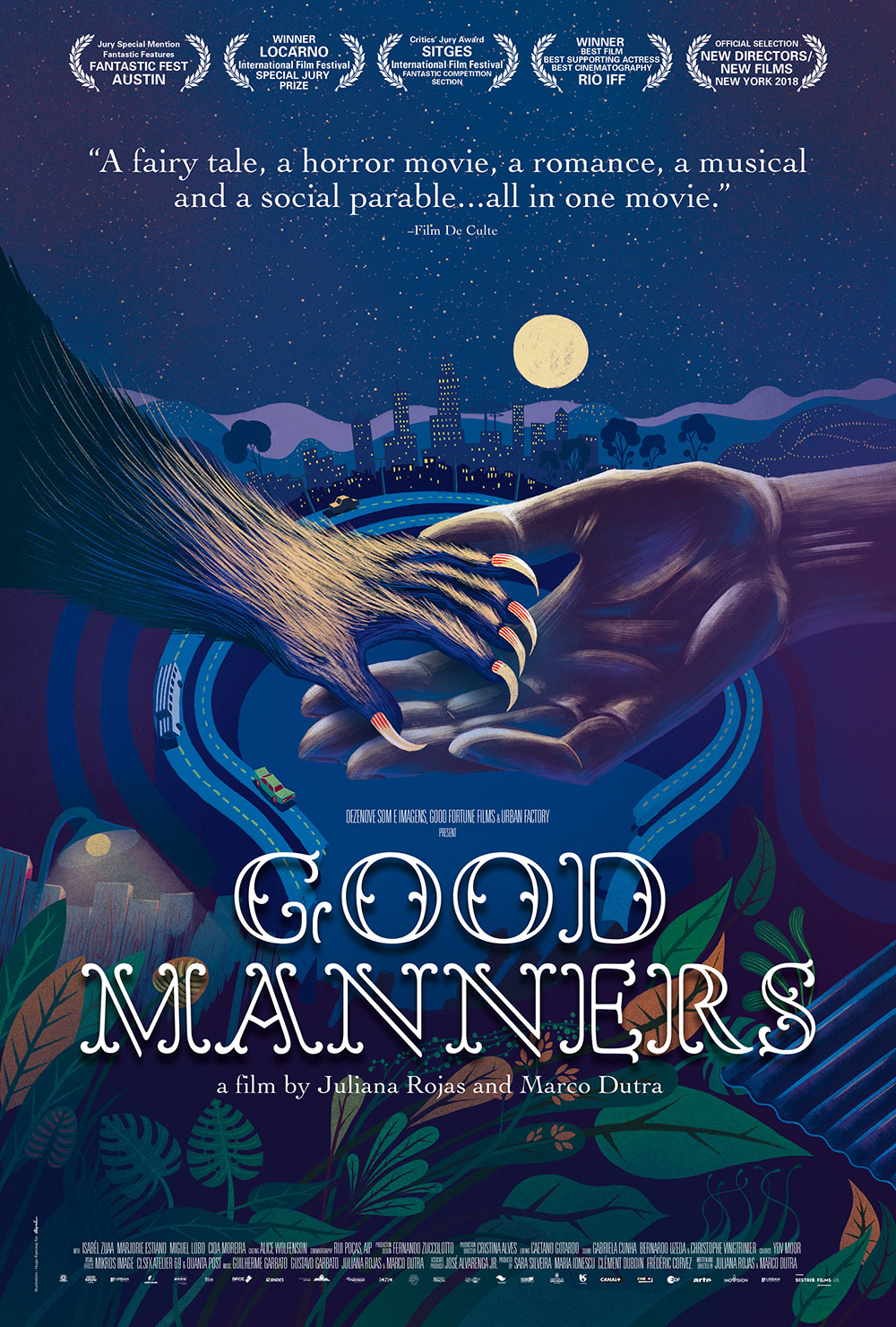