** No one under 18 will be admitted to this screening series! **

These interactive screenings will be hosted and facilitated by Isha Lynde, Saira Barbaric, Lyric Seal and Alistair Fyrn – all of whom are trans and/or queer and the majority of whom are black. This crew of local creatives, workers and artists are curating and cultivating a steamy, thoughtful and fun evening of queer erotica! 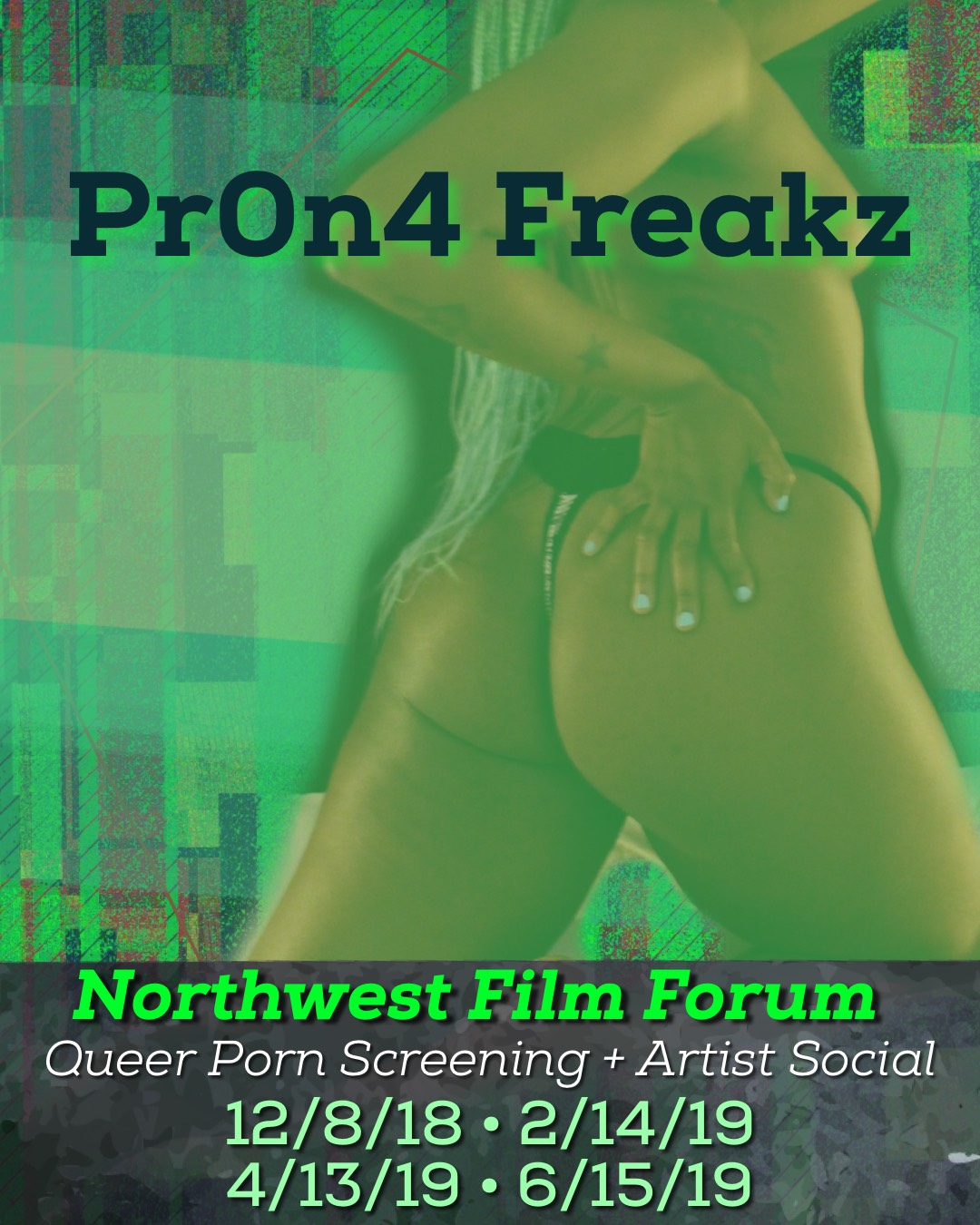 Schedule for each event:

Alistair Fyrn plays professor Augustine Frye, a curious professor who set out into the deep woods seeking to lay eyes upon a mythical river mermaid, the Uiara (played by Saira). Little does he know that the creature has always yearned for a human lover to keep and today is its lucky day. Augustine is going to get sucked right into the Uiara’s depths.

In the first segment of ScumTrust feature film, with Saira Barbaric as Riya and Isha Ali as Neptune, Riya and Neptune go about their day as park rangers, flirting with one another and engaging in a good ol’ fashioned round of heavy petting and tit torture. As they make out, supernatural forces take hold of their desire and they lose track of time and space.

Veteran CrashPad performers Lyric Seal and Vai finally fulfill their fucking destiny by fucking each other. (Vai was Lyric’s intended CrashPad first). While there is no explicit verbal narrative, watch and listen closely, because these forest creatures are performing a healing and cleansing ritual of epic proportions. Nettles hurt a lot but sometimes, you are rewarded with flowers. Directed by Shine Louise Houston, more info on crashpadseries.com

Xöe and Mia have a spontaneous meeting through friends and what starts as a cute, innocent joint-sharing blossoms into something more sensual.

This short compilation featuring Alistair Fyrn, Saira Barbic and Drew Honey takes a sweet moment to show these witchy queers enjoy themselves and each other. With stone and metal toys as well as vibrators and quirky paddles, this coven celebrates each other in a luscious way.

Chelsea Poe embarks on a journey to deepen her relationship with submission and pain through a weekend with Mistress Bella Vendetta.

ScumTrust Productions’ first short film and a 2017 HUMP selection with an original score by K.Hudson. In this nonspeaking short film, Saira Barbaric plays a woodland coven leader and Alistair Fyrn, an unsuspecting hiker who settles in the wrong part of the forest. How will Alistair possibly get free of the witches clutches? Does Alistair even want to?

Directed by Lyric Seal (Neve) with cinematography by Nikki Silver is a luscious award winning short (Best Short, TIPF, Judges Pick, EB XPress Briefs’) which has toured around the world numerous times since 2015, charming audiences with its lurid, deft, yet fond take on service and power. Also, there are puppies.

Xöe travels to visit Ero for the first time after weeks of flirting online, and while they are staying together things get heated up quickly. Hot, sweaty, unbridled encounter between two gorgeous non-binary babes.

A smoke session between bros get personal and intimate, starring Saira B and Alistair Fyrn.

Drew Honey is new to Saira Barbaric’s house of kink play. They’ll get thoroughly introduced on their first date together.

Made in collaboration with Luzifer Priest for unveilandunravel.com. A sensual dance between black elegance and natural rawness featuring a snake via Dylan Kordani and self worship.

A new member is joining the coven. Watch as their inducted into the realm of earthly witchcraft featuring toe sucking, mud wrestling, oral sex, group sex.

Mx. Saira Barbaric is a genderpunk enby bully, a surrealist slutmonster and multimedia artfag. Whether wrestling, filmmaking or partying, Saira loves excess and savors every step to get there.

Alastair Fyrn is a multifaceted creator and filthy mucky pig often to be found amongst rocks and upon mossy hillsides. Rolling in the dirt, not breathing, being inspired by emotions and a solid paddling are a few of their favorite things.

Jiz Lee is the Marketing Director of Pink & White Productions, managing its distribution, affiliate program, crowdfunding campaigns, and more. An actor and producer with a non-profit arts administration background, Jiz has almost 20 years of experience using free and creative strategies to get the most mileage from shoe-string budgets. Their work and advocacy in the industry is driven by a desire to expand what’s possible in adult film by empowering marginalized adult film creators with the tools to succeed. Follow them online at www.JizLee.com

Isha Ali wants you though it’s doubtful that you can satiate them. Isha is an experience likely to cause primal humping ecstasy and disconnection from the space-time continuum.

Nomihelene specializes in one of a kind, handmade adornments, jewelry, and collars with a distinct, individualized, alternative spin. Wearable art constructed from recycled materials and vintage findings.