Robert Mapplethorpe is arguably one of the most important artists of the 20th century. Mapplethorpe discovered himself both sexually and artistically in New York City throughout the ’70s and ’80s. The film explores Mapplethorpe’s life from moments before he and Patti Smith moved into the famed Chelsea hotel, home to a world of bohemian chic. Here he begins photographing its inhabitants and his new found circle of friends including artists and musicians, socialites, film stars, and members of the S&M underground Mapplethorpe’s work displayed eroticism in a way that had never been examined nor displayed to the public before. The film explores the intersection of his art and his sexuality along with his struggle for mainstream recognition. Mapplethorpe is a nuanced portrait of an artist at the height of his craft, and of the self-destructive impulses that threaten to undermine it all.

Photo credit for all images on this page:
Matt Smith as Robert Mapplethorpe
Photo Courtesy of Samuel Goldwyn Films 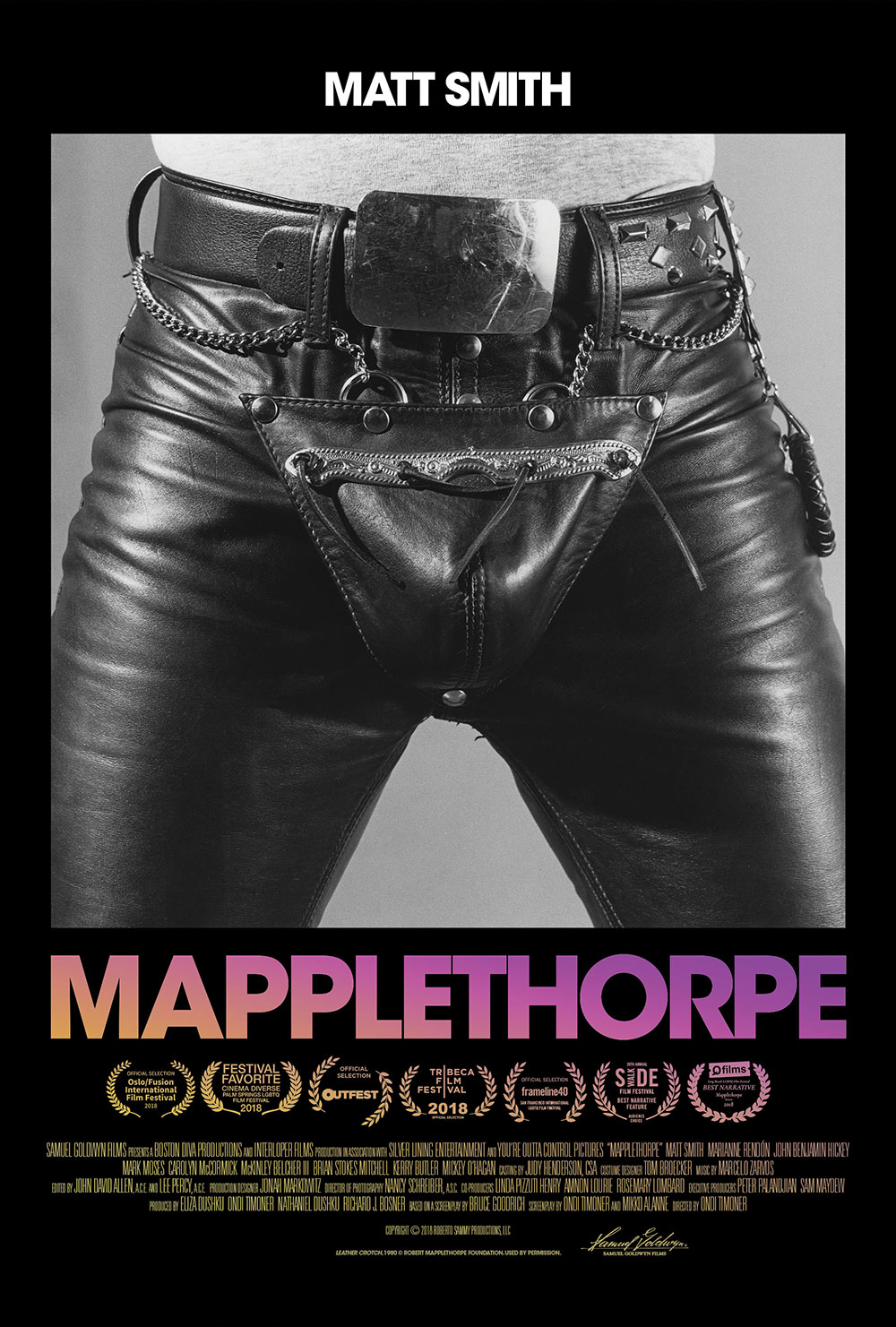