What’s On
Calendar
The Sleeping Negro [In-Person Only]

The Sleeping Negro [In-Person Only]

Confronted with a series of racially charged incidents, a young Black man must overcome rage, alienation, and hopelessness in order to find his own humanity.

The young Black man, simply identified as “Man,” must resolve the personal meaning of his Blackness when his white boss orders him to commit fraud to benefit the corporation. Struggling with an overwhelming sense of shame for going through with the illegal demand, Man seeks consolation by discussing his unease with a Black former friend and his white fiancé. Those conversations lead only to further confusion and frustrations…

Following on the footstep of the LA Rebellion filmmakers, Skinner Myers tells a very personal and intimate Black story in a radically non-traditional cinematic style as a means to freely express his feelings as a Black man in America.

“A superb character study of a Black man, how he sees himself and how he was treated by society, it is surreal yet real and terrifying.” – Ulkar Alakbarova

“Remaining asleep to Myers as an African-American is a sin, but so is to be completely awake to the point where love for the self is all but embraced. In this impassioned, vigorous, lucid cinematic journey, the bleak, bruised-yet-fighting spirit … strikes like lightning, and resonates like thunder.” – Louie Baharom 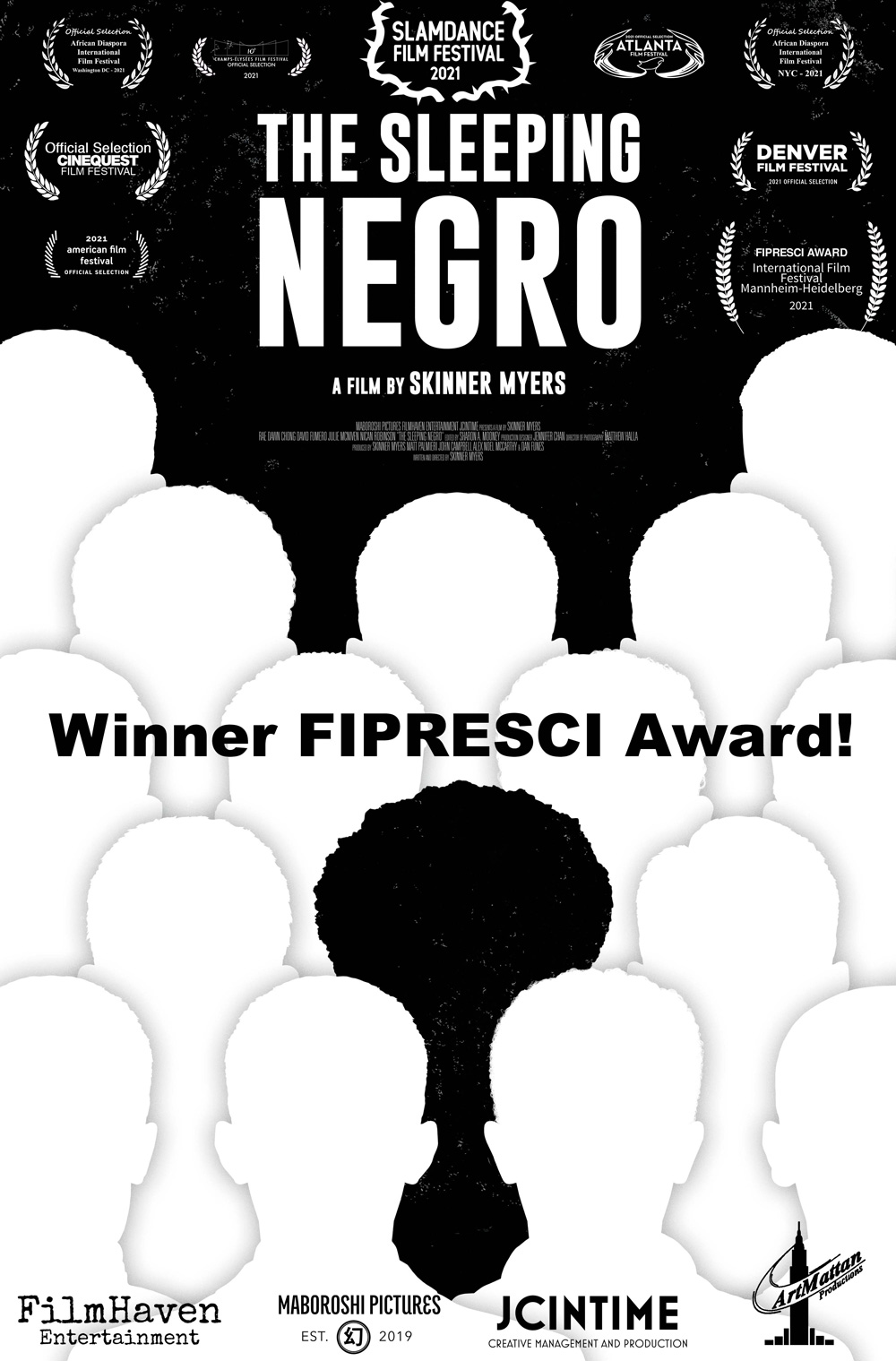