What’s On
Calendar
The Souvenir

A shy but ambitious film student (Honor Swinton Byrne) begins to find her voice as an artist while navigating a turbulent courtship with a charismatic but untrustworthy man (Tom Burke). She defies her protective mother (played by Honor’s actual mother Tilda Swinton) and concerned friends as she slips deeper and deeper into an intense, emotionally fraught relationship that comes dangerously close to destroying her dreams.

From acclaimed writer-director Joanna Hogg comes an enigmatic and personal portrait of the artist as a young woman, combining passionate emotions and exquisite aesthetics into a lush, dreamlike story of young adulthood and first love. At once enrapturing and mysteriously unsettling — and featuring a profoundly layered breakout performance by Honor Swinton Byrne — The Souvenir is an essential and enduring film from a distinctive, exciting filmmaker.

Description courtesy of A24.

“The Souvenir, Hogg’s fourth film, is an extraordinary rumination on memory and privilege while also being one of the most incisive movies ever to directly address—in moral, philosophical and personal terms—what it means to be a filmmaker.” – The Observer

“There’s an interesting paradox here: a movie that feels like it was meant for you alone and also like none of your business.” – The New York Times

“Hogg builds her elliptical love story like a memory palace: immersive, impressionist moments arranged only in the most loosely linear way. But the story casts a spell, and Swinton Byrne is a milky, beguiling presence; it’s almost as if you’re watching her become a person in real time.” – Entertainment Weekly 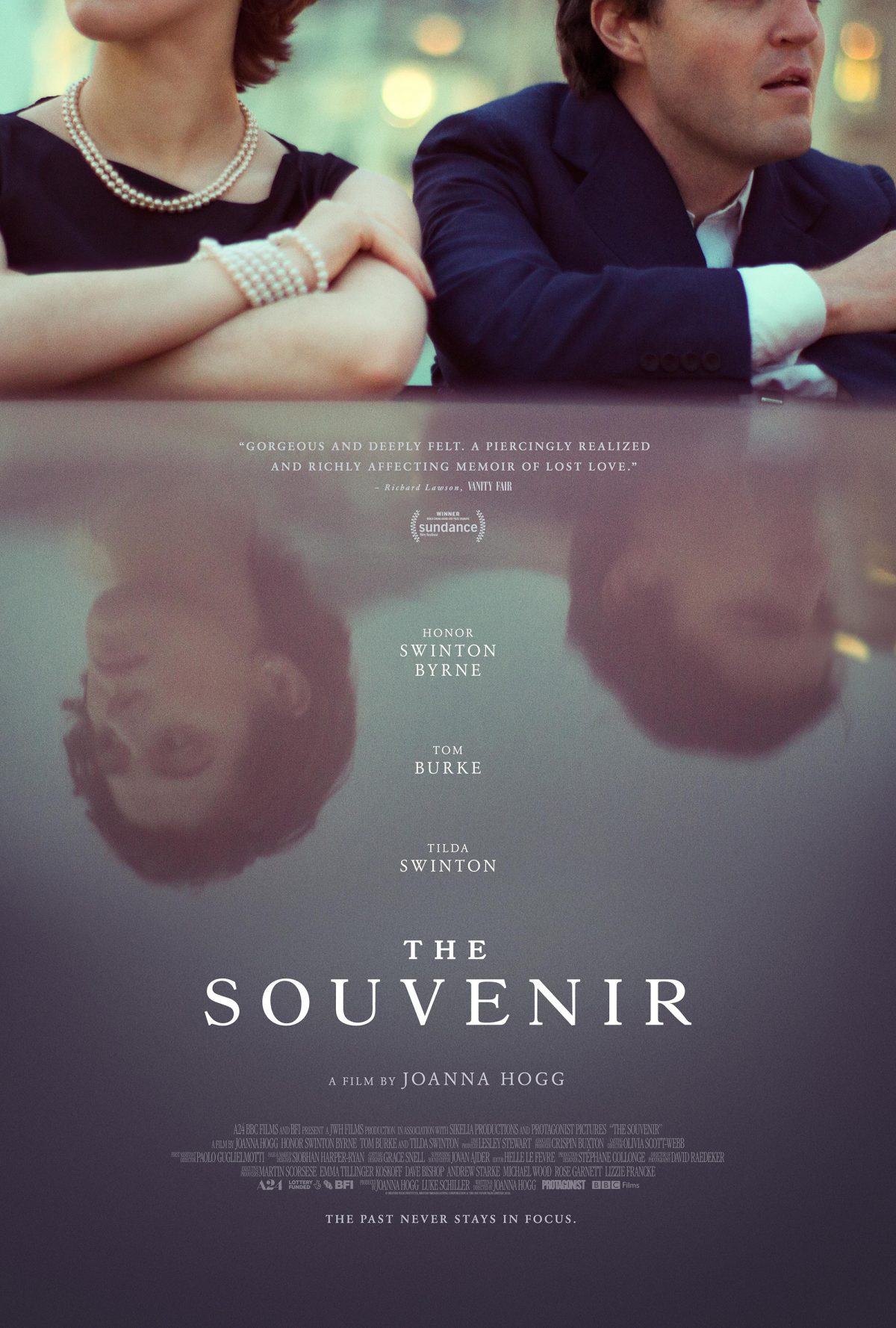