** Co-presented with CAIR-WA! Joining us in a facilitated conversation on Apr. 19 will be CAIR-Washington State Executive Director Masih Fouladi, Professor Mary Callahan, leading local expert on Myanmar and Burma, who incidentally sat next to Ashin Wirathu on a recent flight, and Emmanuel N. Muvunyi, President of the Rwandan Community State of Washington, who will speak to the connections between the Rwanda genocide and what’s happening to the Rohingya. **

“The Islamophobic Burmese monk known as The Venerable Wirathu has led hundreds of thousands of his Buddhist followers in a hate-fueled, violent campaign of ethnic cleansing, in which the country’s tiny minority of Muslims were driven from their homes and businesses and penned in refugee camps on the Myanmar border. Barbet Schroder’s portrait of this man again proves, along with his General Idi Amin Dada (1974) and Terror’s Advocate (2007), that the director is a brilliant interviewer, allowing power-hungry fascists to damn themselves with their own testimony. His confrontation with Wirathu… is revelatory and horrifying.” – FilmLinc.org

“This is a sombre, pessimistic but necessary film.” – Peter Bradshaw, Guardian

“In a sense, this is the most terrifying of Schroder’s portraits.” – Glenn Kenny, New York Times

“This is an important documentary that not only illuminates the rank underbelly of Theravada Buddhism in Myanmar, but also captures one of the first major tests faced by the new political order, especially regarding freedom of speech and assembly.” – Gavin Jacobson, The New York Review of Books 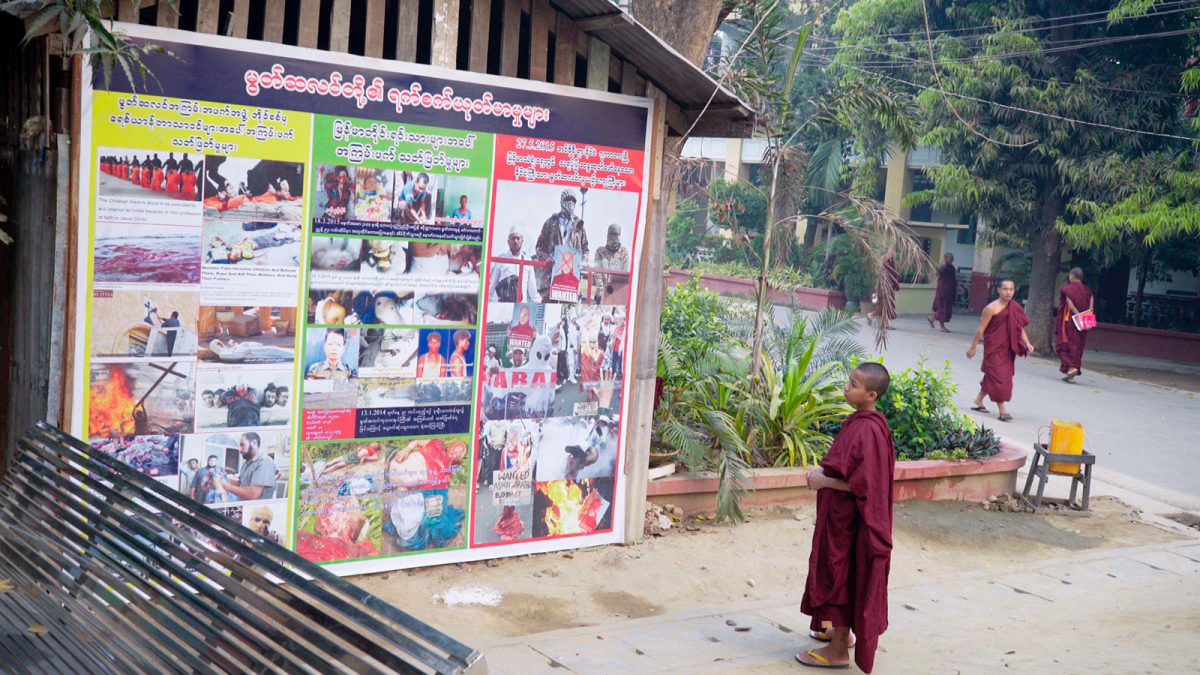