This program will be streamed LIVE on this page and on our Facebook Videos page.

No password is necessary to view Moving History programs. Donations to NWFF and/or MIPoPS are optional but appreciated!

The AV archivists at Moving Image Preservation of Puget Sound (MIPoPS) have digitized countless boxes of magnetic video tape. For the most part, the materials that they’re most concerned with preserving are tapes that document our region’s history, as told by its denizens; journalism and public access television, along with discussions with important community members, artists, and figures in local politics.

Now and then, this work introduces a box of incredible video art to the office, or an entire avant-garde dance oeuvre in desperate need of digitization. Those are the weeks that MIPoPS lives for! In November 2020, MIPoPS will present EXPERIMENTAL ENTERTAINMENT: two programs of artistic artifacts and obscurities encountered in the course of their work, including several beautiful films by multi-talented Seattle video artist Doris Chase, an international collabo between Seattle filmmaker John D. Pai and Malaysian choreographer Mew Chang Tsing, performances from Seattle Mime Theatre and Sally Sykes Group, as well as selections from the Seattle Channel’s film and video artist showcase program, Seattle Cine-visions.

Film program TBA, but rest assured, it will share DNA with the Nov. 8 program! MIPoPS archivists’ Karl Krogstad and Doris Chase films are burning holes in their curatorial pockets, so we can promise more of those with absolute certainty. 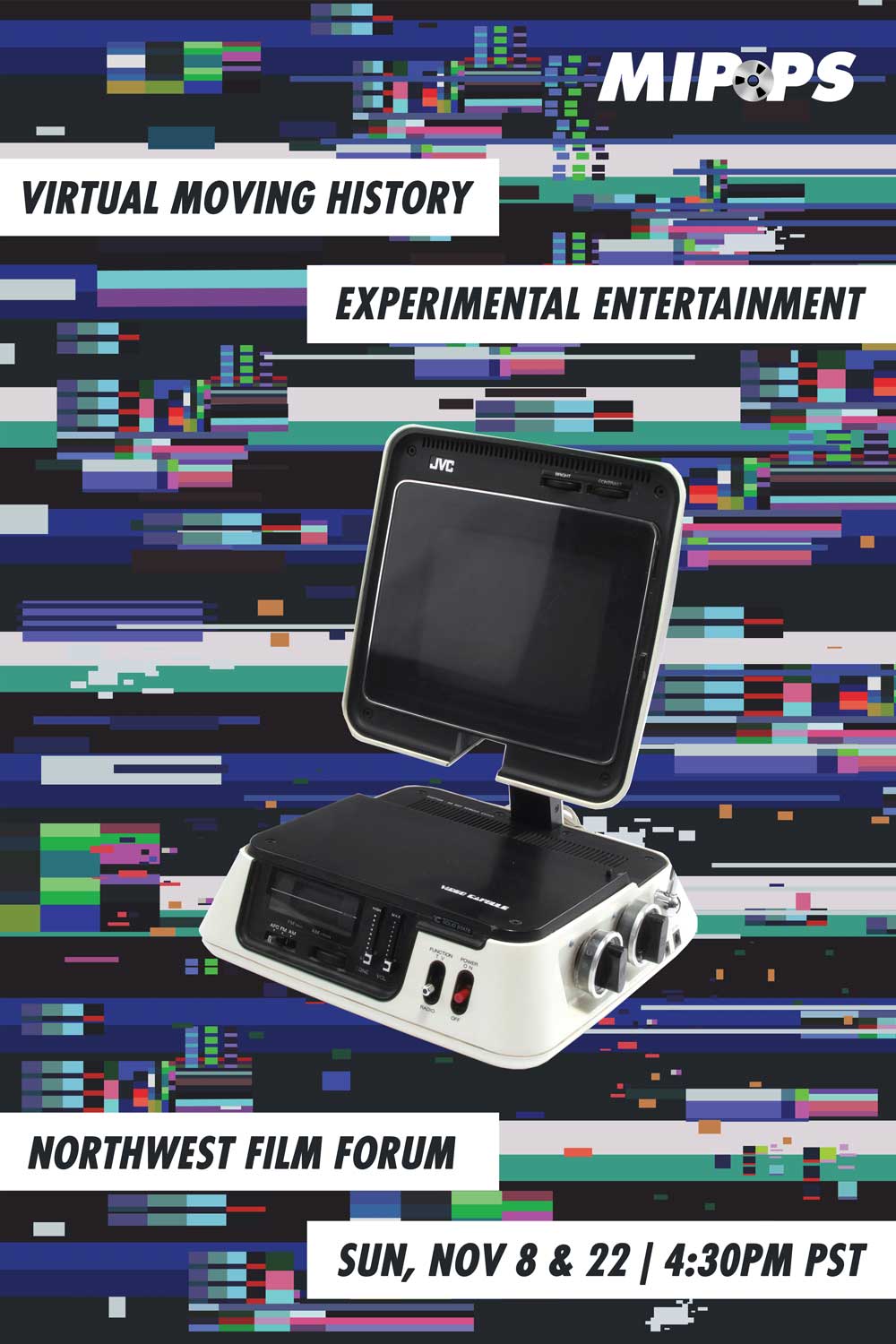 In order to adhere to social distancing best practices, MIPoPS is proud to partner with the Northwest Film Forum to bring you a weekly series of archival videotape documenting a diverse history in Seattle. Featuring a variety of material and topics, this series will curate a set of clips each Sunday to provide comic relief, historically relevant medical and public health documentation, performance recordings, and much more.