A Grain of Sand is the solo saga of one Japanese American woman, defying inherited bias and the erasure of assimilation on her quest for self-definition.

** Content warning: This show covers several generations of Nobuko Miyamoto’s family story, and is laden with heavy themes. Suicide, racial prejudice, slurs, murder, the violent displacement of internment, and damagingly narrow expectations of what a Japanese woman can do socially, artistically, politically, and economically — all come up in the context of her story, though they are always given appropriate narrative weight, and are not dwelled upon. **

In a poetic fusion of story, song, and video imagery, Nobuko Miyamoto traces the story of three generations of her family, from immigration, to internment camps, to the L.A. riots. As a young and willing subject of American culture and media, she rejected what she perceived as a limiting reservedness of Japanese tradition and tried to break into show business, but the artifice and tokenism of her roles nagged her. During the late ’60s, as she responded to a rising pulse of Asian American activism around her, she found new strength in applying her talents to folk song and activism. Across the nation she met other artists and activists involved in Black, Latino and Native American civil rights movements, and joined their fights.

A Grain of Sand portrays a path of perspective, from the isolation and numbness of individualism to meaningful wholeness in a multicultural milieu.

Special thanks to Nobuko Miyamoto, and Wing Luke Museum, with whom MIPoPS worked to digitize magnetic media from NWAAT’s collection, including this VHS recording. Watch it again after the livestream here! Digitization of this videotape material has been made possible in part by the National Endowment for the Humanities. 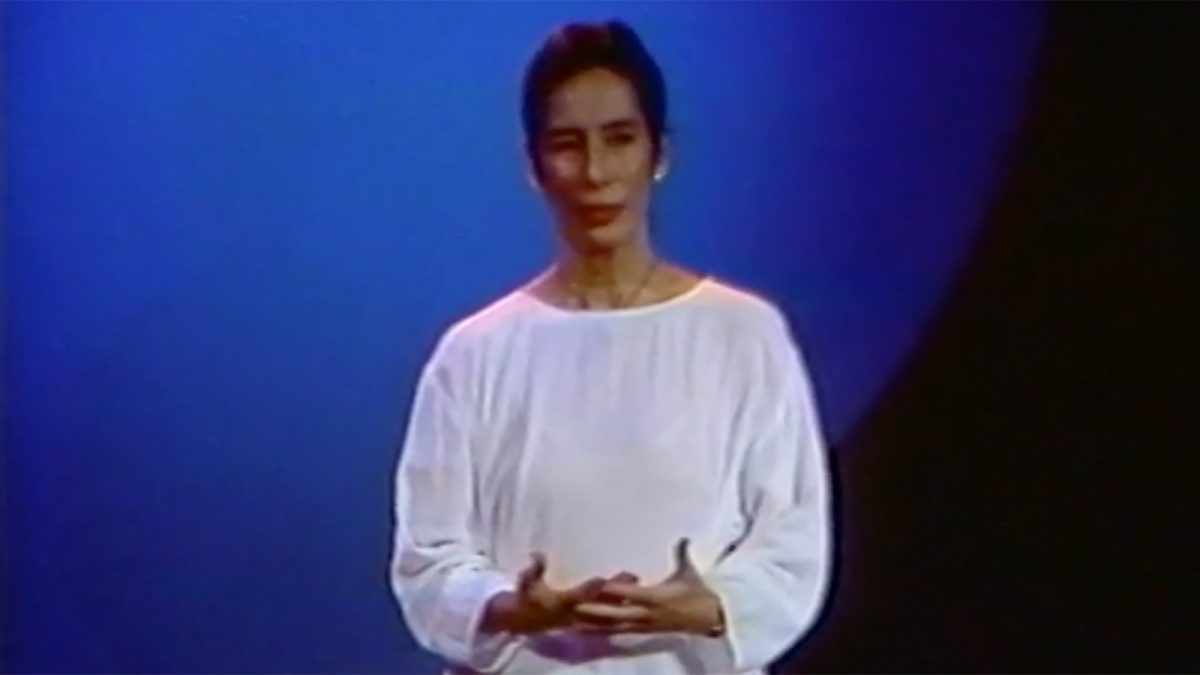 “With neither guideposts nor role models for reference, Nobuko improvised her own artistic path as a songwriter, dancer, and theater artist. Across five decades, she forged a creative practice that thrives on collaboration and continues today with a fire for justice. Now entering her eighth decade, Nobuko Miyamoto is unstoppable—firing up new projects, speaking out for racial justice, and undertaking new collaborations.” – From Folkways’ announcement of Nobuko Miyamoto’s 120,000 Stories