In 2014, while the NFL makes $11 billion in profit, Lacy, an Oakland Raiders cheerleader, realizes her compensation would amount to less than minimum wage. The base NFL player salary is $420,000, mascots are paid on average $60,000 a year and concession workers are paid minimum wage plus tips. After paying out of pocket for beauty, transportation and uniforms for her “dream job,” she struggles under mounting debt. Disgusted by the injustice, Lacy enlists an all-female employment law firm and sues the Oakland Raiders for wage theft in a class-action lawsuit. She inspires four other women across the country to stand up and file similar lawsuits, including Maria, a former cheerleader for the Buffalo Bills.

Lacy grew up in small-town Louisiana and trained her entire life to become a professional dancer. Maria has served her tight-knit community through her sport since she was a child. A Woman’s Work follows these two brave women who stand up against an all-powerful industry in order to change what they love for the better. In the process of exposing the criminal acts of these corporations, they reveal a culture of toxic masculinity and the ingrained devaluation of women’s labor in society. They face attacks from the public and their former teammates, women who insist on upholding the status quo. As they juggle their legal battle with the gendered work of marriage and motherhood, Lacy and Maria arrive at a feminist awakening on the heels of the #metoo movement. A Woman’s Work weaves a sharp cultural exposé with intimate journeys of empowerment in order to deconstruct the patriarchal foundation of American mythology. 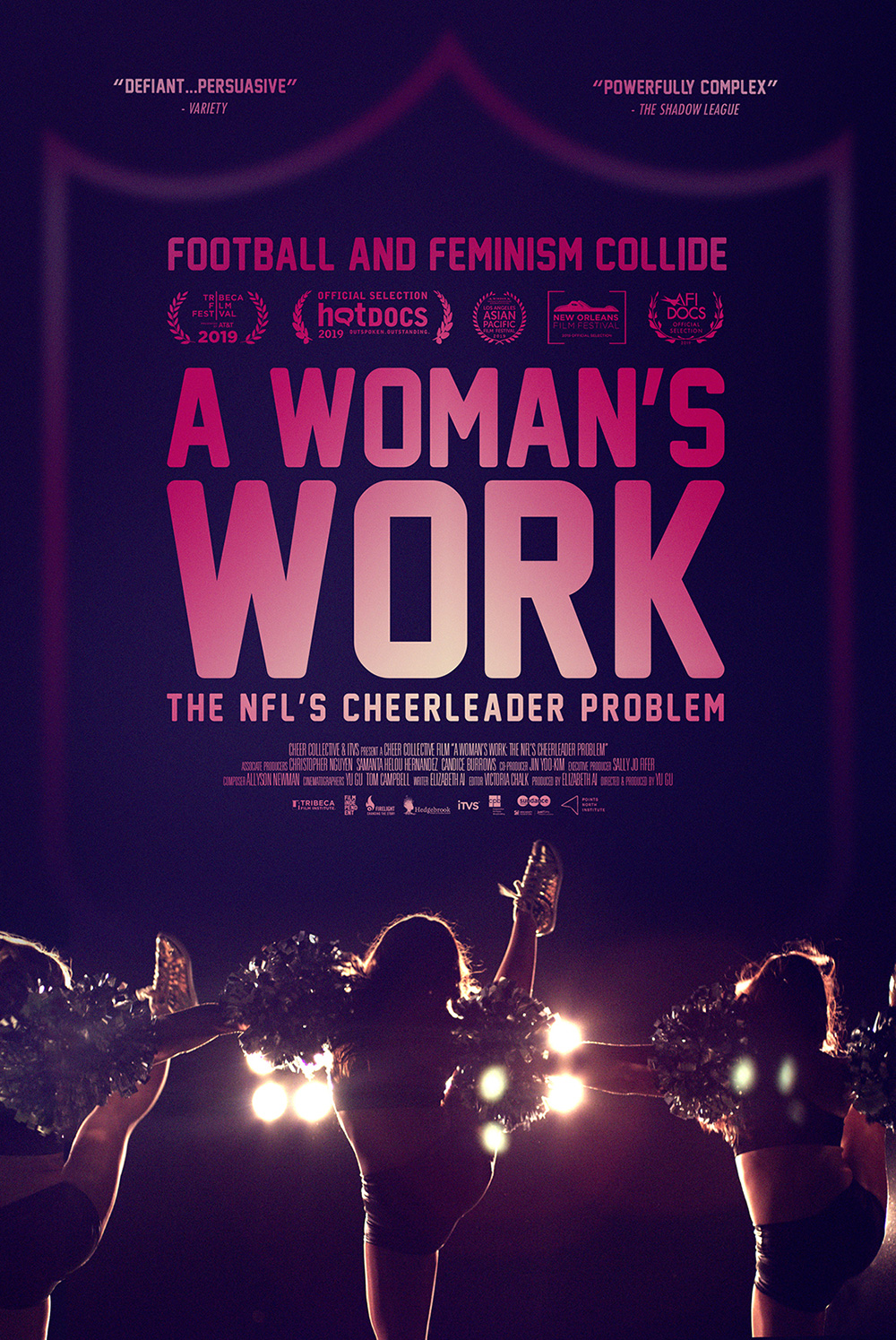