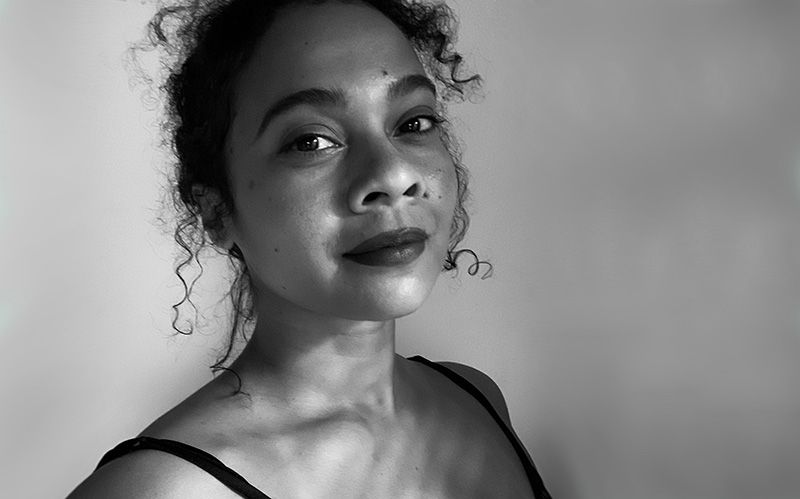 This year, to honor the legacy of beloved filmmaker Lynn Shelton, Northwest Film Forum and Duplass Brothers Productions launched the Lynn Shelton “Of a Certain Age” Grant. This $25,000 unrestricted cash grant is modeled after Shelton’s own history in the film industry, supporting a woman or non-binary US-based filmmaker, age 39 or older, who has yet to direct a narrative feature.

The Award Selection Committee was comprised of Justin Chang (film critic, Los Angeles Times and NPR’s Fresh Air), Nia DaCosta (director, Captain Marvel II, Candyman), Mel Eslyn (President, Duplass Brothers Productions), Aurora Guerrero (director, Mosquita y Mari), and Nahnatchka Khan (director, Always Be My Maybe, executive producer, “Fresh Off the Boat”). Guerrero said of the experience, “It was an honor to be among such an esteemed group. There was this underlying thoughtfulness and commitment to the process that really made me appreciate being in conversation with everyone on the committee.” Adds DaCosta, who Shelton mentored at the Sundance Labs, “It’s helped to soothe the ache, doing this small thing, of the terrible loss of such an immense, giving, magnificent woman.”

The recipient of the 2020 Lynn Shelton “Of A Certain Age” grant is Keisha Rae Witherspoon, a Caribbean-American filmmaker based in Miami. “From a truly stellar group of nominees I’m so excited for our winner, Keisha Rae Witherspoon,” DaCosta said. “Her point of view, visual acuity and humane sensitivity make her work electrifying. She creates in the exciting mode of our late Lynn Shelton. I feel there is a kinship in the process between them—an unbreakable and clear thread between their distinctive works.”

“Keisha Rae Witherspoon is one of those filmmakers that make you excited about what’s possible. The way she conveys characters that are at once both completely unique yet also familiar–like people who you actually know but no one you’ve ever met. To me, I see a direct connection to the work of Lynn Shelton there,” says Khan, who collaborated with Shelton on Fresh Off the Boat. “The way Lynn was able to drop you into the lives of people who felt real and true and then take you on a journey to show you how everyone is totally unique. Keisha continues in that tradition by also blurring the lines between reality and fiction and playing with tone in a way that makes you feel rooted in something and also slightly off-balance at the same time. I imagine Lynn would be delighted to discover the work of this talented new storyteller.”

Witherspoon’s work is driven by interests in science, speculative fiction, and fantasy, as well as documenting the unseen and unheralded nuances of diasporic peoples. Her short film T world-premiered at BlackStar Film Festival 2019 where it won audience award for best short film. It went on to screen at Sundance and win the Golden Bear for best short film at Berlinale.

In her letter to the Award Selection Committee, Keisha said, “I think of artistry as shamanism, a transformative process that, when done right, opens and bends the mind to wild new possibilities. After nearly two decades of self-discovery, coursing, most often as a voyeur, through exclusive and often intimidating creative communities, and finally piecing together my career and creative identity from limited optics and examples, I’ve arrived at this new existence as a ‘40-year-old emerging filmmaker.’ I’ve often been my own source of strength to push through these spaces, because I had to—because my unheard voice was my community’s, and it deserves more.”

The grant fund was spearheaded by Duplass Brothers Productions, which includes Mark Duplass, Jay Duplass and Mel Eslyn, and was bolstered by many others, including Washington-based production company COLOR, Tracy Rector, Eliza Flug, Marc Maron, Joshua Leonard & Alison Pill, Michaela Watkins & Fred Kramer, CB Shamah, Chris & Philip Wohlstetter, and Jennessa & Robert West. It is being stewarded by Northwest Film Forum, a community film center that supported Shelton in her early years and throughout her career.

Vivian Hua, Northwest Film Forum’s Executive Director, says, “The enormous talent which came our way during this process proves that making a feature film is not a benchmark for talent. Keisha absolutely is and will be one to watch, and we are elated to play a small role in her sure-to-be transformative future.” Eslyn adds, “Keisha’s work knocked me off my feet. Her voice is so distinctly unique, her textures rich, and her humanity is visible. It’s everything we need in the world and in art.”

READ PROFILES OF 25 OF THE GRANT NOMINEES (via REDEFINE magazine)

Keisha Rae Witherspoon is an independent Caribbean-American filmmaker based in Miami. Her work is driven by interests in science, speculative fiction, and fantasy, as well as documenting the unseen and unheralded nuances of diasporic peoples. She is also co-founder of Third Horizon, a Caribbean film collective that stages the annual Third Horizon Film Festival in her hometown. It was named one of the “25 Coolest Film Festivals in the World” by MovieMaker Magazine in 2019. Her short film T world-premiered at BlackStar Film Festival 2019 where it won audience award for best short film. It went on to screen at Sundance and win the Golden Bear for best short film at Berlinale. She is currently writing a black sci-fi set in Opa-locka, Florida, which has received early development support from Sundance, Cinereach and SFFilm/Westridge. This will be her feature directorial debut.

In television, DBP was previously in an overall deal with HBO which yielded the hit series ROOM 104 and TOGETHERNESS, both of which Mark and Jay created, directed, and executive produced. HBO licensed DBP’s animated series ANIMALS, which ran for three seasons. Next up, DBP will again team with HBO on a comedy series starring Bridget Everett, slated for 2021 production.

DBP is also active in the docuseries television space, best known for producing Netflix’s WILD WILD COUNTRY, winner of the Emmy Award for Outstanding Documentary or Nonfiction Series in 2018. DBP also produced EVIL GENIUS for Netflix and ON TOUR WITH ASPERGER’S ARE US for HBO, and they will release HBO’s THE LADY AND THE DALE in 2021.

DBP’s recent feature film productions include THE ONE I LOVE, TANGERINE, the CREEP franchise, PADDLETON and HORSE GIRL. Both brothers have also been prolific in front of the camera. Mark is an Emmy-nominated series regular on the Golden Globe-nominated Apple series THE MORNING SHOW, and Jay starred in all four seasons of Amazon’s award-winning series TRANSPARENT, as well as the series finale movie.