About Us
News & Press
NWFF is Hiring for a Marketing & Outreach Specialist!
News 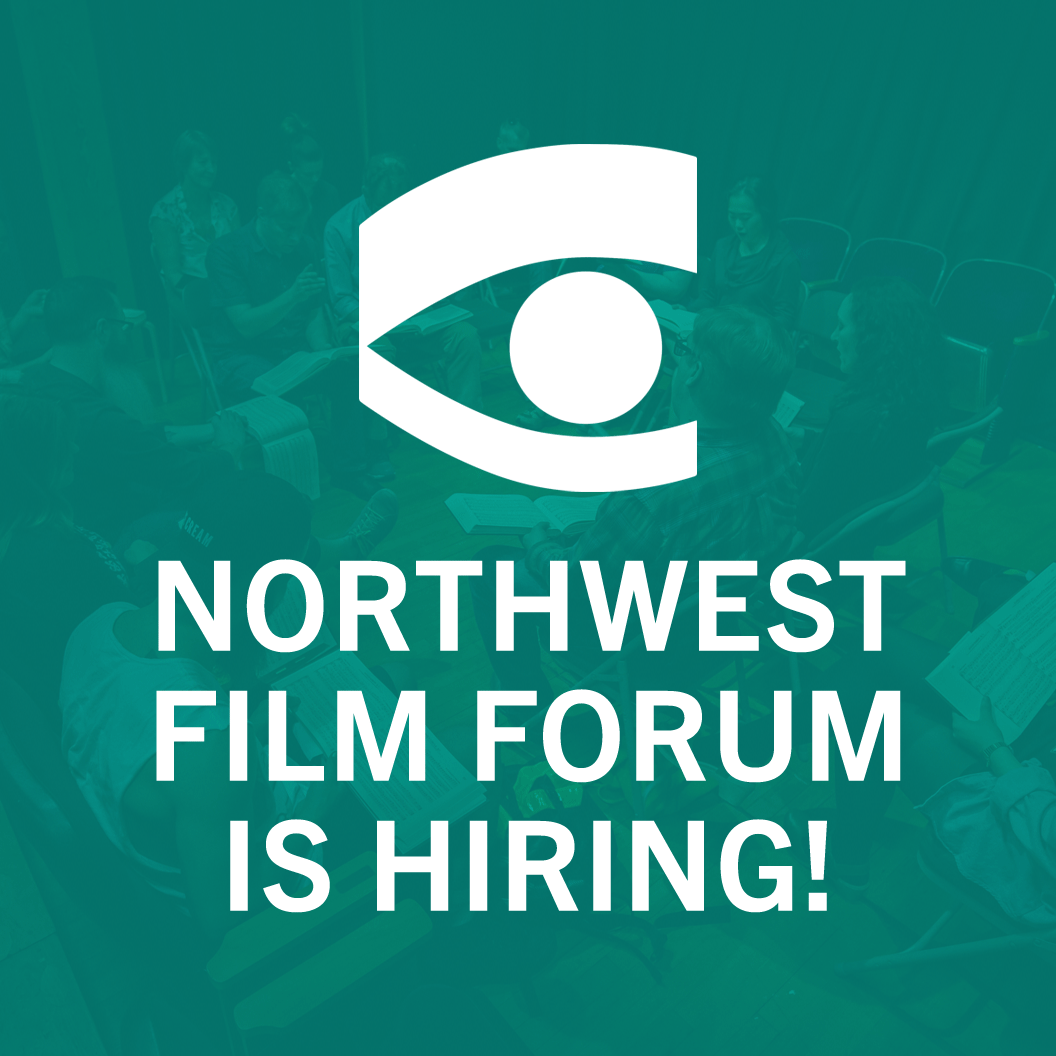 NWFF is Hiring for a Marketing & Outreach Specialist!

The candidate will help us develop and implement compelling digital, print, and social media communications timelines and strategies, in a shared team environment. They will also build new relationships and expand upon current ones with our diverse community of stakeholders, which include but are not limited to: artists and art lovers of all kinds, members, partner organizations, nonprofits, film festivals, event producers, and grassroots groups.

Northwest Film Forum believes in coalition-building and horizontal models of collaboration and leadership. The candidate for this position will be self-motivated and able to work independently as well as work in close collaboration with a larger team. All Film Forum staff wear many hats and are comfortable working in a passionate, shared environment of collective decision-making and visioning.

Please note that all roles and responsibilities will be executed alongside other members of the Film Forum team, where appropriate.

In collaboration with Communications Manager, Artistic Director, and Executive Director.

This staff position is 20 hours/week, $18/hour, and reports to the Executive Director. Flexible work schedule, plus access to filmmaking gear, computers, and workshops. After positive 9-month review, this position will be eligible for benefits, including 100% coverage of health, dental, and vision, plus a stipend for workforce development training.

For the foreseeable future until pandemic restrictions and stay-at-home orders lift, this role will be remote, though a candidate local to the Western Washington area is encouraged, as the role will likely be in-person when NWFF is able to open our doors once again.

Audio and video statements are not to exceed 3 minutes in length and can be sent via wetransfer.com to vivian@nwfilmforum.org.

Northwest Film Forum is an Equal Opportunity Employer. Employment policies and programs of Northwest Film Forum are nondiscriminatory in regard to race, gender, religion, age, national origin, disability, veteran status or sexual orientation. All potential candidates who identify as Black, Indigenous, person of color, immigrant, living with a disability, low-income, or LGBTQ+ are highly encouraged to apply.

Review of applications begins January 18, 2021, but the deadline for applications is January 25, 2021. Starting date is negotiable, but ideally begins in mid-February.

Vision:
Our vision is a world where all people have the power to express themselves and connect with each other through visual storytelling and culture.

Values:
Based in the city currently known as Seattle, we acknowledge that we are located on the ancestral lands and territories of the Coast Salish people, including the Duwamish Tribe (Dkhw Duw’Absh), who are still present among us and leading much of the important cultural and societal work in the region.

In recognition of the role of the arts as a vehicle for social change, we are committed to undoing systems of oppression in our work and lives. We are working everyday to learn and dismantle racist, sexist, and inequitable systems in our lives and organization.

About Northwest Film Forum:
Since its founding in 1995, Northwest Film Forum has evolved from a filmmaker’s collective focused on supporting niche local productions into a robust multimedia hub, film center, and community space. We now present nearly 500 films and events annually. At our core are major film festivals such as Children’s Film Festival Seattle, which reaches over 10,000 people a year on-site and through its touring program, as well as Local Sightings Film Festival, which highlights Pacific Northwest artists and filmmakers. Our robust calendar of educational workshops served 263 youth and 900 adults in 2018, both incubating new filmmakers and supporting established ones.

Three years ago, NWFF urgently and intentionally shifted our mission to reflect the organization’s changing direction. Our previous mission to “…discover and champion the work of visionary filmmakers and, engage the public and artists alike in deeper exploration of the art of film,” has been revisioned to encompass a larger definition of community. NWFF now promotes film as a mechanism for open dialogue and collective action; we pride ourselves on curating shared, experientially-rich events. We actively push for structural change within an industry that has long fallen short of providing meaningful opportunities and access for artists of color, women, and LGBTQ communities, and as an organization, our fluid ability to adapt quickly has allowed us to become a local leader that takes meaningful risks on film and event programming, as well as sets and seeks to achieve gender parity and racial equity throughout our organization.