About Us
News & Press
On the structure of Mariano Llinás' LA FLOR: "...like freeze-tag improv on a massive cinematic canvas."
News 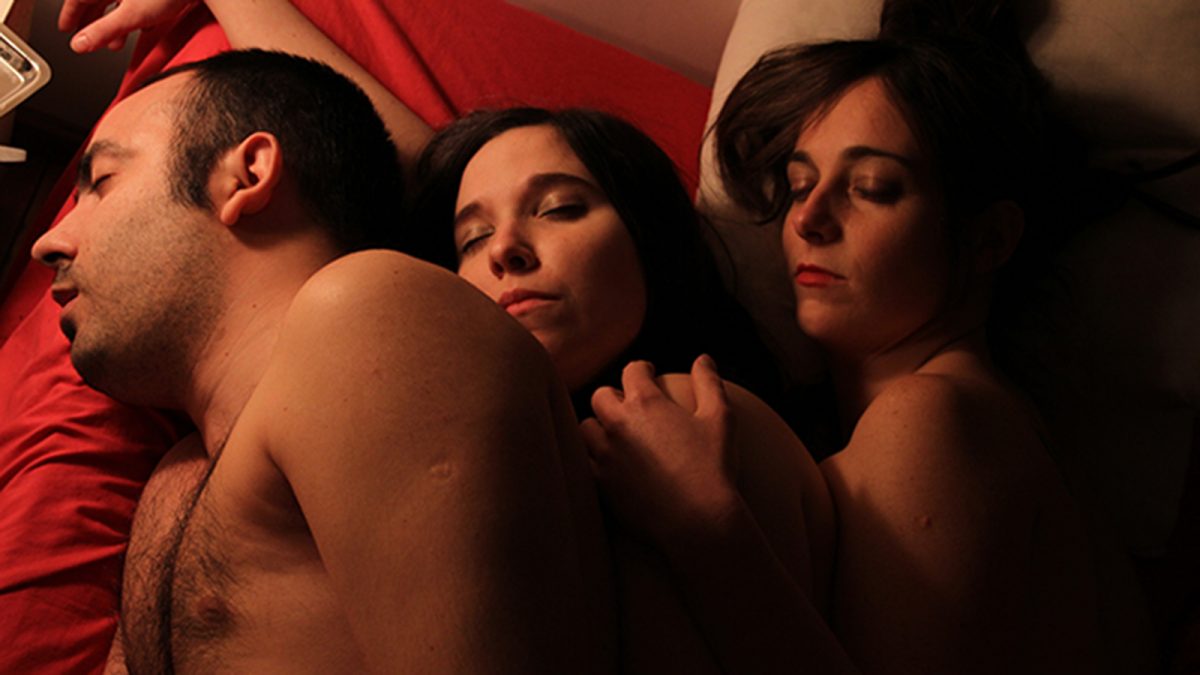 On the structure of Mariano Llinás’ LA FLOR: “…like freeze-tag improv on a massive cinematic canvas.”

It’s not common to encounter a movie which challenges our very concept of what comprises a unified feature film. Yet Mariano Llinás’ 2018 magnum opus, La Flor, does exactly this. Divided into 4 equilateral slabs of narrative for screening purposes, La Flor is a 14-hour collection of stories – six stories, all (but one) starring the same four women, united by scattered callbacks and fourth-wall-breaking directorial asides, divided by numerous well-earned intermissions and by its wild divergences in genre, pacing and tone.

The individual installments are purposefully fractured, beginning or ending in media res. Mariano Llinás appears himself in the film’s introduction, sitting by the roadside with his notes, to explain La Flor‘s daunting and dizzying structure. In a gently deadpan manner, he lays the parameters for the excursion viewers are about to embark on: four stories with beginnings and no endings, one “based on an old French movie” (Jean Renoir’s A Day in the Country) which is self-contained, and finally an ending with no beginning.

While there are certainly flowers alluded to in La Flor‘s narrative, “la flor” itself is the structure of the film. Diagrammed by its director, we see four petals of narrative fragments joining into a central stem, descending to the ground – the ending. There are few overt narrative links between the six episodes, but themes and images recur – references to queens, cats, duels, arachnids, airplanes; the context changing along with the genres and characters.

The myriad genre exercises and narrative conceits are played to the hilt, often unfolding at a slow-burning, meditative pace with numerous digressions and flashbacks that click into place at the least expected time. While La Flor is not afraid to explore somber territory at times, it maintains a sense of structural and conceptual playfulness that keeps it from feeling too much like a viewer endurance test or a rarefied exercise in “high culture”. The high-concept setups and rapidfire transitions between episodes (often occurring at the peak of one plot’s tension) give the feeling of theatrical games, like freeze-tag improv on a massive cinematic canvas.

Our first episode is introduced by Llinás as “a B-movie, the kind that the Americans once made in their sleep, but forgot how.” Our four leads here become archaeologists, running a tight ship managing a research institute until they are surreptitiously delivered an Inca mummy and everything begins to spiral out of control. Llinás gleefully indulges in the camp imagery of vintage horror, but also raises a sense of genuine tension and menace as the stakes continue to raise. This first installment also establishes themes which will recur throughout La Flor – historical memory in Latin America, and the ways in which powerful and competent women are underestimated by their male peers.

The shift from this paranormal yarn to our next installment is exciting and rather humorous in its abruptness, as we shift gears to episode 2: “a musical with a bit of a mystery”, a lovingly-crafted melodrama about bitterly estranged pop musicians who were once collaborators and lovers. It simultaneously feels like an affectionate sendup of soap-opera tropes and a reflection of the differences between relationships as experienced and as remembered, and still manages to find time for a gonzo subplot involving scorpions.

If any segment could be called the centerpiece of La Flor, it would be the third episode: a labyrinthine Cold War spy thriller which would come in at around 5 hours if released on its own. At once minimal and maximal, this installment uses the microcosm of four deadly female agents on a mission through the desolate countryside of Argentina as a springboard to explore a web of global narratives and vignettes, ruminating on the impact of the Cold War and its discontents. Llinás displays a well-earned bitterness towards the impact of Anglo-American military adventurism, and a weary, resigned sympathy towards the ideals and struggles of Marxism (without portraying the Soviet Union as the genuine achievement of those ideals).

If the playfully stop-start, high-concept structure of La Flor evokes games of improvisational theater, the extensive voiceover narrations lend the film the atmosphere of literature. The emotional and audiovisual capacities of the voiceover are explored the most fully in La Flor‘s third chapter. A sense of transcendentalism is achieved as the wistful, poetic digressions of the narrator explore the inner currents of our four agents, their victims and rivals, contrasting poignantly with the stark, terse world of violence and subterfuge the characters externally occupy.

After this massive midway point, the last three episodes of La Flor seem to move progressively deeper into abstraction and further from the conventions of contemporary narrative. Episode Four is where La Flor’s commitment to meta-narrative mischief goes the farthest. Described by Llinás as being impossible to summarize, it’s a winking self-pastiche which unravels into threads of absurdist intrigue.

In the next two episodes, dialogue disappears as we move towards more deliberately archaic styles of filmmaking. Episode 5 is the clear outlier – a black and white, almost completely silent remake of Jean Renoir’s A Day in the Country, without the involvement of the four actors who united its previous storylines. It’s easy to wonder how this excursion connects with the rest of La Flor, but there’s a conceptual mischief at work that puts it in perspective: A Day in the Country was Jean Renoir’s unfinished film, but in the context of La Flor, that same story becomes the only “finished” installment.

Episode 6 is a cryptic historical piece, concerning “some captive women in the 19th century, who return from the desert, from the Indians.” For this sixth segment, I had expected some grand confrontational climax, perhaps something stylistically like a Western. I had expected a concluding ideological statement about history and colonization and art. But the sixth chapter of La Flor was something much smaller and more stripped-down – cryptic and hypnagogic, with a sense of hazy, uneasy pastoralism that evokes Picnic at Hanging Rock.

Intertitles referring to “savages” may seem concerning, but this is not Llinás’ word choice – as we learn, it is text from the diary of an Edwardian English woman who lived as a captive among Argentinian natives. Neither the natives nor the colonial society are ever shown directly, only the meditative and uncertain journey of our four protagonists thru isolated mountains and deserts.

The mysterious open steppes at dusk, where we see the closing shot of our last story, are also the staging for the footage in the extended closing credits – an upside down shot depicting a sort of party on the pampas where the cast and crew bask in the completion of their staggeringly vast work. Perhaps the characters’ journey back to settler society mirrors the viewer’s journey back from the wild yonder regions of filmic narrative, where anything can happen. “You never forget the desert”, as we are told in Episode 6’s final intertitle – and neither will viewers ever forget La Flor.

La Flor plays the weekend of Sep. 6–8, 2019. As Jackie mentioned, the film is 14 hours long, presented in four parts, each a little under 3.5 hours in length. A ticket purchased to one part grants entry to all parts. Only Part 1 will screen more than once.