** Co-curators Jaimie Baron, Lauren Berliner, and Greg Cohen will be joined by Adam Hyman of LA Filmforum to host a Zoom Q&A with filmmakers Jennifer Proctor, Penny Lane, Phoebe Tooke, and composer Wayne Grim on June 13 at 5pm PDT. We will send all registrants a link to join the Zoom that day! A recording of the conversation will accompany remaining screenings. ** 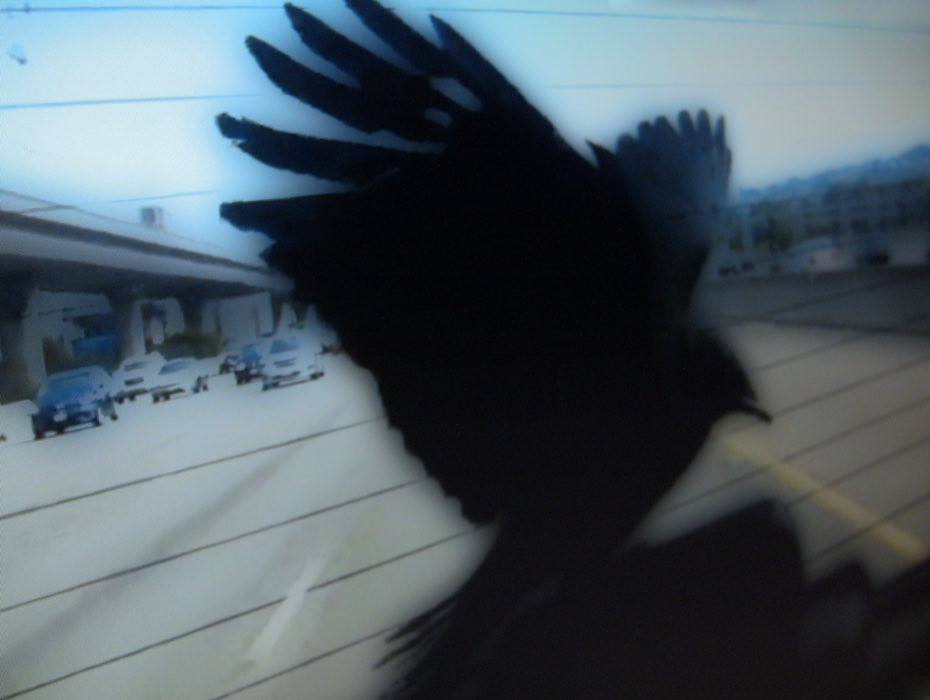 Collage or compilation. Found footage film or recycled cinema. Remix or détournement. Whatever one might call it, the practice of incorporating preexistent media into new artworks engenders novel juxtapositions, new ideas, and latent connotations… often entirely unrelated to the intentions of the original makers. In that regard, such works are truly “inappropriate.” Indeed, the act of (in)appropriation can reveal unimagined relationships between past and present, here and there, intention and subversion, artist and critic, and perhaps even compel us to reexamine what it means to be the “producer” or “consumer” of visual culture itself.

Fortunately for our purposes, the past decades have witnessed the emergence of countless new kinds of audiovisual material available for artistic (in)appropriation. In addition to official state and commercial archives, resources like vernacular collections, home movie repositories, and digital archives now provide the artist with a wealth of fascinating matter to reprocess, repurpose, and endow with new meaning and resonance.

Founded in 2009 and curated by Jaimie Baron, Greg Cohen, and Lauren Berliner, the Festival of (In)appropriation is a yearly showcase of contemporary, short-form, audiovisual works that appropriate existing film, video, or other media and redeploy them in “inappropriate” and inventive ways. This year marks the culmination of the Festival’s first decade, with a program that ranges from militant political documentary, uncanny TV supercuts, and raucous re-mix juggernauts, to quasi-DIY orphan film animations, haunting YouTube mash-ups oozing with existential teen angst, and a brooding digital experiment performed upon a single, black-and-white, still photograph.

Drew has escaped and is stalking Melinda, but who is hiding behind the mask? Film made by remixing and manipulating archival footage. (Gerard Freixes Ribera)

Nothing a Little Soap and Water Can’t Fix

In films, as in life, the bathtub is often considered a private space for women – a place not only to groom, but to relax, to think, to grieve, to be alone, to find sanctuary. For Hollywood, though, it’s also a place of naked vulnerability, where women narratively placed in harm’s way have no escape. Using appropriated movies, this experimental found footage work deconstructs the representations of women in this domestic space as historically framed in popular film. (Jennifer Proctor)

“Acting erratically” is a term typically used by law enforcement when they believe they are encountering someone experiencing mental distress. This short film explores the connections between freedom of movement and state sanctioned violence in the lives of NYC-based women and gender-non-conforming people of color by critically engaging with the archive and using found footage as metaphorical architecture. A narrative of resistance is explored through the first person by Mecca, who re-appropriates the idea of Acting Erratically as a powerful and performative response to systemic oppression and police violence. This film was made collaboratively with members of Picture The Homeless and Black Youth Project 100 (NYC Chapter). (Tuff Guts, et. al.)

“Women watch themselves being looked at.” – John Berger

This is a found footage animation film. It’s made from approximately 770 laser printed film stills, which were manipulated by hand—drawn upon with pastels and charcoal, torn and collaged—and then scanned and put together into an animation. The film stills were taken from Niklaus Schilling’s Nachtschatten (1972). (Anna Malina Zemlianski)

A supercut of television’s The First 48. (Aaron Valdez)

derivation of the mean lifetime

A poetic contemplation of the rate of decay and extinction. With subtle and meditative gestures, this film transforms from a still image into a blank canvas. (Phoebe Tooke)

The ancient myth of Persephone’s abduction retold through “drive with me” YouTube Vlogs. (Mille Feuille)

A sample-based video for now, about the time before now. Part experimental film, part music video and concept album, The Was is the collaborative meeting of Australian sample artists Soda_Jerk and The Avalanches. Constructed from over a hundred rotoscoped film samples, The Was is a de/tour de force through the neighborhoods of collective memory.

Phoebe Tooke, a native New Orleanian, is now a San Francisco based social worker turned filmmaker and video artist. She stays away from actors, so her work tends to be documentary and experimental in nature. She has had work screen at the Telluride Film Festival, Ann Arbor Film Festival, Silverdocs, Slamdance and the Black Maria Film Festival. She has received awards including a Student Academy Award from the Academy of Motion Pictures, a Golden Gate Award from the San Francisco International Film Festival and “Best Documentary Film” from the Documentary Film Institute. When not working on her own work, Phoebe can be found at the Exploratorium Museum working as a video producer. She received her MFA in Film Production from San Francisco State University in 2008.

Wayne Grim is a sound artist, musician, composer, and improviser. His work spans a variety of areas such as generative music, spontaneous composition, non-western musical techniques, improvisation, durational works, minimalism, noise, conceptual art, and the sonification of scientific phenomena. Wayne received his MFA in composition at Mills College in 2000. He currently curates and produces sound works for the Exploratorium Museum in San Francisco.