The opening credits of Orphea—co-directed by Alexander Kluge, polymathic elder statesman of the German avant-garde and lion of the New German Cinema, and the Filipino author, artist, musician, and insanely prolific film auteur Khavn—feature tasteful line drawings over soulful organ music. After that, all hell breaks loose. Literally. The stations of the classical Orpheus’ journey are given on title cards throughout, but this is not your middle school’s 1:1 retelling of a Greek myth.

Through the fire, darkness, and rock’n’roll of a mostly nocturnal Manila, the film’s gender-flipped protagonist, Orphea (played by Sundance and Berlinale favorite Lilith Stangenberg, Wild), searches this Hades not only for her lover, Euridiko (Ian Madrigal, Nymphomaniac), but also for the Apokatastasis panton, the redemption of all humankind from death. But how? Through music? Film itself? Art? But here is one of Orphea’s many dead ends: art is dead, per Ingmar Bergman (per Stangenberg, per Kluge and Khavn) and is at best the venomless skin of a departed snake, made to dance by an infestation of ants. Orphea turns to the work of the Soviet Biocosmists, who sought to overthrow death as part of the socialist struggle. Here and in an unexpectedly serious late movement on migration and refugees, the film’s subversive use of documentary and archival material activates the tradition of Godard and Marker.

If you think that meditations on the links among capitalism, art, and death are inconsistent with the specter of the radiant Stangenberg being pushed on a handcart through a Manila railyard singing cheesy Russian karaoke, Orphea will convince you otherwise. Orphea’s fast cutting rhythm, glee in greenscreen and lip-synching, and use of different film and digital mediums make clear its delight in surfaces, while its hits of unexpected pathos shows that those ants in the snakeskin are putting on a hell of a show. (Martin Schwartz)

“Kluge’s and Khavn’s film ultimately shows that the effect cinema has on its spectator is often mysterious, because its effect on the spectator is never fixed…In the end, Orphea shows that cinema is always comprised of conflict – the inevitable dialectics of cinematography. Orphea is a film to cherish.” – Sophie Cato Maas, Frameland

“Culled from a collage of highly stylized vignettes and with a conceptual fluidity of video art, Orphea plays out at times like a Brechtian operetta adapted for the screen and at others like an installation. One thing is certain: This freewheeling, epic love story is a rambunctious ride.” – Ela Bittencourt, Viennale 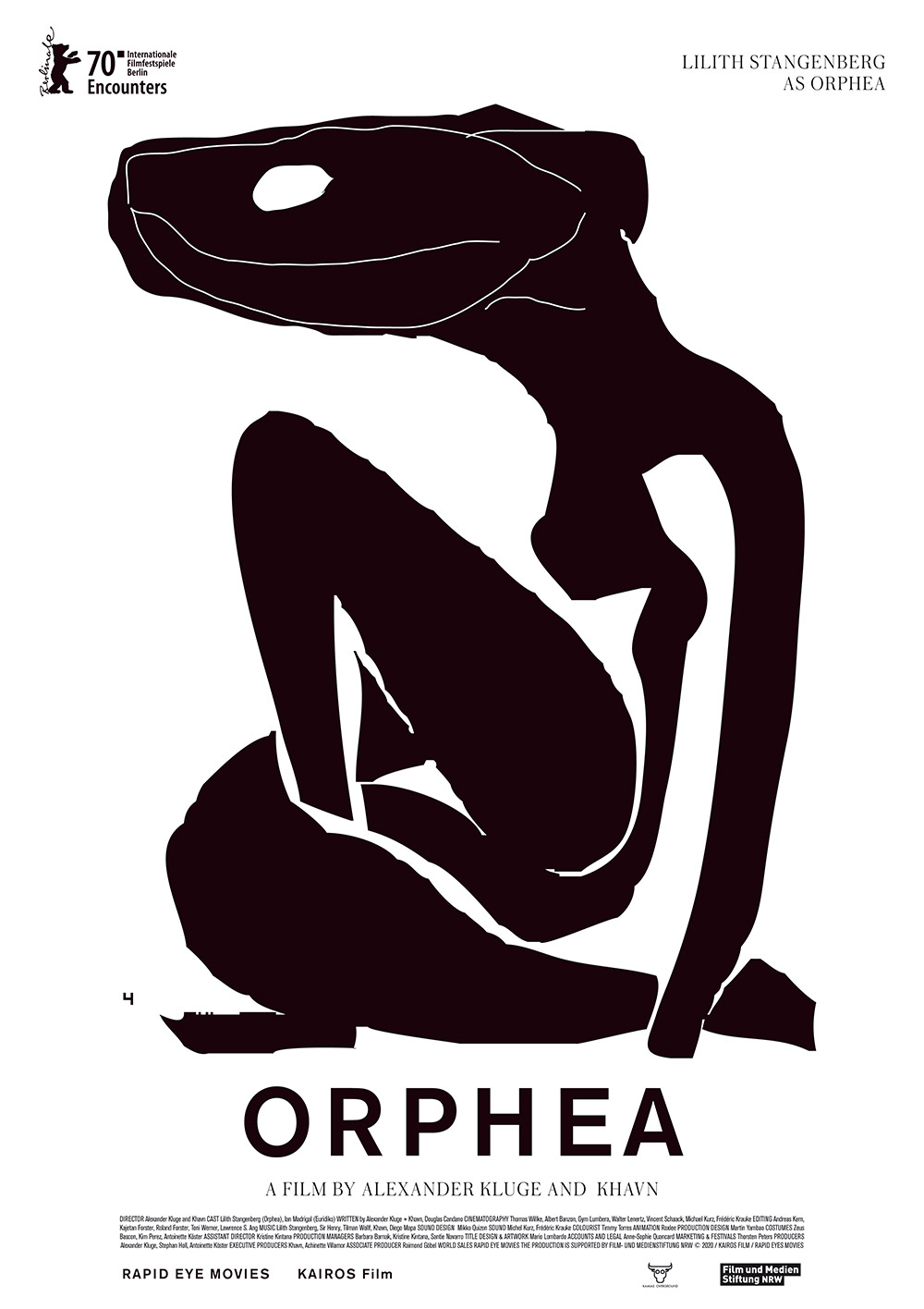 One of Germany’s preeminent artists and public intellectuals, German writer, philosopher, and filmmaker Alexander Kluge has had an immensely rich career that spans a full sixty years. Called by turns “the German Godard,” and “Adorno’s favorite son,” Kluge has lectured in poetics, written acclaimed novels and journalism, and collaborated with artists including Gerhard Richter.

Khavn (aka Khavn De La Cruz) is a Filipino poet, singer, songwriter, pianist and filmmaker. The founder and festival director of MOV International Film, Music and Literature Festival and the self-proclaimed “father of Philippine digital filmmaking,” Khavn has made 51 feature films.