Seattle Arabian Nights Festival seeks out and presents contemporary short films from all over the globe that provide insight into the artistic spirit, complexity, and diversity of the Arab world. Their goal is to empower new Arab storytelling talents by creating a unique ecosystem that connects and supports Arab film and media projects. Discover cinema’s next great genius at Seattle Arabian Nights! 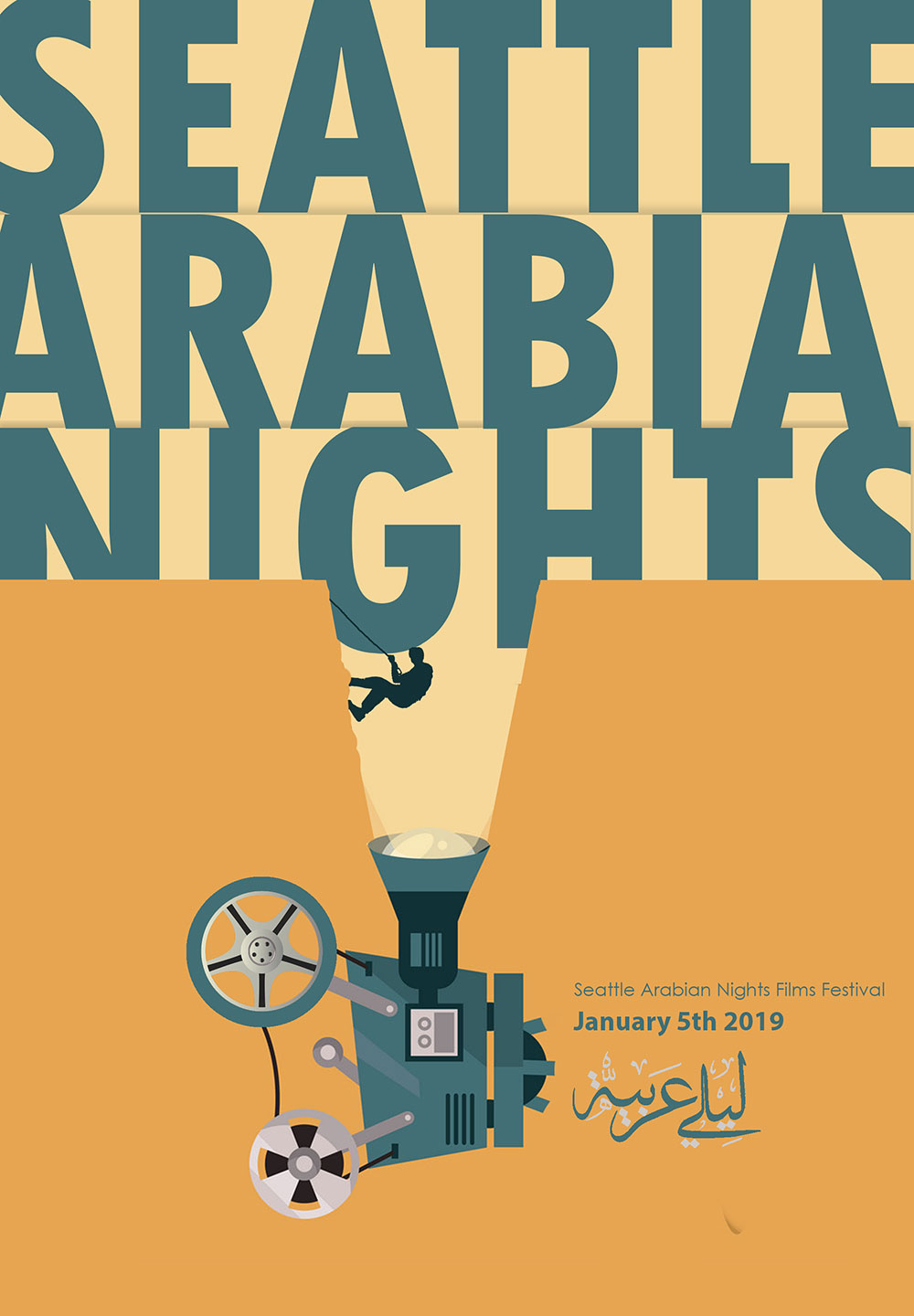 (Saleem Haddad, UK, 2019, 22 min)
Omar has been living in London for a decade. He spends his days working in the City, and his nights ignoring phone calls from his family back in Lebanon. One evening, restless after another pleading voicemail from his mother, he invites over Marco, a Spanish student newly-arrived in London, who’s doing sex work to earn some extra cash. But when Marco arrives, Omar can’t shake the feeling that something’s not quite right about the young man. As their night together progresses truths are revealed, defenses are lowered, and Omar discovers the lengths that Marco has gone to to arrive in London.

(Mike Mosallam, US, 2015, 9 min)
Brothers follows a Muslim Arab boy who realizes he is different, and is fortunate to have an older brother who stands by him and encourages him to be himself, in the face of bias and adversity. Written & directed by Mike Mosallam (Breaking Fast, All-American Muslim), this short film aims to shed light on LGBT-oppression in a familial, religious space that has yet to be portrayed on screen.

(Mike Mosallam, US, 2015, 18 min)
Mo, a practicing Muslim living in West Hollywood, is learning to navigate life post heartbreak. Enter Kal, an All-American guy who surprises Mo by offering to break fast with him during the holy month of Ramadan.

(Darine Hotait, US, 2015, 15 min)
Two Arab-American women in New York City fall in love, argue home and identity, engage in a chess battle, and express themselves through the power of the spoken word. I Say Dust explores poetry in cinema.

(Hena Ashraf, US, 2018, 10 min)
It’s Ramadan in Dearborn, Michigan. Suffering from acute anxiety, Roshan meets up with a friend, only to find her plans for the night completely disrupted.

SON OF A DANCER

(Georges Hazim, Lebanon, 2018, 21 min)
Majed, a 20-year-old man, is grieving the loss of his recently deceased mother. One day, he gets the shock of his life when he learns that she used to be a belly dancer. Torn between his relationship with his now-silent father, and Hanine, the woman who will help him overcome his grief; he takes a trip down memory lane in an attempt to discover the mysterious past of his mother.

(Aqsa Alta, US, 13 min)
Ubuntu is a coming-of-age story that follows Hakeem & Darren, best friends and star athletes navigating through the nuances of high school. When pushed to face their collective fears in social settings, Hakeem and Darren realize that staying true to their authentic self and supporting one another is what matters the most.

(Jake Graf, UK, 17 min)
Trevor’s life has become a void, following the passing of his wife and long term companion, Doris. Days run into weeks, as Trevor slowly finds himself isolated and alone, and unconcernedly slipping towards death. A chance encounter in the park with a mysterious stranger equally troubled by his own dark past jarringly reawakens him, and forces both men to start to live once again.

(Karim Boukhari, Morocco, 2015, 19 min)
A random afternoon, a movie theater lost within the noises of Casablanca. A young man buys a ticket, enters the cinema and dresses as a woman. But nothing goes as planned…