Travessias 2022 – Essays From the Future (Ensaios do futuro) [Hybrid]

Travessias 2022 is a hybrid virtual-and-in-person festival. There are three categories of festival pass: VIRTUAL, IN-PERSON, and HYBRID (virtual AND in-person), all available here. Proof of vaccination and masks are still required for NWFF patrons! Full Covid policies here. 😷

Can the future foresee the past? Can it reinvent the way we interpret the histories and documents that arrived in our time? Drawing on archival materials and oral testimonies, the films in this program introduce underrepresented groups or individuals as narrators of their own stories.

For the sake of public safety, NWFF patrons ages 5+ will be required to present proof of COVID-19 vaccination and wear masks that cover both nose and mouth while in the building. Disposable masks are available at the door for those who need them.

NWFF is adapting to evolving recommendations to protect the public from COVID-19. Read their full COVID-19 policies here.

Films in this program:

In Colmeia, a woman recently released from prison tells her story for the first time. Having christened herself Huri, she recounts how she faced judgment from neighbors and family members for defending herself from sexual assault. Set against a deceptively tranquil backdrop of lapping waves, Colmeia is intimate and poetic, enlivened with Huri’s interpretations of tarot and dreams.

Memories of Brazil’s history of slavery overflow into ethereal landscapes and harrowing noises. Through a poetic visual essay, an intimate sensory journey reflects on the silencing and erasure of Black people in the African diaspora.

Apiyemiyekî? explores Brazilian educator Egydio Schwade’s ambitious efforts to record the memories of the Waimiri-Atroari, a tribe native to the Amazon who suffered acutely under Brazil’s military dictatorship from 1964-1985. In the 1970’s, the government appropriated their land to build the BR-174 highway while subjecting the tribe to chemical weapons and deadly exogenous diseases. Apiyemiyeki tells this history non-linearly, to haunting and hypnotic effect. The film pulls from Schwade’s corpus of over 3,000 drawings made by Waimari-Atroari, later used as forensic evidence of genocide in a governmental truth commission. Inspired by the pioneering educator Paulo Freire, Schwade emphasized the Waimari-Atroari’s “sovereignty” as learners while teaching them written language at their urging. Through stylistic innovations, Apiyemiyekî? conjures an atmosphere of dread amid unearthed memories. In superimposing the tribe’s drawings onto unstable black-and-white landscapes, set to a dissonant score, Apiyemiyekî? captures the fractured nature of traumatic memories.

From domestic images, food reveals a way of living in community. 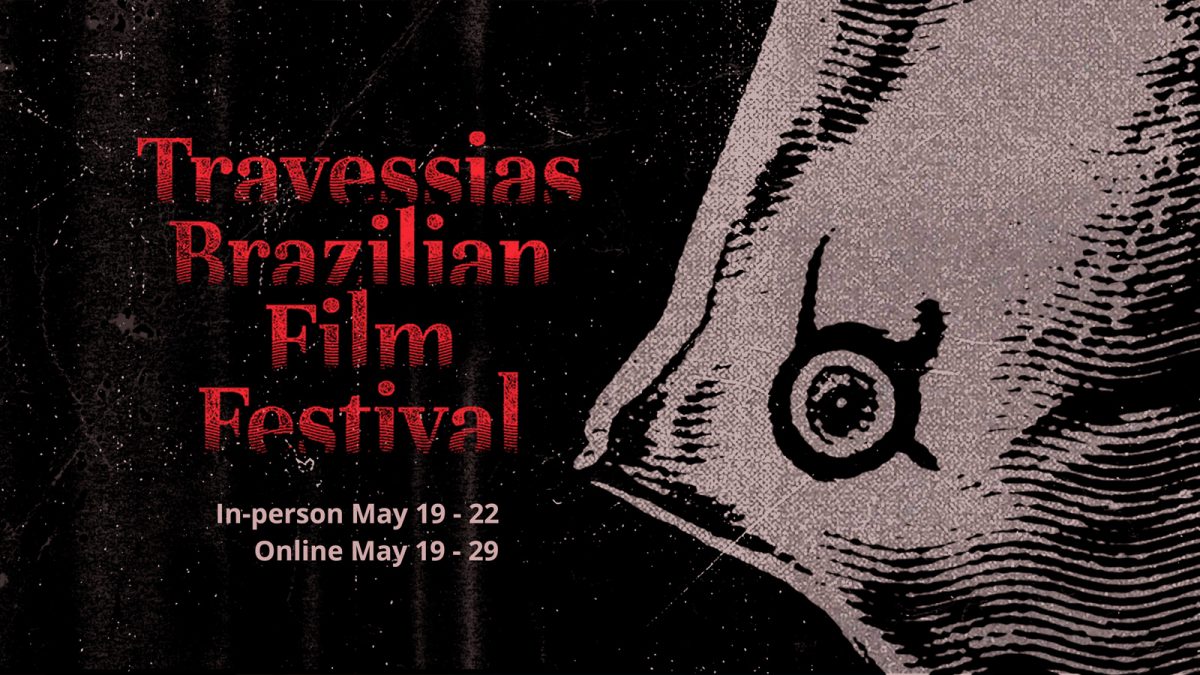 This festival of contemporary Brazilian film gives marginalized voices the mic in discussions of race, sexuality, and governance. The 2022 fest runs May 19–22 in person, May 19–29 online. Travessias 2022 is curated by Calac Nogueira and Livia Lima, with support from Brazilian cinema scholar Emanuella Leite Rodrigues de Moraes, and Jonathan Warren, Professor and Director of the Center for Brazilian Studies.