Originally presented as part of the Future//Present film series (now entering its third year) at the Vancouver International Film Festival, this curated selection features six debuts and one sophomore feature that exemplify the best from an exciting new generation of Canadian independent cinema. Predominantly made outside of conventional funding models and with minimal resources, these striking and unique visions are bold in both form and production.

“The program represents a significant, if belated, gesture of recognition for a new generation of young Canadian filmmaking talent that has emerged over the last half-decade. Like the work of contemporaries Matt Johnson, Anne Émond, Kazik Radwanski and Andrew Cividino, the films in the Future//Present program speak to both a distinct national sensibility and a broad cinematic outlook, applying a number of styles and narrative techniques to stories as culturally specific as they are universally engaging.” – Jordan Cronk, Cinema Scope 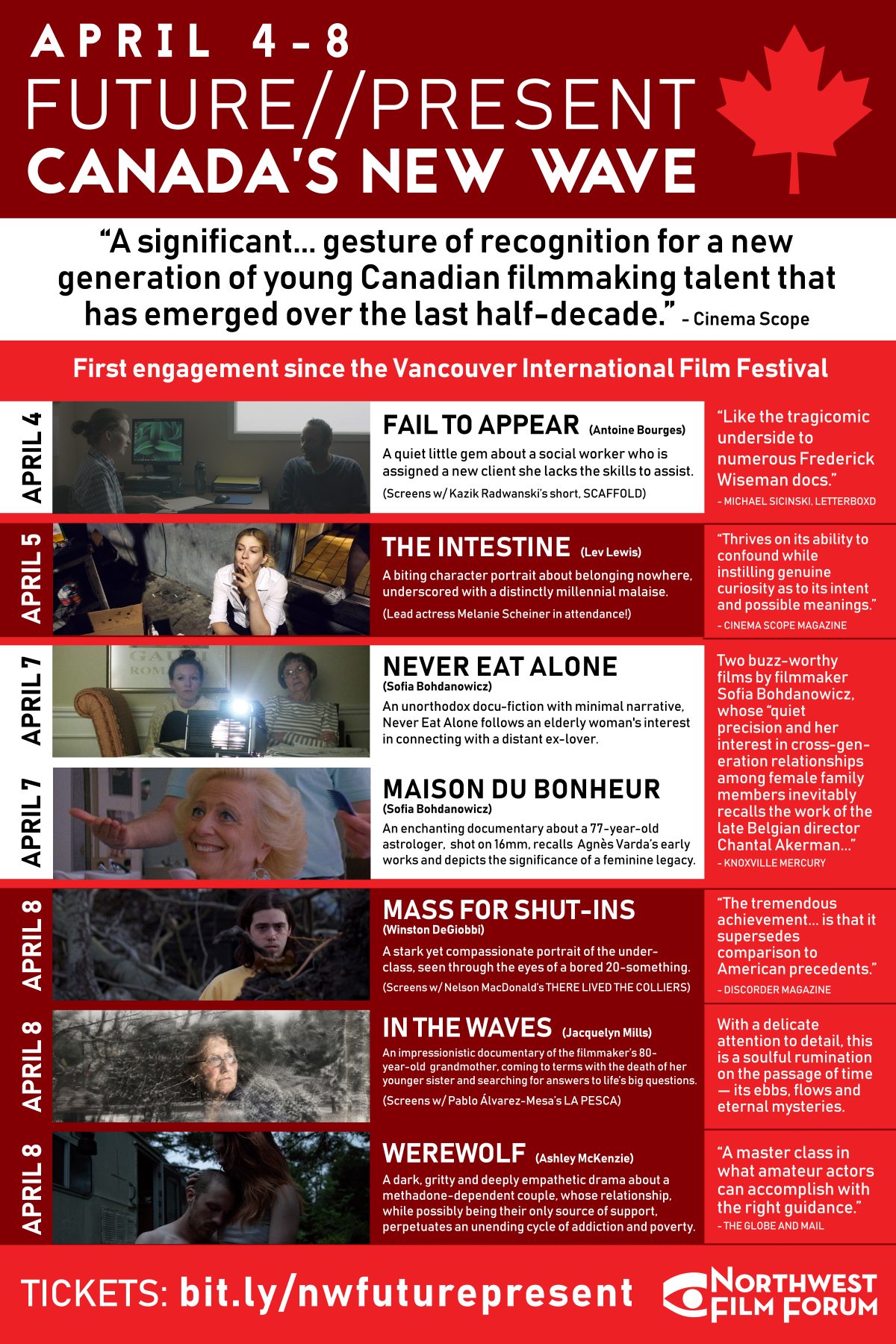 Future//Present – Mass for Shut-Ins (w/ There Lived the Colliers)