Tripoli, Lebanon, in the 1960s was a hotbed for art and intellectuals, poised to become the gateway for modern thinkers to all the Middle East. World-famous Brazilian architect Oscar Niemeyer came to build the springboard: an international fairgrounds in the most spectacular modern design. However, as the project neared completion, civil war halted construction indefinitely. Today, Tripoli is a shell of its former, boisterous self and the near-completed fairgrounds seem only a remnant of the past. However, for the city’s people, the fairgrounds are still alight with hope and a sense of identity. Could there still be spring enough in them to launch Tripoli back to its former glory? 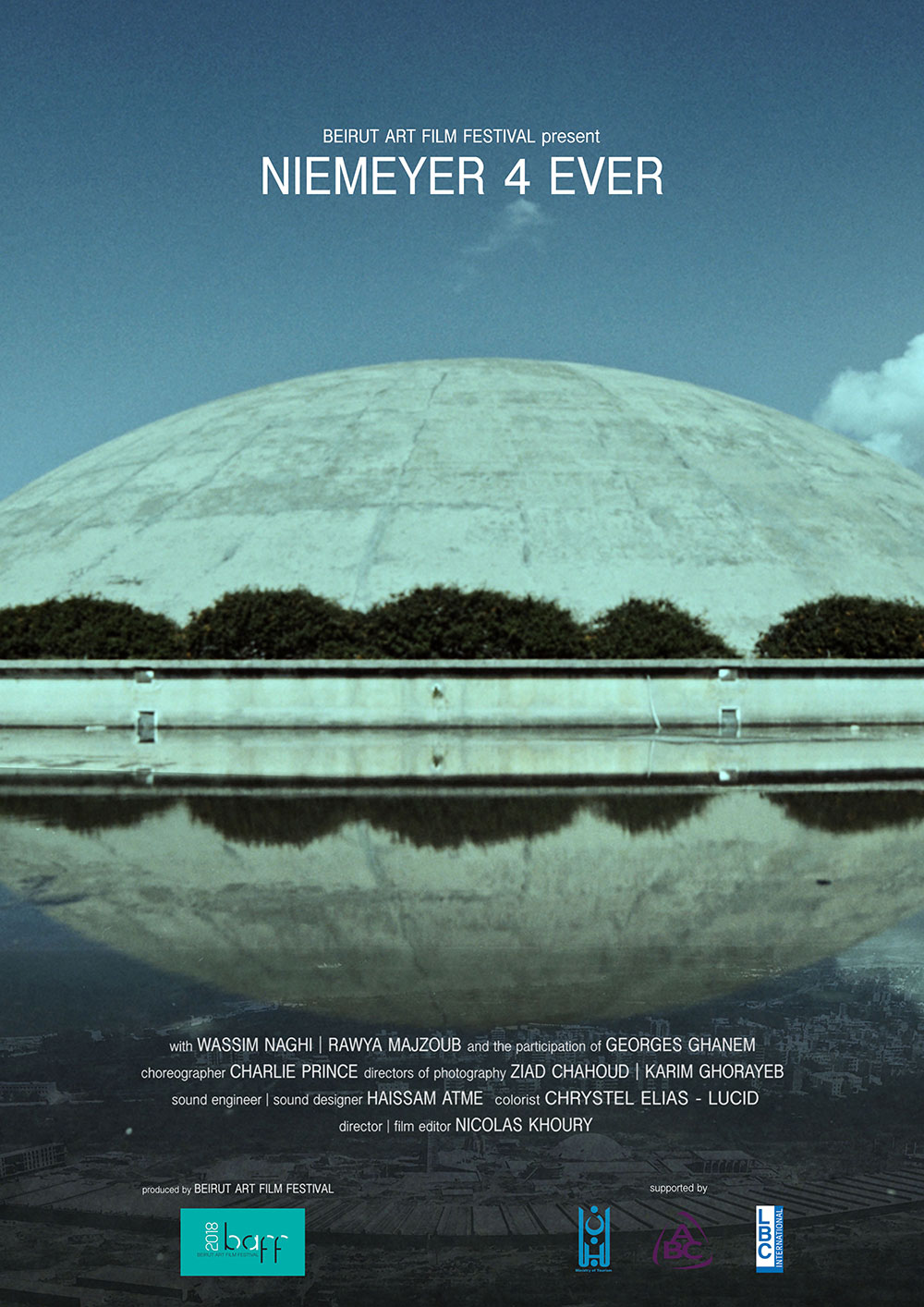 Animated light projections begin by highlighting each individual dancer’s movements, and converge over time into a symphony of light volumes and choreography. The growing complexity in the projected frames echoes the synergy that builds.

Director Erin Cuevas is committed to challenging the intersection of culture, digital behavior and architecture. Erin is an architect and founder of Project XYZ, a scenography production company composed of architects, dancers, choreographers, and film-makers. She is also a co-founder of Curious Minds Los Angeles, an architecture firm which aims to produce fluid interaction between humans and their material and immaterial environments.

Joy Dayaw is a licensed architect in the Consumer Experiences Studio of MG2 and holds a Bachelor of Architecture degree from the University of Southern California. She has worked on several restaurant projects along the Pacific coast creating branded environments that are tailored to the operational and aesthetic qualities of each client.  Within the performative arts, Joy has performed with various dance groups including USC Repertory Dance Company and Evoke Dance Company.  She is also slated to perform in this Seattle’s Tint Dance Festival scheduled to occur later this year. A lifetime of dance, combined with her architectural background, fuels Joy’s passion to explore the intersection of these two art forms through Project XYZ.

Astana, City of the Future?

Kazakhstan’s rapidly-expanding capital city is rife with innovation and futuristic design, as prescribed by the government. As historically nomadic people, the Kazakhs are hesitant to adopt the rigidity of city living, especially considering their recent memories of Soviet urban design. Many citizens from around the country come to work in Astana, but few call this city-in-scaffolding their home. The government can sculpt a skyline, but can it cultivate a national identity through architecture?

Laurier Fourniau is a young French director of both fiction and documentary films. He has been traveling since childhood and lived abroad in countries as diverse as Uzbekistan, Turkey, and the USA, where he did an exchange program at UCLA. After finishing a prestigious program in literature and philosophy in Bordeaux, he received a Masters degree in writing/directing from La Sorbonne. Passionate about many creative fields, he pursued his studies in editing and cinematography at INSAS film school in Brussels, in addition to his work in music and photography.

ByDesign [Online] 2020 – Livingston: The Man and the Method (Método Livingston)