Two years after his wife’s unexpected death, Yusuke Kafuku (Hidetoshi Nishijima), a renowned stage actor and director, receives an offer to direct a production of Uncle Vanya at a theater festival in Hiroshima. There, he meets Misaki Watari (Toko Miura), a taciturn young woman assigned by the festival to chauffeur him in his beloved red Saab 900. As the production’s premiere approaches, tensions mount amongst the cast and crew, not least between Yusuke and Koji Takatsuki, a handsome TV star who shares an unwelcome connection to Yusuke’s late wife. Forced to confront painful truths raised from his past, Yusuke begins – with the help of his driver – to face the haunting mysteries his wife left behind. Adapted from Haruki Murakami’s short story, Ryusuke Hamaguchi’s Drive My Car is a haunting road movie traveling a path of love, loss, acceptance, and peace.

“It’s an intricately structured drama about love and loss, and the ways in which art can and can’t compensate for some of life’s disappointments. I’ll be surprised if I see a more absorbing movie this year, or a better one.” – Justin Chang, NPR

“Hamaguchi’s touch — delicate, precise, restrained, gentle — overwhelms in increments. His reserve is essential to his visual and narrative approach but also feels like a worldview.” – The New York Times

“The film’s meticulous commitment to unhurried emotional introspection might appear to be an overindulgence when considering its three-hour runtime, yet Hamaguchi and co-writer Takamasa Oe gracefully unfurl Murakami’s original story into a melancholy meditation of pain and performance that remains ever-enthralling.” – Paste Magazine 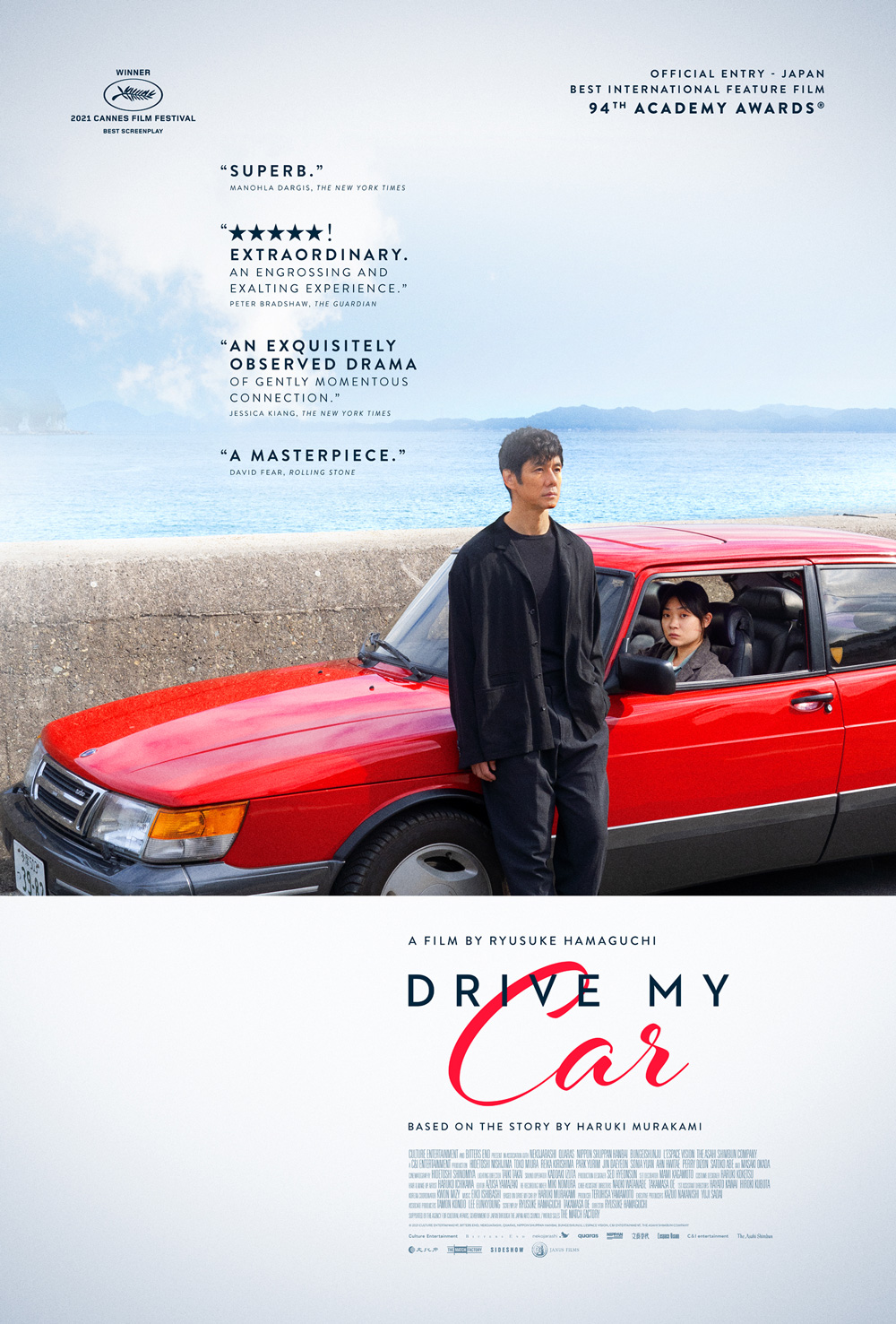 Swimming Out Till the Sea Turns Blue (一直游到海水变蓝) [In-Person Only]