After the film, watch a conversation between Frederick Wiseman and Boston Mayor Martin J. Walsh!

City government touches almost every aspect of our lives. Most residents are unaware of or take for granted these necessary services such as police, fire, sanitation, veterans’ affairs, elder support, parks, licensing of various professional activities, recordkeeping of birth, marriage and death, as well as hundreds of other activities that support Boston residents and visitors. City Hall, by Frederick Wiseman, shows the efforts by Boston city government to provide these services. The film also illustrates the variety of ways the city administration enters into civil discourse with the citizens of Boston. Mayor Martin J. Walsh and his administration are presented addressing a number of their policy priorities which include racial justice, affordable housing, climate action, and homelessness. City Hall shows a city government successfully offering a wide variety of services to a diverse population.

“With City Hall, his 45th feature, he has composed another epic from a series of intricate, carefully arranged miniatures, a four-and-a-half-hour sprawl of a movie that will leave you admiring its agility and concision.” – Justin Chang, Los Angeles Times

“By the time City Hall arrives at its breathtaking final shots, Wiseman has crafted such an advanced case for understanding every aspect of local governance that it leads to the impression that America would be a better place if everyone experienced it.” – Eric Kohn, indieWire

“The result is not a portrait of a city, really. Refreshingly – and maybe even a little surprisingly – it’s a portrait of a government that actually seems to be working for its citizens.” – Alissa Wilkinson, Vox 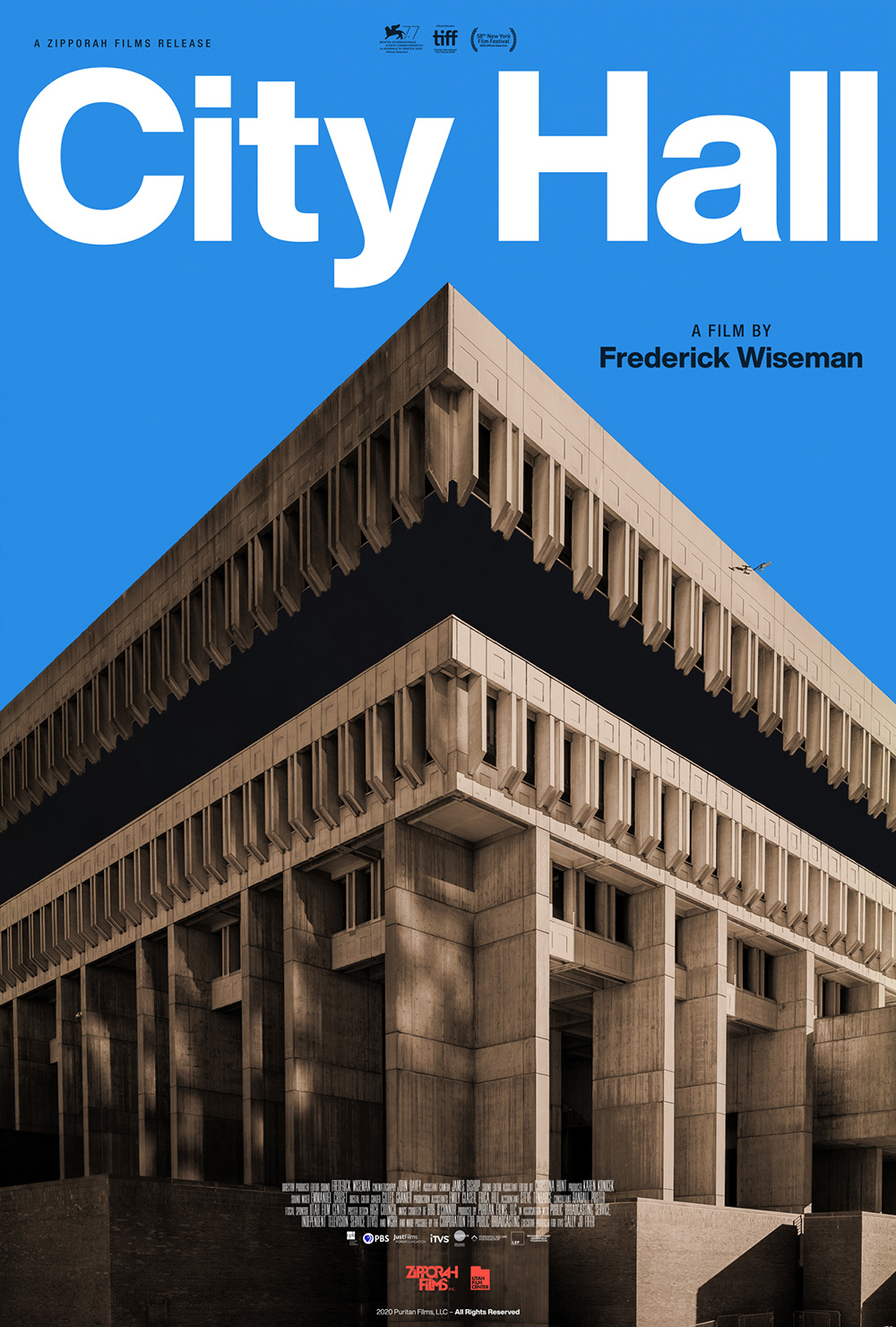