An unsentimental elegy to the American West, Sweetgrass follows the last modern-day cowboys to lead their flocks of sheep up into Montana’s breathtaking and often dangerous Absaroka-Beartooth mountains for summer pasture. This astonishingly beautiful yet unsparing film reveals a world in which nature and culture, animals and humans, vulnerability and violence are all intimately meshed.

“A tenaciously observed and a quietly absorbing ethnography about a pair of shepherds leading some 3,000 sheep on a 150-mile journey up into Montana’s Absaroka-Beartooth Mountains for summer pasture.” – Sukhdev Sandhu, Daily Telegraph

“The images, including sheep on the move up near vertical hills, are remarkable, the landscape spectacular, the unsentimental account of back-breaking, backside-aching work impressive.” – Philip French, Guardian

“This beautiful and hypnotic documentary shows the agony and the ecstasy of herding sheep up into Montana’s Beartooth mountains for the summer pasture.” – Peter Bradshaw, Guardian

“Strange to relate that one of the year’s most striking cinematic experiences so far is a documentary starring 3,000 sheep.” – Kieron Corless, Sight and Sound

“It would be foolish not to experience this film.” – Dominic Radcliffe, Little White Lies 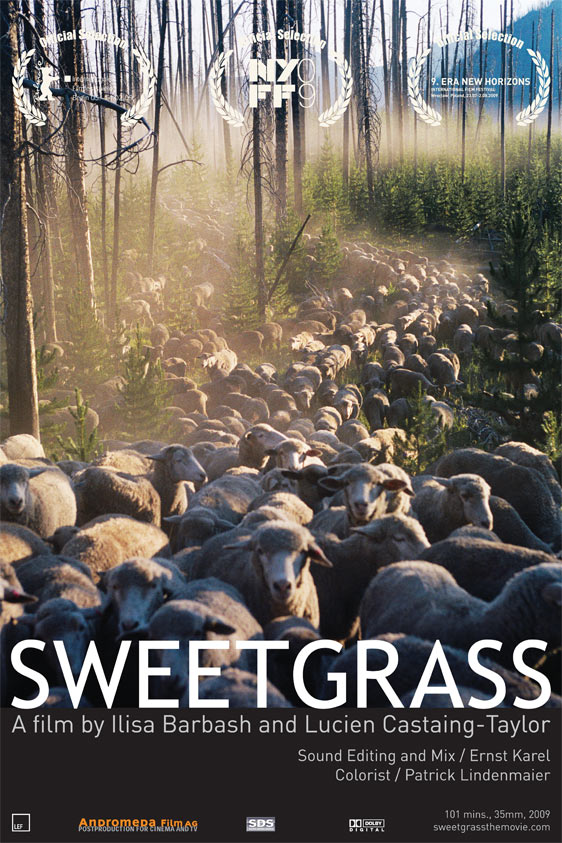