Manny Kirchheimer is one of the great masters of the American city symphony, as is clear from films like Stations of the Elevated (1981) and Dream of a City. In his latest work, the 88-year-old Kirchheimer has meticulously restored and constructed 16mm black-and-white footage that he and Walter Hess shot in New York between 1958 and 1960. This lustrous evocation of a different rhythm of life captures the in-between moments—kids playing stickball, window washers, folks reading newspapers on their stoops—and the architectural beauty of urban spaces, set to the stirring sounds of Ravel, Bach, Eisler, and Count Basie. The breathtaking footage was shot in several distinct New York neighborhoods, including Washington Heights, the Upper West Side, and Hell’s Kitchen, and features impressionistic stops throughout the city, making time for an auto junkyard in Inwood, a cemetery in Queens, and the elegant buildings of the financial district.

Photo credit for all images on this page: A scene from Manfred Kirchheimer’s “Free Time.” Courtesy of Grasshopper Film. 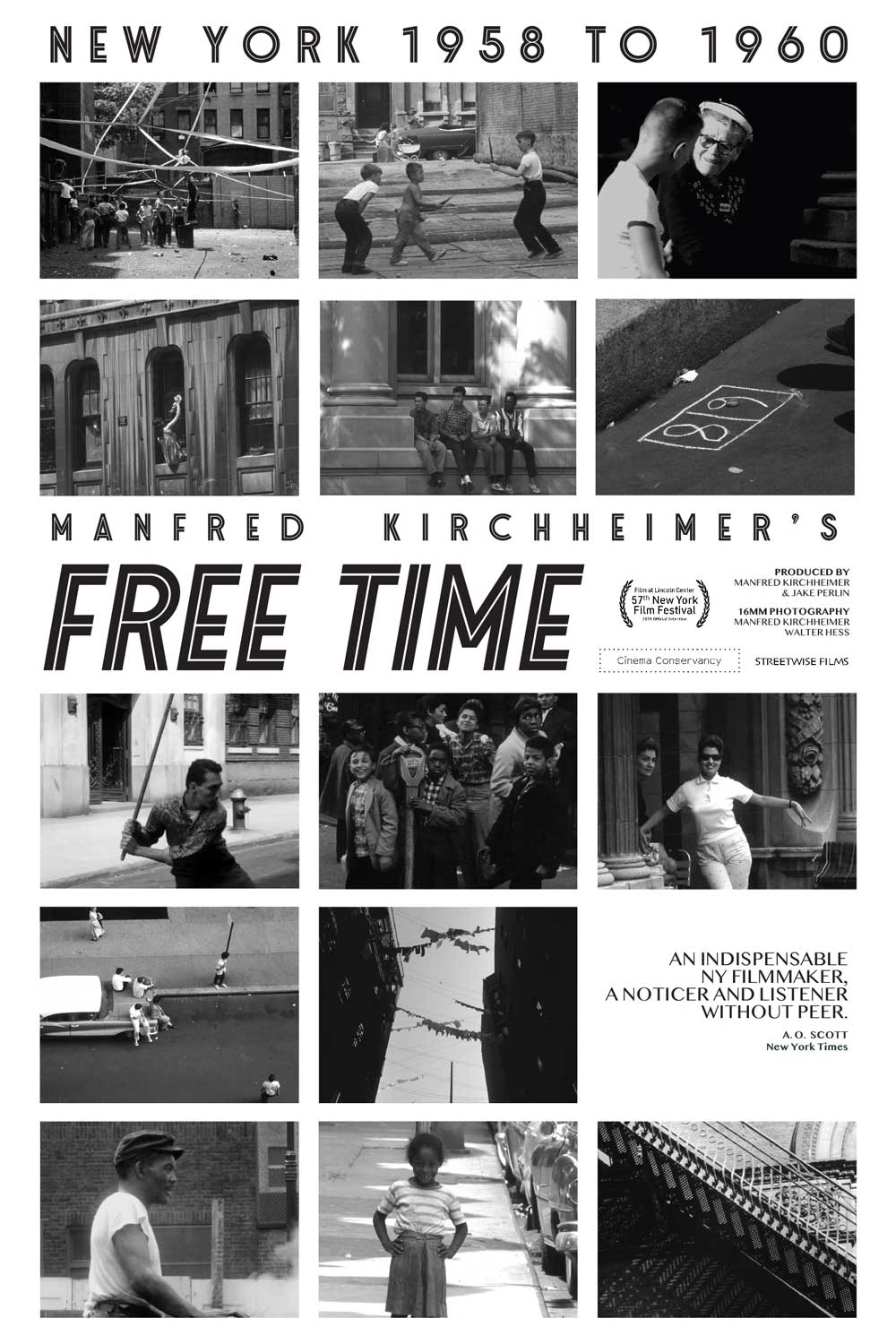