What’s On
Calendar
IRIS: A Space Opera by Justice

IRIS: A Space Opera by Justice

** SOLD OUT! But if you wanna dance with us, come to the opening night of our Local Sightings Film Festival on September 20th! **

The band Justice created a unique live performance filmed especially for cinemas. Adapted from the live show “Woman Worldwide,” widely considered to be one of the greatest electro concerts ever produced, Iris: A Space Opera by Justice is a totally immersive visual and auditory experience.

This one-time-only U.S. concert film is introduced with a 24-minute “making-of” documentary featuring interviews with Justice and the creative team behind this extraordinary show.

** Note: The film contains sequences of flashing lights which may affect customers who are susceptible to photosensitive epilepsy or other photo sensitivities. ** 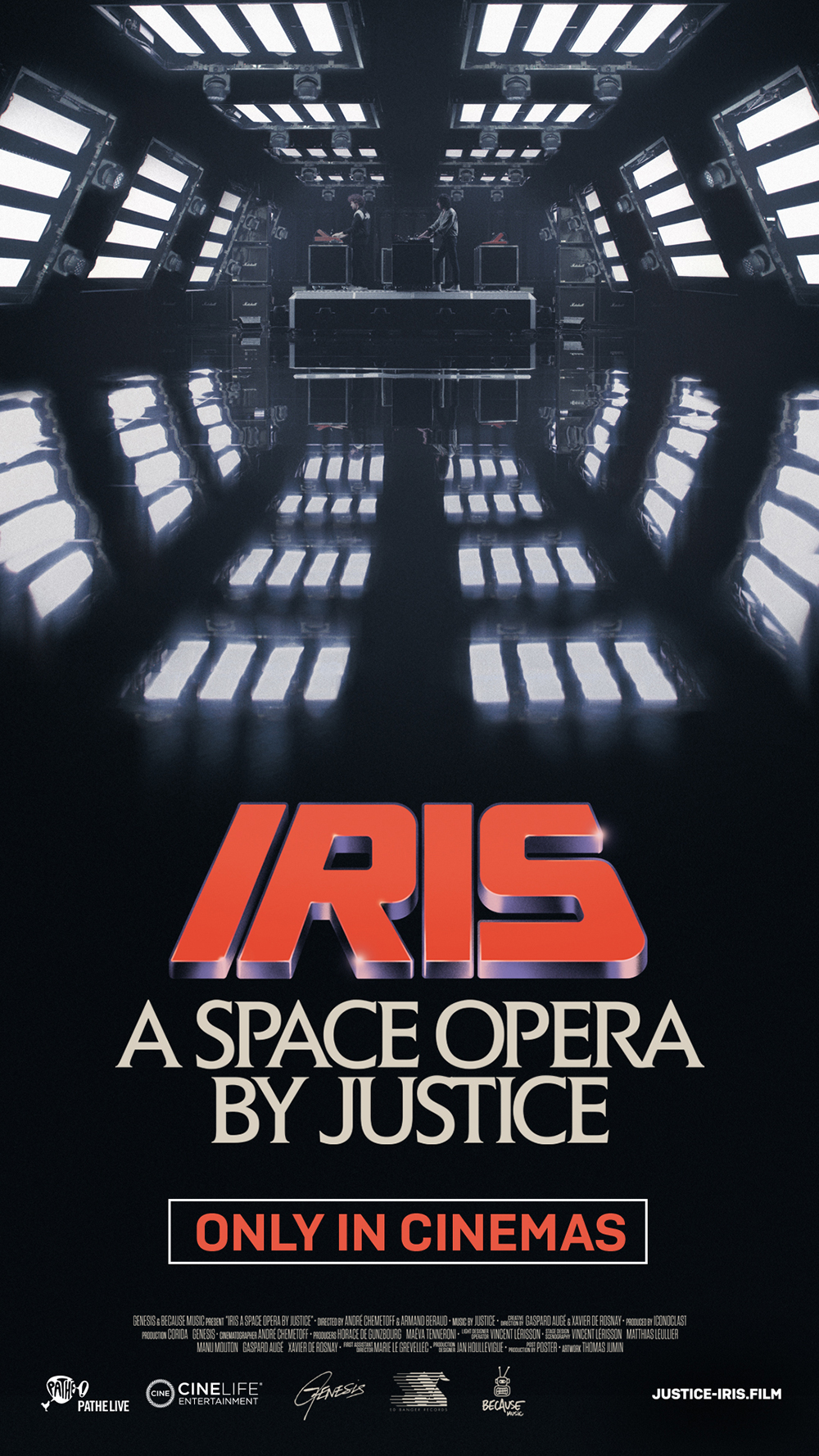