** This film is only available to viewers in the US. **

In search of a place to sleep, a melancholy girl roams the big city. On the way she meets young mothers who celebrate their motherhood as a religious revival experience, finds shelter with an abstinent existentialist for whom sex is “just another market,” and waits in a drag bar “for the end of capitalism.” Her attempt to write a book halts at the first sentence of the second chapter, and she finds no place between art galleries, yoga studios, and the beds of strange men. Instead of finding where she fits in, the girl begins to see her depression as a political issue.

In 15 comical encounters, Aren’t You Happy explores our postmodern society between precarity and self-marketing, serial monogamy and neo-spirituality, disillusionment, and the compulsion to be happy. Susanne Heinrich’s debut film is a savvy mélange of pop, feminism, and cheeky humor.

“In the beginning was my discomfort in society […] In a seminar on Queer Theory I came into contact with Karen Michalski’s Alphabet of Feeling Bad, a video work about negative feelings. Seeing this work changed everything. I would probably never have thought of seeing depression not as a fault, illness or individual failure, but rather to politicize it in the context of neoliberal labor and gender relations, for example.” – Susanne Heinrich 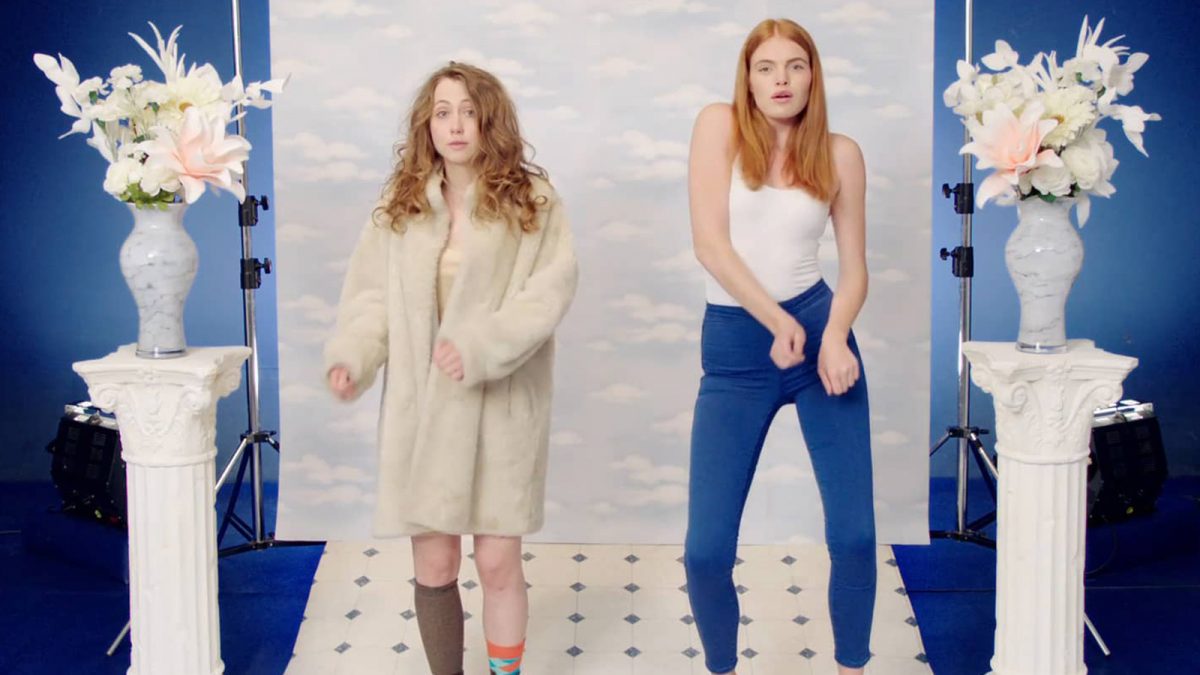 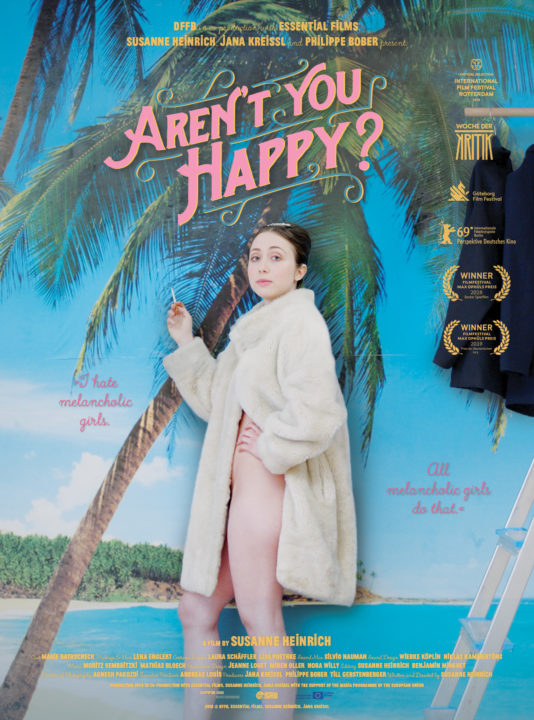 Susanne Heinrich, a pastor’s daughter from East Germany, has written four books between the ages of 19 and 25 (most recently American Emotions, Dumont 2011) and has been invited to the Bachmann Prize in Klagenfurt, the Villa Aurora L.A. and the Casa Baldi Olevano Romano (Villa Massimo). She has also sung in various bands and pursued other artistic projects. With her first short film she was accepted at the German Film and Television Academy Berlin (dffb). Aren’t You Happy is her first film.

Agnesh Pakozdi was born in Budapest, Hungary. A former economist, she studied film art and image design in Budapest, at the Berlin University of the Arts, and at the German Film and Television Academy Berlin (dffb). She continued her education at the Global Cinematography Institute in Los Angeles in 2015. In the last decade, she has made three full-length feature films, more than 20 short films and numerous documentary films as well as art projects as an image designer, in Germany, Georgia, Switzerland, USA, Egypt, Russia, Kyrgyzstan and Hungary. Her films have been shown at international festivals, including Rotterdam, Cannes, Oberhausen, Angers, the Viennale, and the Week of Film Criticism.