What’s On
Calendar
The Queen

More than 40 years before RuPaul’s Drag Race, this ground-breaking documentary about the 1967 Miss All-America Camp Beauty Pageant introduced audiences to the world of competitive drag. The film takes us backstage to kiki with the contestants as they rehearse, throw shade, and transform into their drag personas in the lead-up to the big event. Organized by LGBT icon and activist Flawless Sabrina, the competition boasted a star-studded panel of judges including Andy Warhol and his superstars Edie Sedgwick and Mario Montez. But perhaps most memorable is an epic diatribe calling out the pageant scene’s racial bias delivered by Crystal LaBeija, who would go on to form the influential House of LaBeija, heavily featured in Paris Is Burning (1990). A vibrant piece of LGBT history, The Queen can now be seen in full resplendence thanks to a new restoration from the original camera negative.

Description and all photos on this page courtesy of Kino Lorber.

“it’s extraordinary because it captures so much, doubling as a time capsule of a generation’s innocence and fashion-forward sophistication.” – Rolling Stone

“But what makes “The Queen” special is its ability to take us back in time, letting us be flies on the wall as pioneers of the soon-to-be-born LGBTQ movement grapple with boyfriend issues, the Vietnam War, family problems — and with being underground in a society where cross-dressing can be a crime.” – San Francisco Chronicle

In just 4 years, Seattle drag entertainer Cookie Couture has gone from drag ingenue to a leading force in the Seattle drag community, hosting & producing monthly drag shows Queen4Queen (Pony) & West End Girls (Skylark), as well as the resident DJ at Sped Up (Re-bar) and hostess of R Place’s RuPaul’s Drag Race viewing parties & their incredibly popular local drag competition show So You Think You Can Drag? When Cookie‘s not applying metric tons of make-up to her face, she enjoys spending time with her family, hanging out with her Bulldog & laughing at her own jokes. Follow Cookie‘s escapades on Instagram at @cookiecouturequeen

Photo is by Keith Johnson @paradeimages 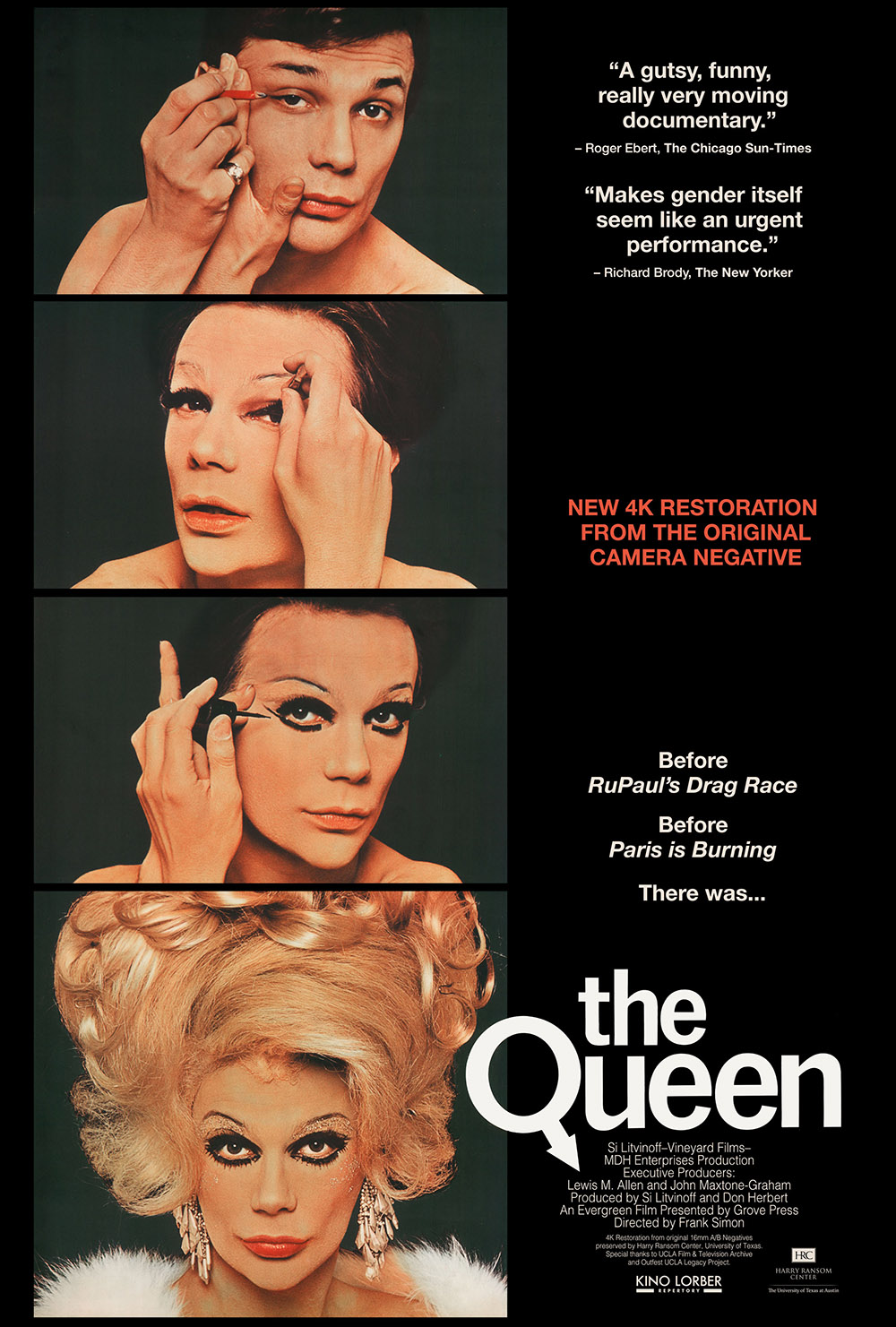