What’s On
Series
Lumberjacks and Logrollers: Icons of Finnish Cinema

Celebrating 100 years of Finnish independence, Northwest Film Forum invites you to put on your best flannels and come revel at foresting Finns on the silver screen, from silent drama to merry musical, for what will be the most comprehensive survey of the lumberjack and logroller genre to date.

A genre in itself, the lumberjack film boasted heroes that could steer logs through rapids and split trees in half. The lumberjack has been a legendary figure of Scandinavian lore for quite some time, as Scandinavians were key players in the logging industry, and Finland is a place where this tradition still actively lives on in log rolling contests. Evidence can be found in the many films made in Finland from the 1920s onwards, when considerable efforts were made to define itself and its people after the 1917 independence from Russia. The postwar period also saw a steep rise in the demand for timber, boosting Finland’s economy and easing the 1930s Depression. With the migration of many Scandinavian timber-men and – women to the United States and Canada in the early twentieth century, the lumberjack myth took on international proportions in the guise of mythical figures such as Paul Bunyan.

The genre was thus strongly rooted in Finland’s economy and culturally the lumberjack became an even more important figure after the 1905 publication of Johannes Linnankoski’s Laulu tulipunaisesta kukasta (Song of the Scarlet Flower), which provided the basis for many film adaptations; most notably Finnish director Mauritz Stiller’s 1919 version for the Swedish company Svenska Bio and Teuvo Tulio’s 1938 version for Suomen Filmi. Lumberjacks and logrollers became important onscreen characters and thrived in the Golden Age of Finnish Cinema in the 1930s, which combined an aesthetic appreciation of Finnish landscapes with tales of working-class people and lots of boisterous singing. 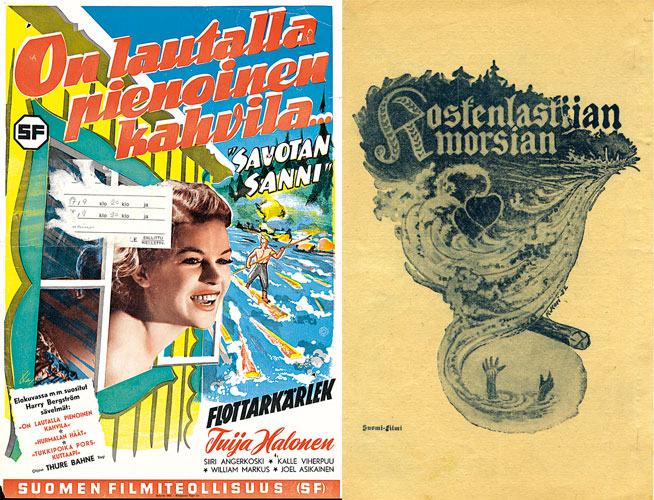 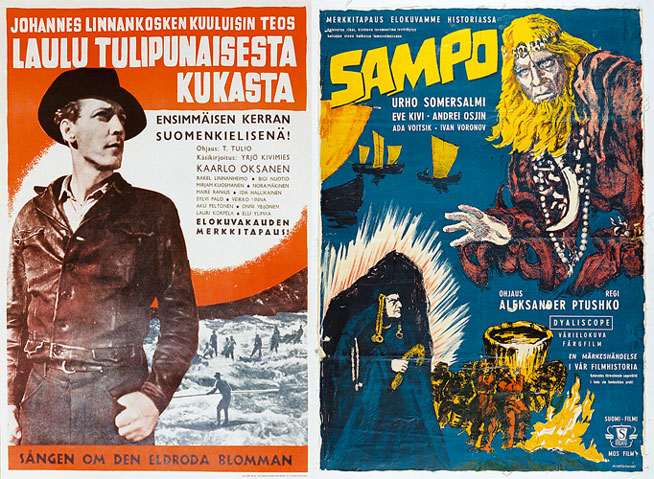