** Followed by a Q&A with festival curator Dr. Vito Adriaensens **

Ferryboat Romance was the feature film directing debut of renowned Finnish actor Thure Bahne, who had been a mainstay in Finnish cinema since the 1930s. The film has the stunning journalist Sanni (Tuija Halonen) visiting the countryside to write about the timber industry. Looking for a room she is immediately thrust into the merry community of loggers, always up for a song, but one of them, Hurma-Jussi, is a little too persistent. Luckily, she is saved from Hurma-Jussi’s claws by the handsome lumberjack Eräs (William Markus). Sanni learns about the community by working as an assistant to cook Marleena (played by Finnish icon Siiri Angerkoski), who is pursued by the jolly oaf Metku (character actor Kalle Viherpuu). Persistently rejected by Sanni, Hurma-Jussi turns to drastic measures and kidnaps her, but he has underestimated her friends in the small logging community. The film is beautifully shot and not only wonderfully portrays the romance between a young couple, but even more so the love between the older Marleena and Metku. 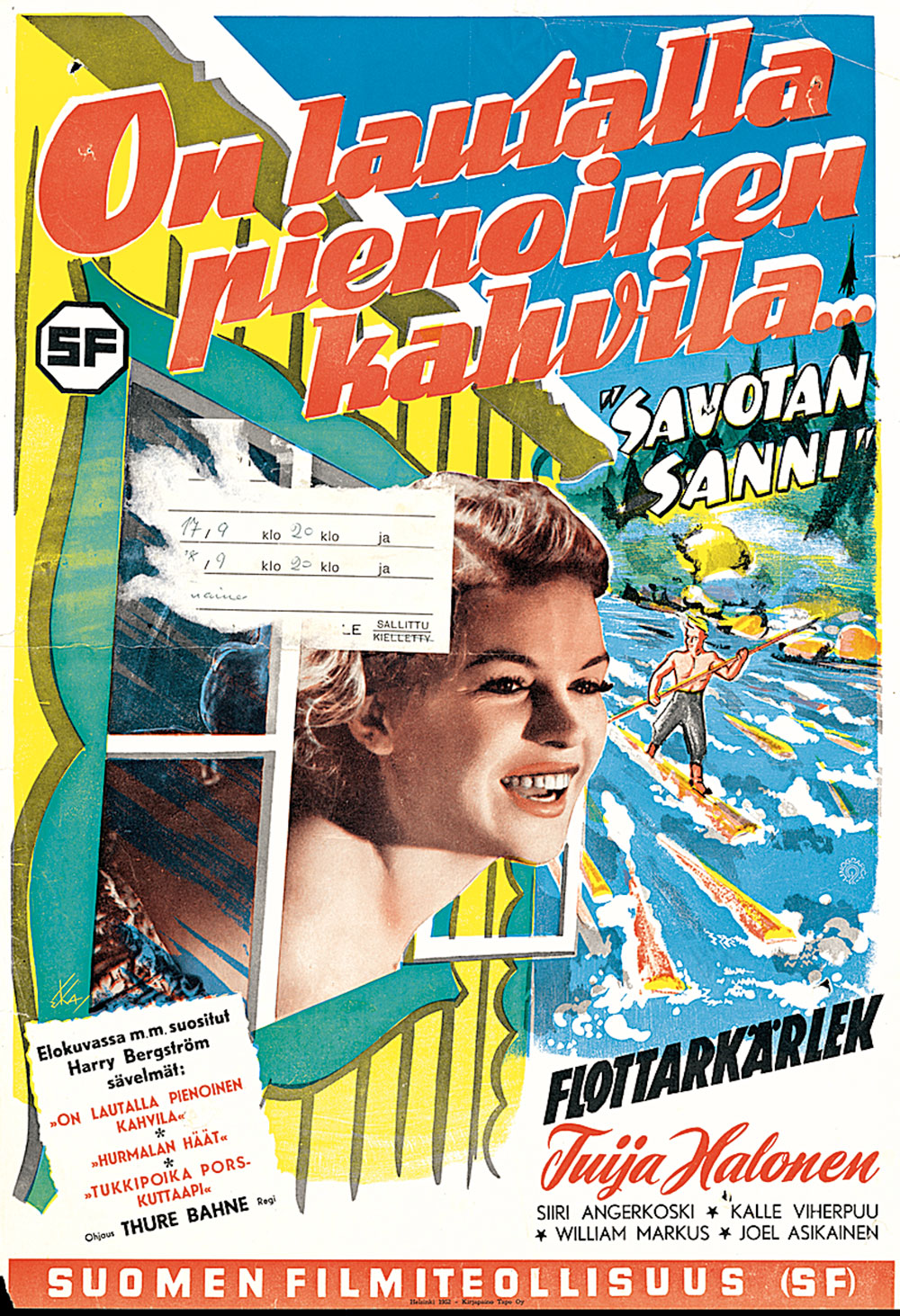 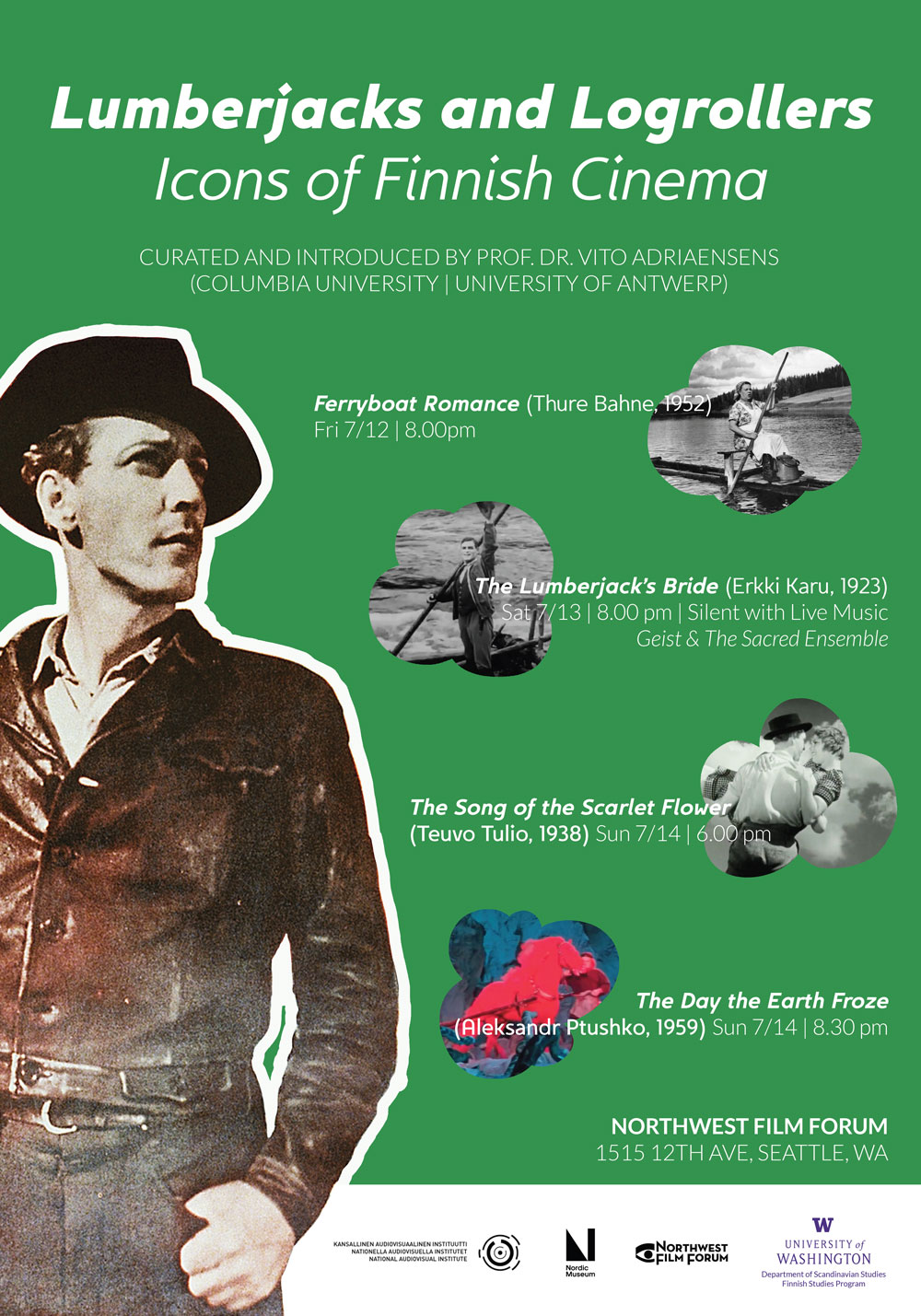